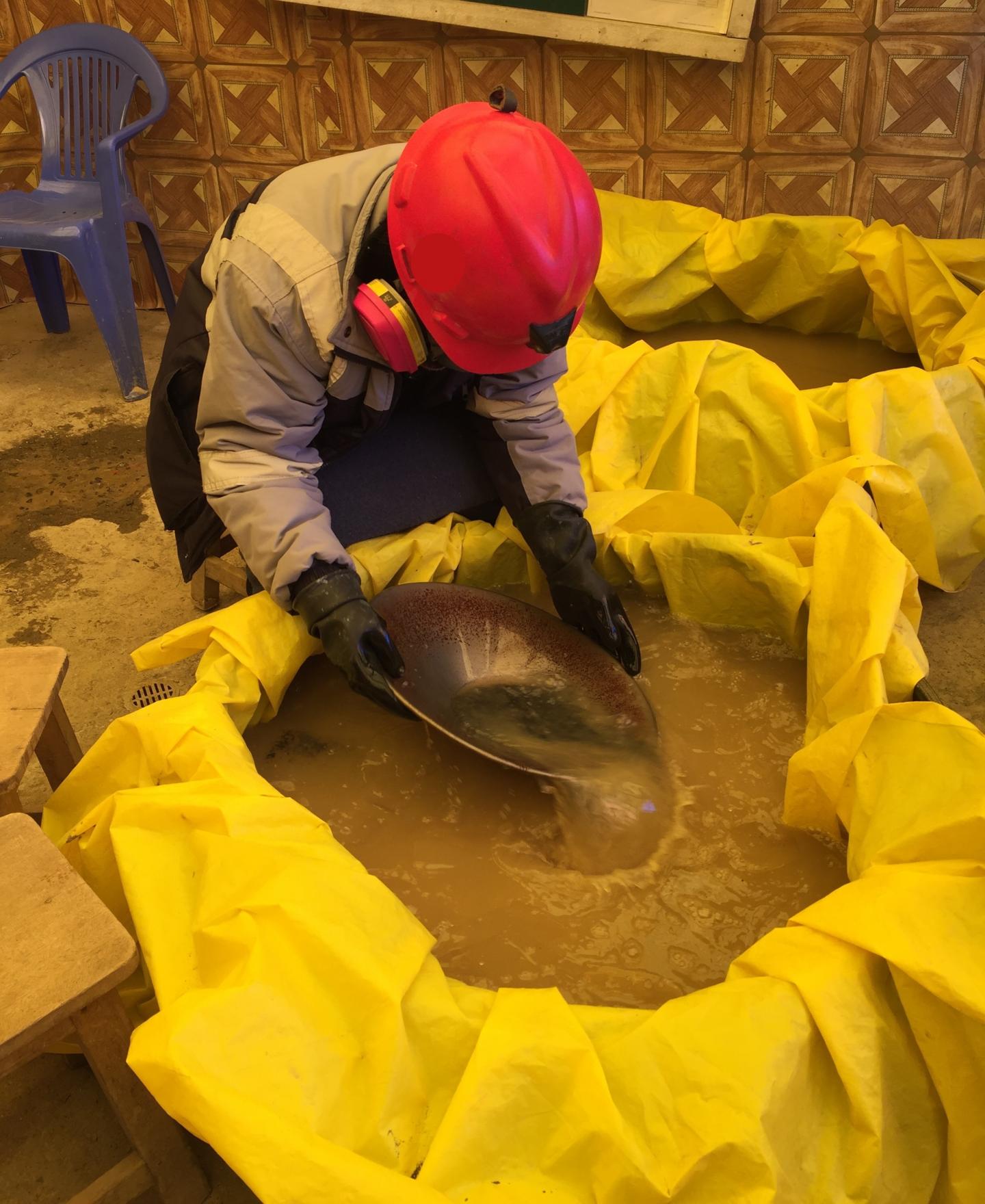 Artisanal and small-scale gold mining is a way of life for many small towns in Colombia and Peru, but the decades-old techniques employed by workers may have negative effects on residents’ health and the environment.

Kate Smits, an associate professor of civil engineering at The University of Texas at Arlington, is part of a team of engineers and social scientists that is working with researchers and educators in those countries to find ways to increase sustainability and lessen the negative effects of mining while allowing the communities to continue their ancestral way of life.

Smits received a three-year, $496,865 sub-award as part of a larger, $3.8 million National Science Foundation Partnerships for International Research and Education grant awarded to the Colorado School of Mines. She will focus on environmental issues. Researchers from the University of Colorado-Boulder and the U.S. Air Force Academy also are involved with the project.

Artisanal and small-scale gold mining is generally characterized by simple technologies and lower yields compared to large-scale industrial mining, but about 30 percent of all gold used worldwide comes from ASGM, or artisanal and small-scale gold mining, sources. This type of mining leads to deforestation and environmental contamination because mercury is used to process the ore.

Past efforts to change these practices have not been successful because engineers or environmentalists go into the communities and tell them what to change and how to do things better, which leads to resistance from people whose families have mined the same way for generations. In contrast, Smits’ team is working with residents and local universities to go to the communities, get to know the people and find out what they would like to fix and why some ideas will work when others won’t.

“We’re taking a knowledge-based approach and talking to people who know what the issues are because they live in these communities,” Smits said. “Students in Peru are doing a lot of the interviews because they’re more in touch with the culture. They’re asking residents what their concerns are and what they want us to work on.

“This is the first opportunity for U.S. researchers and engineering students to collaborate directly with miners and their communities–in collaboration with Colombian and Peruvian faculty and students–to understand the context of ASGM and develop socially and economically appropriate socio-technical innovations. These are not simply improved technologies and techniques, but new social organizations and networks of people that make ASGM cleaner, safer and more sustainable.”

“Artisanal and small-scale gold mining is an economic lifeline for small communities throughout Latin America, so there are many challenges to making any changes to the mining process,” Abolmaali said. “However, by collaborating with local universities, Dr. Smits and her team can help mining communities make mining safer and better for the environment without infringing on customs or the bottom line. This is innovative, transformative research that could have far-reaching implications.”