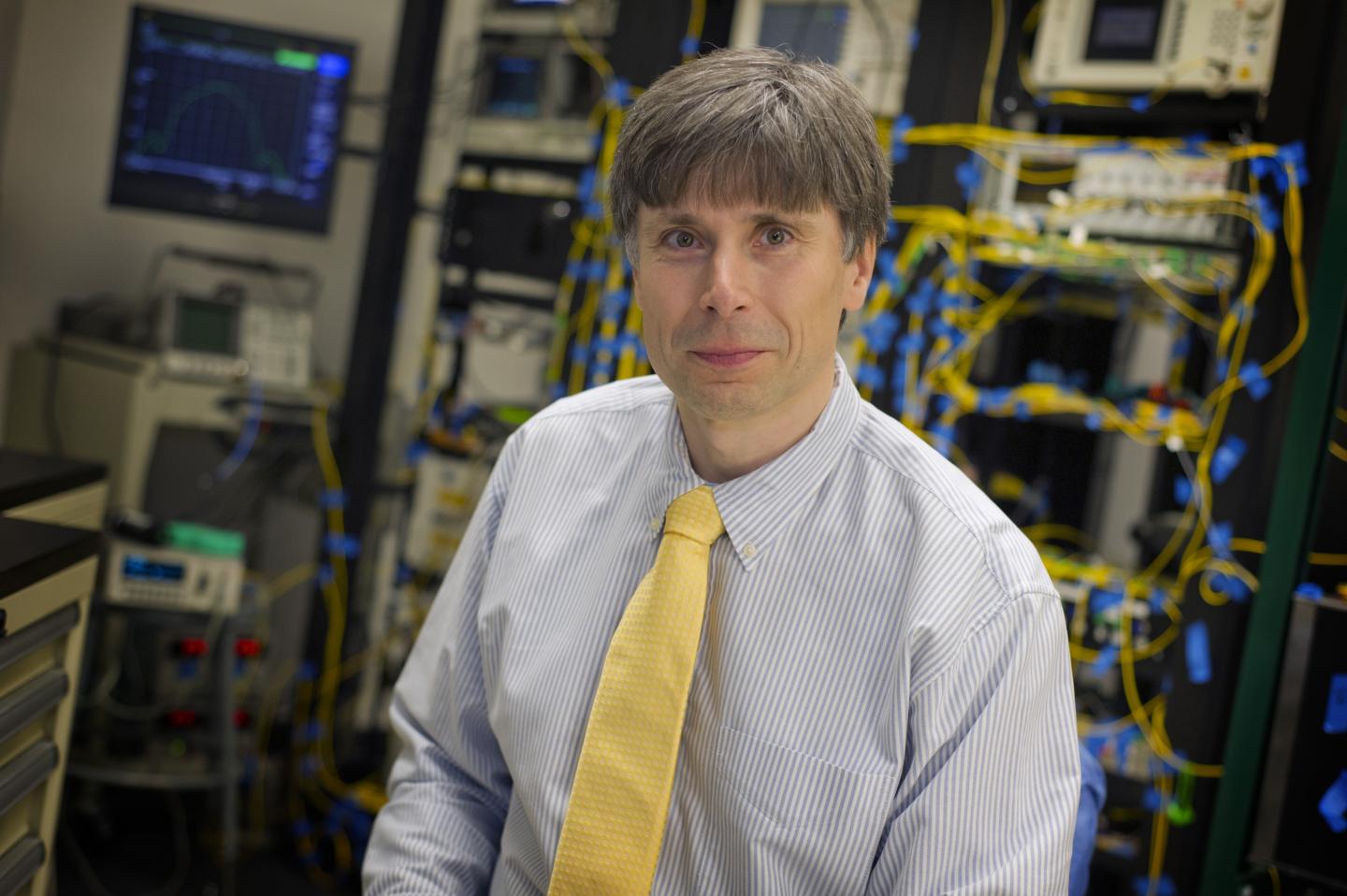 An expert in classical and quantum communications and professor of electrical engineering at The University of Texas at Arlington has been named a Fellow of the International Society for Optics and Photonics (SPIE).

Michael Vasilyev is one of 72 newly elected Fellows and was recognized for his “achievements in nonlinear-optical signal processing.” He is the fourth current College of Engineering professor to be honored as a SPIE Fellow; the others are James Coleman, Robert Magnusson and Weidong Zhou.

Vasilyev said the honor recognizes the work of his students and collaborators on all-optical regenerators and phase-sensitive optical parametric amplifiers, which was published in leading optics and photonics journals such as Nature Communications.

“We have solved the fundamental problem of how to make these devices process more than one data channel at a time, which makes them relevant in practice,” Vasilyev said. “The multi-channel capability can drastically reduce the cost, size and power consumption of data networks or be used for noiseless amplification of faint images.”

Vasilyev, who has been at UTA since 2003, has written or contributed to more than 200 scientific papers, holds 10 U.S. and three international patents and was a recipient of the 2008 Defense Advanced Research Projects Agency Young Faculty Award. He also received the 2019 UTA Outstanding Research Achievement or Creative Accomplishment Award.

Peter Crouch, dean of the College of Engineering, said the recognition reflects the excellence of Vasilyev’s work.

“Dr. Vasilyev’s research bridges the gap between fundamental nonlinear and quantum optics on one side and practical high-speed communication systems on the other,” Crouch said. “It is of great importance in increasing the capacity and security of data networks, as our society is critically dependent on data for its everyday functions and future progress.”

Bandage material helps stop bleeding without adhering to the wound

Scienmag Apr 9, 2019
Their goal is to create a policy and culture of collegiality and respect across field teamsCredit: Bill…

A new model of the worm C. elegans to progress in the study of a rare…