A new study in Science Advances led by researchers at The University of Texas at Arlington provides a novel framework for identifying broad coral disease resistance traits and examines the fundamental processes behind species survival. 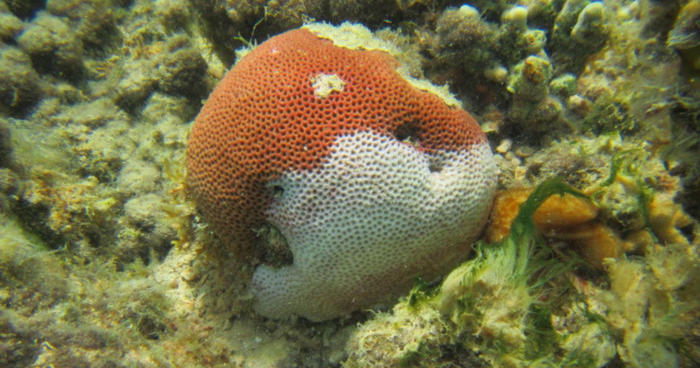 A new study in Science Advances led by researchers at The University of Texas at Arlington provides a novel framework for identifying broad coral disease resistance traits and examines the fundamental processes behind species survival.

The analysis of how seven reef-building coral species in the Caribbean respond to white plague disease provides insight into the process involved in lesion progression and species’ dynamics that lead to differences in disease outcome.

Under the supervision of Laura Mydlarz, professor of biology, collaborators from UTA, Mote Marine Laboratory and University of the Virgin Islands measured species’ immune responses after controlled exposure to white plague disease, an infectious pathogen responsible for coral mortality. The team tracked three responses: how lesions progressed on each species, how gene expression differed among species and expression-level adaptations that led to differences in disease risk.

In the paper, “Disease Resistance in Coral is Mediated by Distinct Adaptive and Plastic Gene Expression Profiles,” the scientists identify three consistent patterns:

Together, these patterns demonstrate that the plasticity of genes that are associated with disease resistance may be evolutionarily constrained by expression-level adaptation processes.

“Considering the enormous threat that white plague disease poses to coral communities, it is imperative that we understand the processes that allow some species to survive better than others,” said Nicholas MacKnight, UTA alumnus and postdoctoral researcher at the University of Miami. “This paper takes a deeper look into some coral species that have not been as frequently investigated.”

Mydlarz said this study responds to an urgent need to understand the differences between immune responses to infection and species-specific resistance mechanisms.

MacKnight hopes these findings will play a role in fortifying vulnerable reefs.

“Our next step is to answer how we can convert these findings into helpful action,” MacKnight said. “Understanding which factors promote survival will allow us to predict biodiversity loss in the future. With this information, scientists could focus their attention on retaining resilient species that can strengthen coral reefs under threat.”