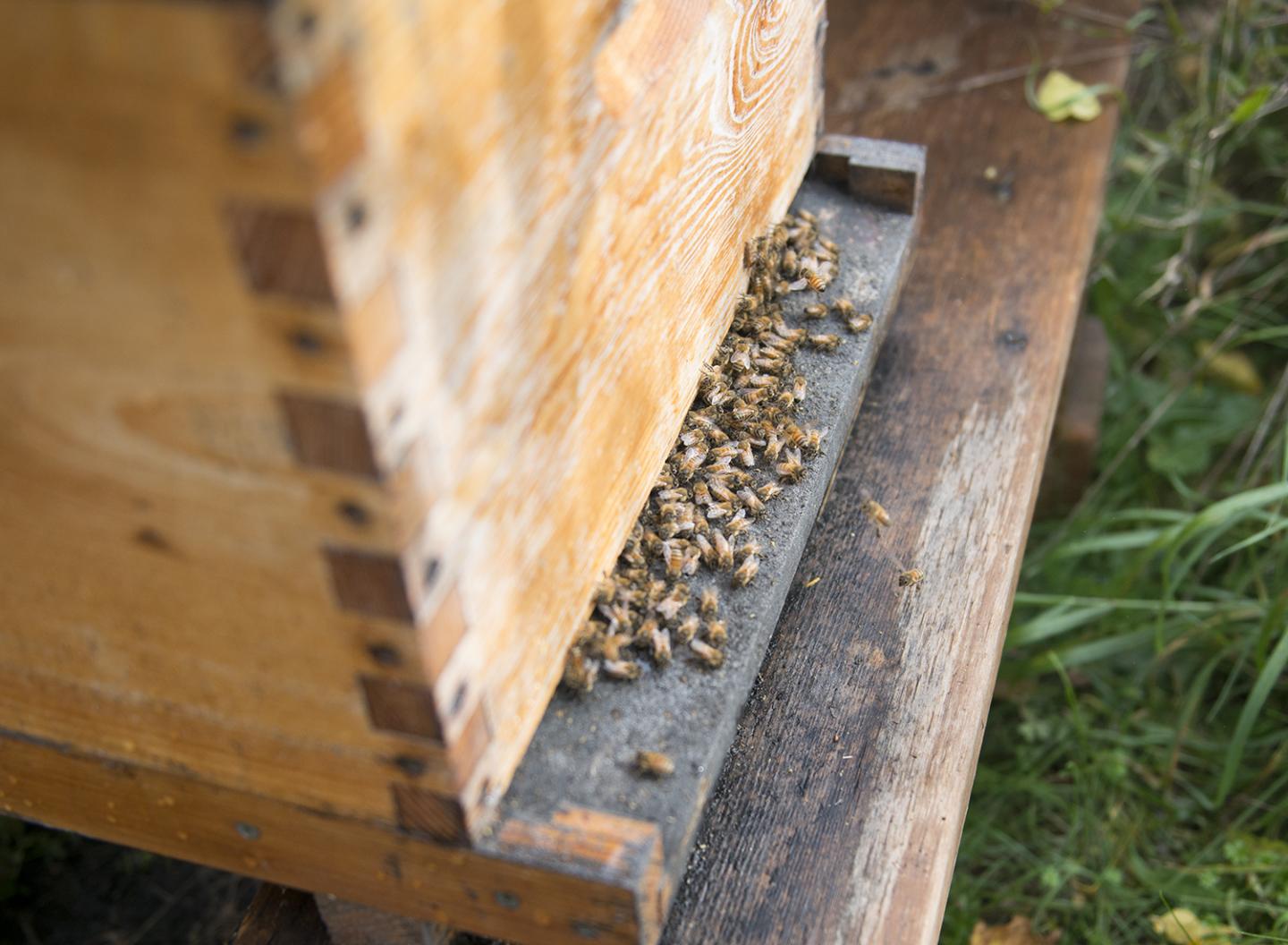 “Probiotics aren’t just for humans,” said Gregor Reid, PhD, Professor at Western’s Schulich School of Medicine & Dentistry and Endowed Chair in Human Microbiome and Probiotics at Lawson. “Our idea was that if you could use beneficial microbes to stimulate the immune response or attack the pathogens that are infecting the hives, then maybe we can help save the bees.”

Honey bees are an important part of the cultural and economic landscape in Canada and globally because of their role in food production both through pollination of crops and through honey production. However, the world’s bee population is being threatened by the spread of viruses and bacteria that infect the hives.

The team’s previous work in a fruit-fly model suggested that the wide-use of pesticides reduces bees’ immunity and their ability to fight back against these harmful pathogens.

With that in mind, a group of researchers at Western and Lawson combined their expertise in probiotics and bee biology to supplement honey bee food with probiotics, in the form a BioPatty, in their experimental apiaries. The aim was to see what effect probiotics would have on honey bee health.

Video of the researchers explaining their work can be found here: https://youtu.be/a9_EV3H36lA

During their experiment, the hives became inadvertently infected with American Foulbrood, a common hive disease produced by the bacteria P. larvae, which would typically cause the bees to die.

“Bee colonies are really interesting little microcosms of biology. There are lots of individuals bees, but they are all genetically related and they are living in a close confined space,” said Graham Thompson, PhD, Associate Professor in the Faculty of Science at Western who studies the biology and social behaviour of bees. “They are all very susceptible to contagious disease and they are demographically disposed to outbreaks.”

“The results from our study demonstrated that probiotic supplementation could increase the expression of a gene called Defensin-1 – a key antimicrobial peptide shown to play a pivotal role in honey bee defense against P. larvae infection,” said Schulich Medicine & Dentistry PhD Candidate Brendan Daisley who was the lead author on the paper. “Alongside these findings, we also observed an increase in pathogen clearance and overall survival of honey bee larvae.”

Another interesting observation was that the bees that were given the BioPatty, but no probiotic, were the most susceptible, even more so than bees that were given nothing at all. The research team says this suggests there may be a negative outcome to the common practise of supplementing bee colonies with extra food as it could stimulate the pathogens to proliferate.

“Long term we hope to add a viable, practical and available treatment alternative to chemicals and antibiotics that beekeepers can readily adopt into their bee-keeping habits to help prevent colony collapse,” said Thompson.

Through funding from NSERC, OMAFRA and the Weston Foundation, the group are currently testing the BioPatties in hives in California where the multi-billion dollar almond industry relies on honey bees, and on rooftops in downtown Detroit.

Additional high resolution images and broadcast-quality video can be provided upon request.

As the research institute of London Health Sciences Centre and St. Joseph’s Health Care London, and working in partnership with Western University, Lawson Health Research Institute is committed to furthering scientific knowledge to advance health care around the world.

Scienmag Jun 13, 2019
Credit: NOAA/NRL Tropical Cyclone Vayu's eye was just off the western coast of India when the NOAA-20 satellite…