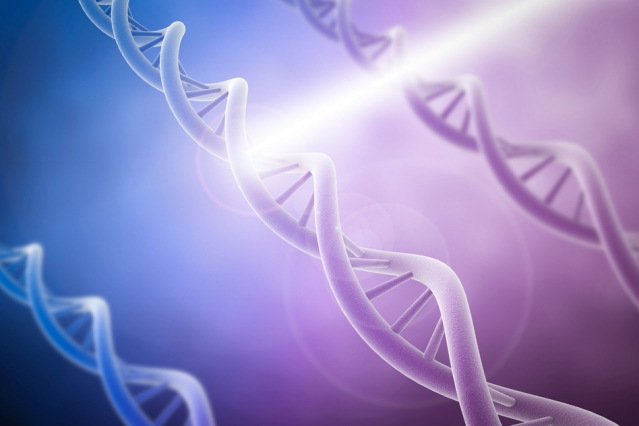 The genome-editing system known as CRISPR allows scientists to delete or replace any target gene in a living cell. MIT researchers have now added an extra layer of control over when and where this gene editing occurs, by making the system responsive to light.

With the new system, gene editing takes place only when researchers shine ultraviolet light on the target cells. This kind of control could help scientists study in greater detail the timing of cellular and genetic events that influence embryonic development or disease progression. Eventually, it could also offer a more targeted way to turn off cancer-causing genes in tumor cells.

Bhatia is the senior author of a paper describing the new technique in the journal Angewandte Chemie. The paper’s lead author is Piyush Jain, a postdoc in MIT’s Institute for Medical Engineering and Science.

Before coming to MIT, Jain developed a way to use light to control a process called RNA interference, in which small strands of RNA are delivered to cells to temporarily block specific genes.

“While he was here, CRISPR burst onto the scene and he got very excited about the prospect of using light to activate CRISPR in the same way,” Bhatia says.

CRISPR relies on a gene-editing complex composed of a DNA-cutting enzyme called Cas9 and a short RNA strand that guides the enzyme to a specific area of the genome, directing Cas9 where to make its cut. When Cas9 and the guide RNA are delivered into cells, a specific cut is made in the genome; the cells’ DNA repair processes glue the cut back together but permanently delete a small portion of the gene, making it inoperable.

In previous efforts to create light-sensitive CRISPR systems, researchers have altered the Cas9 enzyme so that it only begins cutting when exposed to certain wavelengths of light. The MIT team decided to take a different approach and make the binding of the RNA guide strand light-sensitive. For possible future applications in humans, it could be easier to deliver these modified RNA guide strands than to program the target cells to produce light-sensitive Cas9, Bhatia says.

“You really don’t have to do anything different with the cargo you were planning to deliver except to add the light-activated protector,” she says. “It’s an attempt to make the system much more modular.”

To make the RNA guide strands light-sensitive, the MIT team created “protectors” consisting of DNA sequences with light-cleavable bonds along their backbones. These DNA strands can be tailored to bind to different RNA guide sequences, forming a complex that prevents the guide strand from attaching to its target in the genome.

When the researchers expose the target cells to light with a wavelength of 365 nanometers (in the ultraviolet range), the protector DNA breaks into several smaller segments and falls off the RNA, allowing the RNA to bind to its target gene and recruit Cas9 to cut it.

In this study, the researchers demonstrated that they could use light to control editing of the gene for green fluorescent protein (GFP) and two genes for proteins normally found on cell surfaces and overexpressed in some cancers.

“If this is really a generalizable scheme, then you should be able to design protector sequences against different target sequences,” Bhatia says. “We designed protectors against different genes and showed that they all could be light-activated in this way. And in a multiplexed experiment, when a mixed population of protectors was used, the only targets that were cleaved after light exposure were those being photo-protected.”

This precise control over the timing of gene editing could help researchers study the timing of cellular events involved in disease progression, in hopes of determining the best time to intervene by turning off a gene.

“CRISPR-Cas9 is a powerful technology that scientists can use to study how genes affect cell behavior,” says James Dahlman, an assistant professor of biomedical engineering at Georgia Tech, who was not involved in the research. “This important advance will enable precise control over those genetic changes. As a result, this work gives the scientific community a very useful tool to advance many gene editing studies.”

Bhatia’s lab is also pursuing medical applications for this technique. One possibility is using it to turn off cancerous genes involved in skin cancer, which is a good target for this approach because the skin can be easily exposed to ultraviolet light.

The team is also working on a “universal protector” that could be used with any RNA guide strand, eliminating the need to design a new one for each RNA sequence, and allowing it to inhibit CRISPR-Cas9 cleavage of many targets at once.

The research was funded by the Ludwig Center for Molecular Oncology, the Marie-D. and Pierre Casimir-Lambert Fund, a Koch Institute Support Grant from the National Cancer Institute, and the Marble Center for Cancer Nanomedicine.