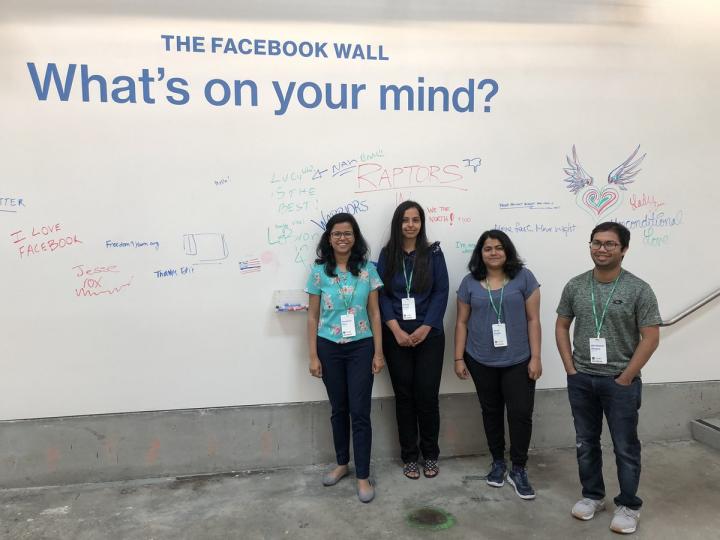 Tanushree Mitra, assistant professor of computer science in the College of Engineering and a faculty member at the Discovery Analytics Center, has received a Social Media and Democracy Research Grant, giving her access to Facebook data to study how misinformation and other problematic content spread on the platform. This is the first time Facebook has given academics access to its data.

Mitra is among 60 international researchers — and one of only two women principal investigators — to receive the grant, funded by a number of leading foundations and administered through a Social Science One and Social Science Research Council collaborative partnership that bridges the gap between academics and the private sector.

Grant recipients were chosen from 30 academic institutions across 11 countries through a competitive peer review process organized by the council. To assure the independence of both the research and the researchers, Facebook did not play any role in the selection of the individuals or their projects and will have no role in directing the findings or conclusions of the research.

Mitra and her team, Md Momen Bhuiyan, Shruti Phadke, and Prerna Juneja, all Ph.D. students in the Department of Computer Science, attended a special training workshop in Menlo Park, New Jersey, in early June, where they learned about differential privacy and brainstormed ideas about the challenges of academic industry data partnerships.

They will use data available to them to establish the differences between mainstream and misleading sources of online news.

Grant recipients have access to Crowd Tangle, allowing them to track the popularity of news items and other public posts across social media platforms; and to Ad Library API, providing data on ads related to politics or issues on Facebook in the United States, United Kingdom, Brazil, India, Ukraine, Israel, and the European Union.

They also have access to the Facebook URLs Data Set, which will be aggregated and anonymized to prevent researchers from identifying any individual Facebook users. This data set includes URLs that have been shared on Facebook by at least 100 unique Facebook users on average who have posted the URL with public privacy settings; URL link and information on the total shares for a given URL; a text summary of content within the URL; engagement statistics such as the top country where the URL was shared; and information related to fact-checking ratings from Facebook’s third-party fact-checking partners.

“Our research can be transformative, contributing to computational social science by laying bare the differences between mainstream and fabricated news sources,” Mitra said.

“Also, by investigating features of online news sources and understanding how people interact with news sources with varying levels of credibility, we are poised to contribute novel results for improving news literacy among citizens,” Mitra said.

Scienmag Sep 17, 2019
Credit: Santos Lab Researchers at the University of Helsinki in collaboration with researchers from Åbo…