Using bacteria to create a water filter that kills bacteria 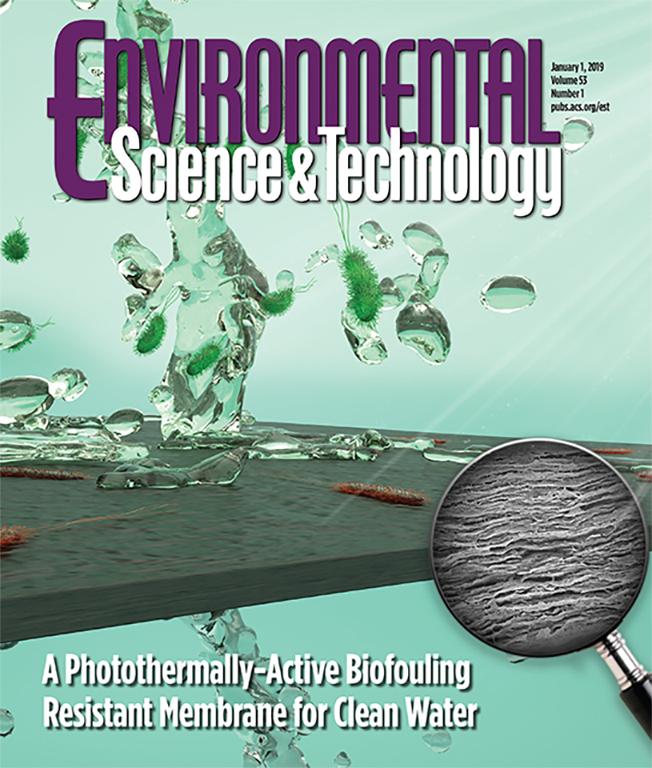 More than one in 10 people in the world lack basic drinking water access, and by 2025, half of the world’s population will be living in water-stressed areas, which is why access to clean water is one of the National Academy of Engineering’s Grand Challenges. Engineers at Washington University in St. Louis have designed a novel membrane technology that purifies water while preventing biofouling, or buildup of bacteria and other harmful microorganisms that reduce the flow of water.

And they used bacteria to build such filtering membranes.

Srikanth Singamaneni, professor of mechanical engineering & materials science, and Young-Shin Jun, professor of energy, environmental & chemical engineering, and their teams blended their expertise to develop an ultrafiltration membrane using graphene oxide and bacterial nanocellulose that they found to be highly efficient, long-lasting and environmentally friendly. If their technique were to be scaled up to a large size, it could benefit many developing countries where clean water is scarce.

The results of their work were published as the cover story in the Jan. 2 issue of Environmental Science & Technology.

Biofouling accounts for nearly half of all membrane fouling and is highly challenging to eradicate completely. Singamaneni and Jun have been tackling this challenge together for nearly five years. They previously developed other membranes using gold nanostars, but wanted to design one that used less expensive materials.

Their new membrane begins with feeding Gluconacetobacter hansenii bacteria a sugary substance so that they form cellulose nanofibers when in water. The team then incorporated graphene oxide (GO) flakes into the bacterial nanocellulose while it was growing, essentially trapping GO in the membrane to make it stable and durable.

After GO is incorporated, the membrane is treated with base solution to kill Gluconacetobacter. During this process, the oxygen groups of GO are eliminated, making it reduced GO.  When the team shone sunlight onto the membrane, the reduced GO flakes immediately generated heat, which is dissipated into the surrounding water and bacteria nanocellulose.

Ironically, the membrane created from bacteria also can kill bacteria.

“If you want to purify water with microorganisms in it, the reduced graphene oxide in the membrane can absorb the sunlight, heat the membrane and kill the bacteria,” Singamaneni said.

While the bacteria are killed, the researchers had a pristine membrane with a high quality of nanocellulose fibers that was able to filter water twice as fast as commercially available ultrafiltration membranes under a high operating pressure.

When they did the same experiment on a membrane made from bacterial nanocellulose without the reduced GO, the E. coli bacteria stayed alive.

“This is like 3-D printing with microorganisms,” Jun said. “We can add whatever we like to the bacteria nanocellulose during its growth. We looked at it under different pH conditions similar to what we encounter in the environment, and these membranes are much more stable compared to membranes prepared by vacuum filtration or spin-coating of graphene oxide.”

While Singamaneni and Jun acknowledge that implementing this process in conventional reverse osmosis systems is taxing, they propose a spiral-wound module system, similar to a roll of towels. It could be equipped with LEDs or a type of nanogenerator that harnesses mechanical energy from the fluid flow to produce light and heat, which would reduce the overall cost.

This research was supported by funding from the National Science Foundation Environmental Engineering Program, the Air Force Office of Scientific Research (Award No. FA9550-15-1-0228); and the McDonnell Academy Global Energy and Environmental Partnership.

Liver cancer patients can be treated for Hep C infection

Enhanced NMR reveals chemical structures in a fraction of the time

Scienmag May 22, 2019
Behavioral scientists establish a new mental health research center at the University of Miami to halt Miami's AIDS…