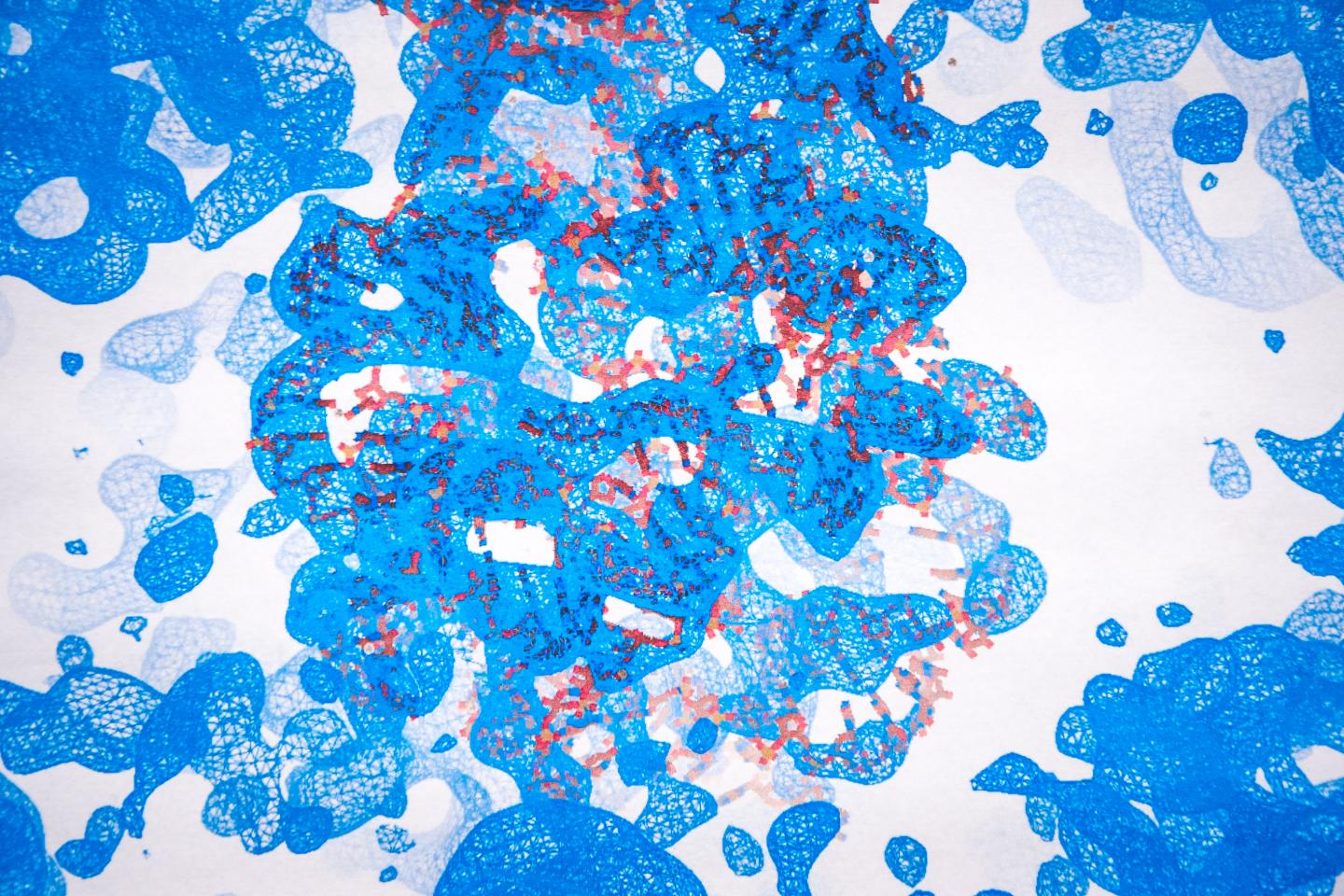 About 70 percent of the human genome doesn’t code for anything. When it’s transcribed to RNA–the instructions our cells follow when they make proteins–most of the message doesn’t contain any useful information. As West Virginia University researcher Aaron Robart put it, it’s “junk DNA.”

Robart is studying how cells catalyze the removal of this non-coding junk to make sense of the RNA that remains. To do it, he’ll use bacteria that thrive in hot springs. The National Institutes of Health has awarded him $1.6 million for the five-year project.

His findings may deepen what we know about disorders linked to alterations in gene expression–such as diabetes and cancer–and reveal more about the human genome’s evolution.

Getting to know our bacterial ancestors

“It’s thought that life on earth originated with catalytic RNA,” said Robart, an assistant professor of biochemistry in the School of Medicine. “Before there were proteins, before there was DNA, before there were cells, RNA was folding up into complex, three-dimensional structures and figuring out the chemistry of life.”

This primitive process still underlies how cells bring order to coding and non-coding RNA today, whether those cells are part of a human, a hyena, a hydrangea or a Helicobacter bacterium. By examining how simple organisms perform this task, scientists like Robart can extrapolate their findings and better understand how more complex lifeforms–including us–do it, too.

He likens the process to a cat walking across your keyboard as you type something. The words you’ve typed are exons; the nonsense your cat “types” is introns.

Before your cells can even try to do what RNA tells them to, they must remove these introns and bring the exons together to form a coherent set of instructions. An elaborate molecular machine called the spliceosome carries out this task, which–in humans–involves many different RNAs and hundreds of proteins.

Bacteria’s primitive catalytic introns operate similarly to our own splicing machinery, albeit in a less complicated way. They are the ancestors of the spliceosomes at work in our own cells. “You see their fingerprints all over the essential machineries that drive our cellular functions. We use these molecular fossils to give us insights into the catalytic core powering these machines,” Robart said.

Robart will use a species of exotic, heat-loving bacteria as a model. The species is advantageous because it produces highly active and stable enzymes that splice and reconfigure RNA.

“We spent about a year and a half testing dozens of different examples to find a few species that had proteins that were amendable to purification from overexpression systems at high levels, because we need a lot of protein to try to do crystallization,” he said. “We’ve uncovered one of the most active enzymes in this class, from a thermophilic bacteria that thrives in hot springs.”

After cultivating and isolating proteins and RNA in large volumes, he and his team will parse the biochemical processes that occur inside cells as introns are spliced, released and disassembled. They’ll also remotely control Argonne National Laboratory’s Advanced Photon Source–which will subject the crystalized molecules to ultra-bright, high-energy X-rays–to capture snapshots of the process’s chemistry in action and learn about the molecular mechanisms behind it.

Not only will Robart and his team gain insight into how the spliceosome excises non-coding RNA, but they’ll also discern how the junk DNA is propagated by inserting it elsewhere in the genome. It’s as if, instead of deleting the gobbledygook your cat inserted into your document, you copy and paste it into a whole other paragraph.

This process–called retrotransposition–may underlie various conditions that spring from genetic mutations. “It’s a driving function of genome evolution and also of disease,” Robart said. “Spontaneous mutations arise from these processes that are ongoing in us all the time.”

Although his project doesn’t address any single disease or treatment, what he uncovers may lay the foundation for developing RNA-based therapeutics aimed at controlling the underlying changes in gene expression found in many diseases.

“We’re trying to understand the fundamentals,” Robart said. “You can’t try to fix something until you understand how it works.”

Research reported in this publication was supported by the National Institute of General Medical Sciences of the National Institutes of Health, under Award Number 1R01GM133857-01. The content is solely the responsibility of the authors and does not necessarily represent the official views of NIH.

Scienmag Jun 26, 2019
Researchers at the University of Bonn show that a defective degradation enzyme triggers a series of consequential…