Leptospirosis, a disease that dogs can get from drinking water contaminated with Leptospira bacteria, can cause kidney failure, liver disease and severe bleeding into the lungs. Early detection of the disease is crucial and may mean the difference between life and death. 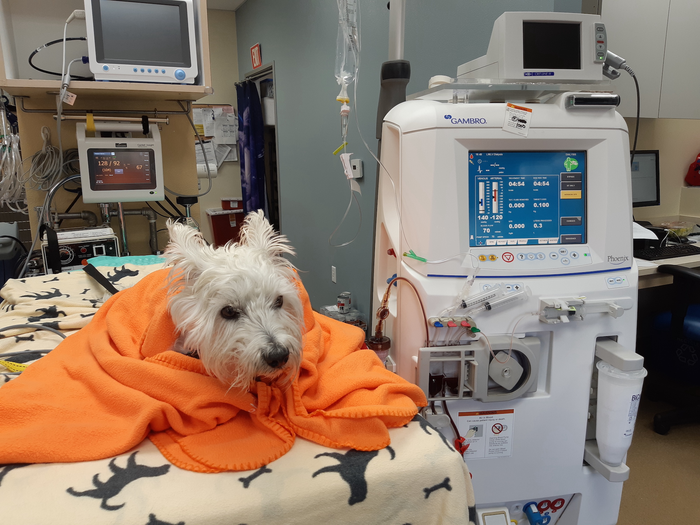 Leptospirosis, a disease that dogs can get from drinking water contaminated with Leptospira bacteria, can cause kidney failure, liver disease and severe bleeding into the lungs. Early detection of the disease is crucial and may mean the difference between life and death.

Veterinarians and researchers at the University of California, Davis, School of Veterinary Medicine have discovered a technique to predict leptospirosis in dogs through the use of artificial intelligence. After many months of testing various models, the team has developed one that outperformed traditional testing methods and provided accurate early detection of the disease. The groundbreaking discovery was published in Journal of Veterinary Diagnostic Investigation.

“Traditional testing for Leptospira lacks sensitivity early in the disease process,” said lead author Krystle Reagan, a board-certified internal medicine specialist and assistant professor focusing on infectious diseases. “Detection also can take more than two weeks because of the need to demonstrate a rise in the level of antibodies in a blood sample. Our AI model eliminates those two roadblocks to a swift and accurate diagnosis.”

The goal for the model is for it to become an online resource for veterinarians to enter patient data and receive a timely prediction.

“AI-based, clinical decision making is going to be the future for many aspects of veterinary medicine,” said School of Veterinary Medicine Dean Mark Stetter. “I am thrilled to see UC Davis veterinarians and scientists leading that charge. We are committed to putting resources behind AI ventures and look forward to partnering with researchers, philanthropists, and industry to advance this science.”

Leptospirosis is a life-threatening zoonotic disease, meaning it can transfer from animals to humans. As the disease is also difficult to diagnose in people, Reagan hopes the technology behind this groundbreaking detection model has translational ability into human medicine.

“My hope is this technology will be able to recognize cases of leptospirosis in near real time, giving clinicians and owners important information about the disease process and prognosis,” said Reagan. “As we move forward, we hope to apply AI methods to improve our ability to quickly diagnose other types of infections.”

Reagan is a founding member of the school’s Artificial Intelligence in Veterinary Medicine Interest Group comprising veterinarians promoting the use of AI in the profession. This research was done in collaboration with members of UC Davis’ Center for Data Science and Artificial Intelligence Research, led by professor of mathematics Thomas Strohmer. He and his students were involved in the algorithm building. The center strives to bring together world-renowned experts from many fields of study with top data science and AI researchers to advance data science foundations, methods, and applications.

Reagan’s group is actively pursuing AI for prediction of outcome for other types of infections, including a prediction model for antimicrobial resistant infections, which is a growing problem in veterinary and human medicine. Previously, the group developed an AI algorithm to predict Addison’s disease with an accuracy rate greater than 99%.

The authors declared no potential conflicts of interests with respect to the research, authorship, and/or publication of this article.