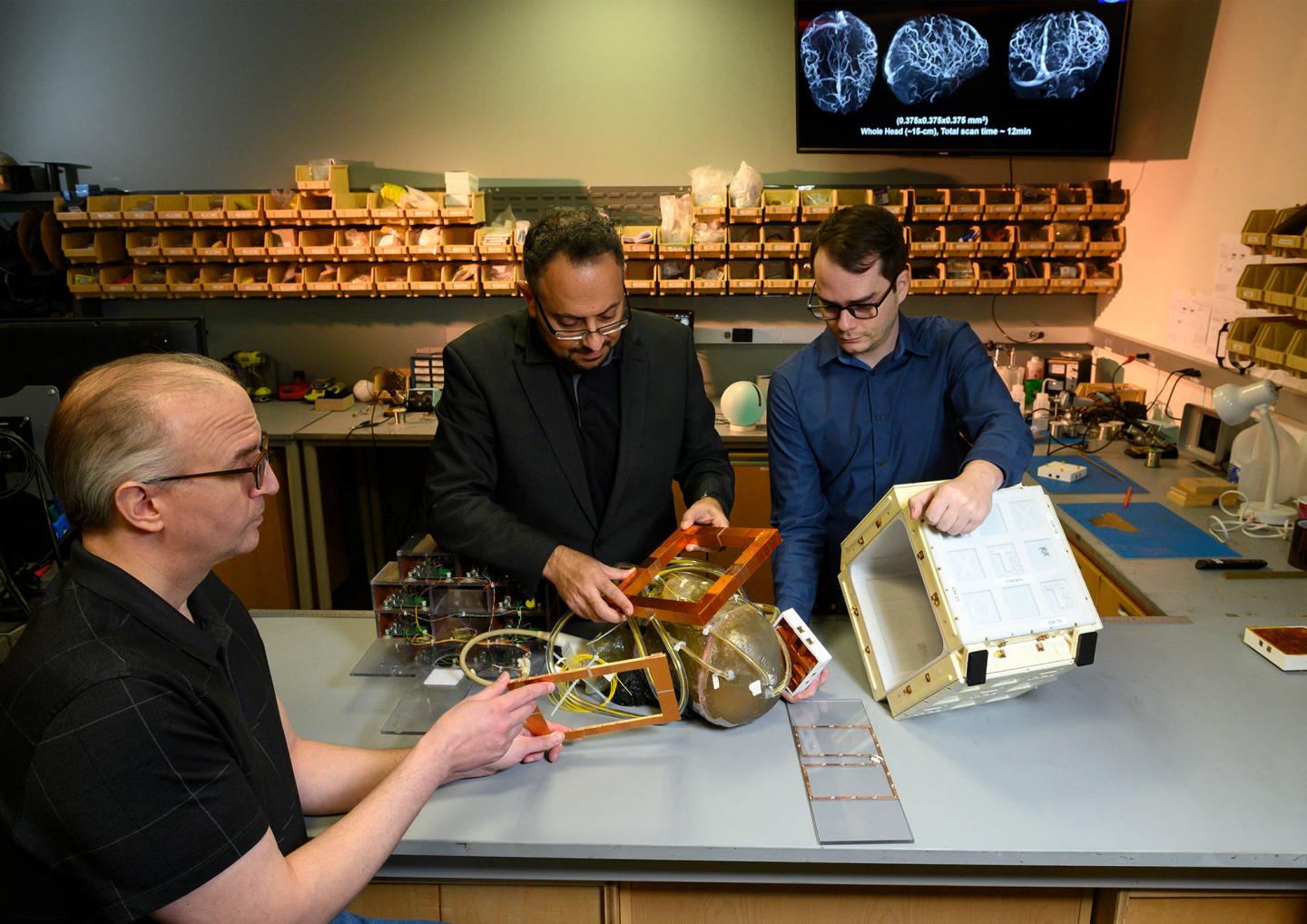 Sickle Cell Disease (SCD) is a genetically inherited group of red blood cell disorders. According to the CDC, an estimated 90,000 to 100,000 people in the United States live with this disease, and it disproportionately affects Black or African Americans; it occurs in roughly 1 in every 500 individuals in this demographic.

Researchers from the University of Pittsburgh Swanson School of Engineering used a unique and powerful MRI device to study the disease’s impact on the brain and published their results in Neuroimage: Clinical. They discovered that SCD can have a severe effect on specific subfields of the hippocampus – a highly complex part of the human brain that controls learning and memory and is very susceptible to injury or disorders.

“This is a first-of-its-kind project that uses our lab’s whole-body 7-Tesla magnetic resonance imager (7T MRI) alongside our optimized Tic Tac Toe RF head coil system to get clear and quality neural images of patients affected by SCD,” said Tamer Ibrahim, professor of bioengineering and director of the Radiofrequency (RF) Research Facility and the 7-Tesla Bioengineering Research Program (7TBRP).

Individuals with SCD have red blood cells that contain an abnormal hemoglobin. This can cause the red blood cells to become hard, sticky and mutate into a unique crescent shape which inhibits the cell’s passage through small blood vessels. These blockages affect blood and oxygen flow and consequently cause tissue damage — the source of many SCD complications.

7-Tesla imaging has revealed abnormalities in the hippocampus for other neurodegenerative and neuroinflammatory diseases, so Ibrahim and his collaborators investigated SCD to see if it has a similar effect.

“Our findings support and extend previous reports of reduced hippocampal volume in SCD patients but provide more insights on the specific hippocampal subfields that are impacted,” Ibrahim explained. “The subfields are tiny structures within the hippocampus which can only be seen in ultrahigh resolution acquisitions — a feature of 7-Tesla imaging — and enhanced with the ‘Tic-Tac-Toe’ antenna technology.”

The next steps of this research are to investigate the mechanisms that lead to these structural changes in addition to electrical changes in the brain and how they relate to cognitive performance in SCD patients.

Ibrahim continues to improve the lab’s 7-Tesla imaging technology, which is leveraged in 28 active collaborative projects funded by the National Institutes of Health. It is the most widely-used RF coil system in a given 7-Tesla site.

“The major challenge of the 7-Tesla imaging is the inhomogeneities, or lack of uniformity, of the RF fields inside the human head, resulting in brain images with voids in certain anatomical regions,” said Tales Santini, a postdoctoral associate in the RF Research Facility. “In the past 12 years, our lab has developed innovative RF antenna designs which greatly increase the homogeneity of the fields, thus, enabling high resolution whole-brain images with minimal or no voids.”