Using 3D models to reduce side effects of radiotherapy 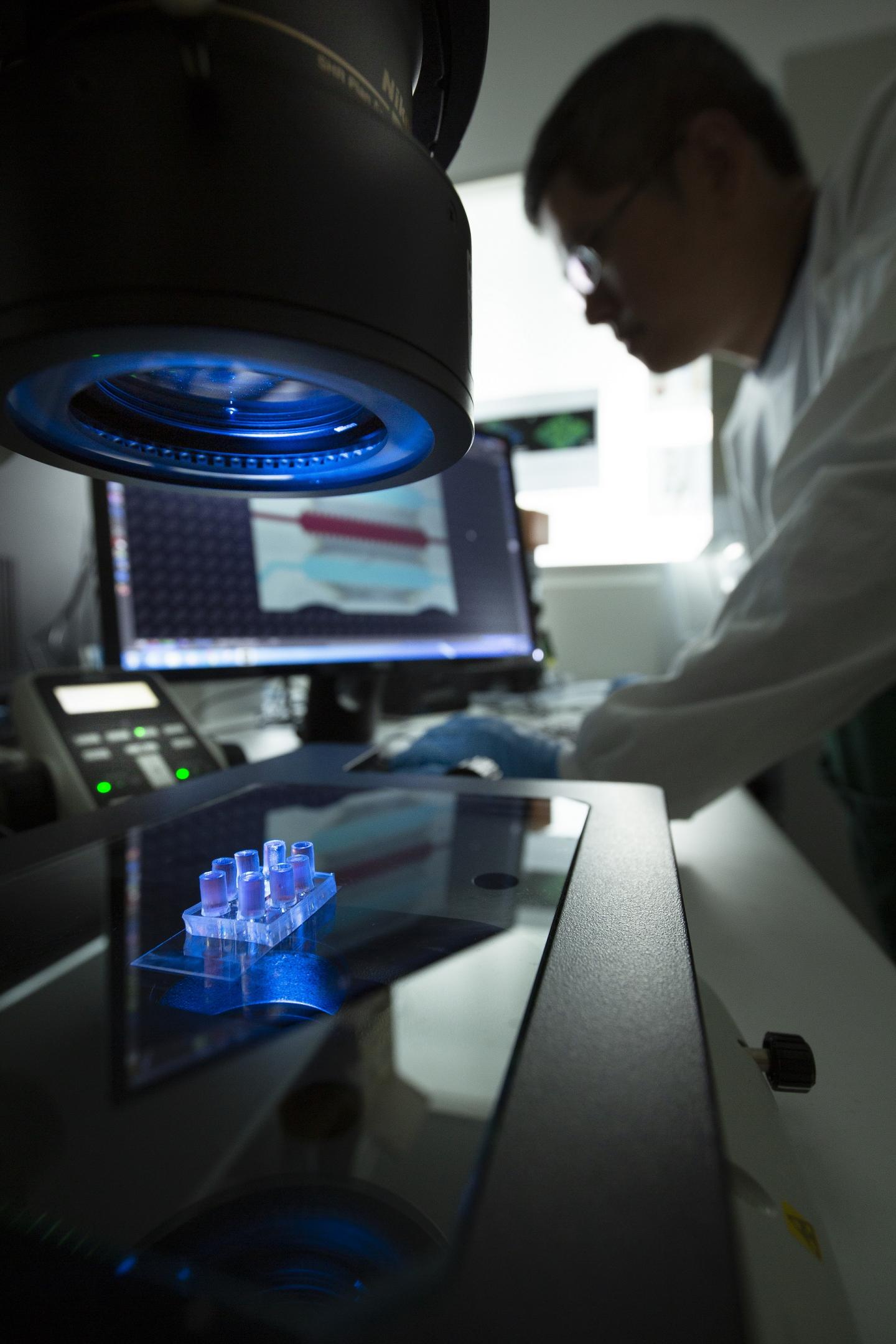 The debilitating side effects of radiotherapy could soon be a thing of the past thanks to a breakthrough by University of South Australia (UniSA) and Harvard University researchers.

A microfluidic cell culture chip closely mimics the structure and function of small blood vessels within a disposable device the size of a glass slide, allowing researchers and clinicians to investigate the impact of radiotherapy on the body’s tissues.

To date, scientists have relied on testing radiotherapy on cells in a two-dimensional environment on a slide.

Professor Thierry, from UniSA’s Future Industries Institute (FII) and the ARC Centre of Excellence in Convergent Bio-Nano Science and Technology (CBNS), says the organ-on-a-chip technology could reduce the need for animal studies and irrelevant invitro work, both of which have major limitations.

“An important finding of the study is that endothelial cells grown in the standard 2D culture are significantly more radiosensitive than cells in the 3D vascular network. This is significant because we need to balance the effect of radiation on tumour tissues while preserving healthy ones,” Prof Thierry says.

The findings, published in Advanced Materials Technologies, will allow researchers to fully investigate how radiation impacts on blood vessels and – soon – all other sensitive organs.

“The human microvasculature (blood vessel systems within organs) is particularly sensitive to radiotherapy and the model used in this study could potentially lead to more effective therapies with fewer side effects for cancer patients,” Prof Thierry says.

More than half of all cancer patients receive radiotherapy at least once in the course of their treatment. While it cures many cancers, the side effects can be brutal and sometimes lead to acute organ failure and long-term cardiovascular disease.

“Better understanding the effect of radiotherapy on blood vessels within organs – and more generally on healthy tissues – is important, especially where extremely high doses and types of radiation are used,” Dr Yang says.

The researchers’ next step is to develop body-on-chip models that mimic the key organs relevant to a specific cancer type.

Scalable algorithms for many applications

UNIST and EWP sign MoU to cultivate professional personnel in…

How the pufferfish got its wacky spines