People who have type 2 diabetes face an increased risk for Alzheimer’s disease and related dementias, but the cause of that risk is poorly understood. For example, how much of that risk is related to problems with blood vessels? Are high levels of blood glucose or insulin related to brain changes or damage over time? 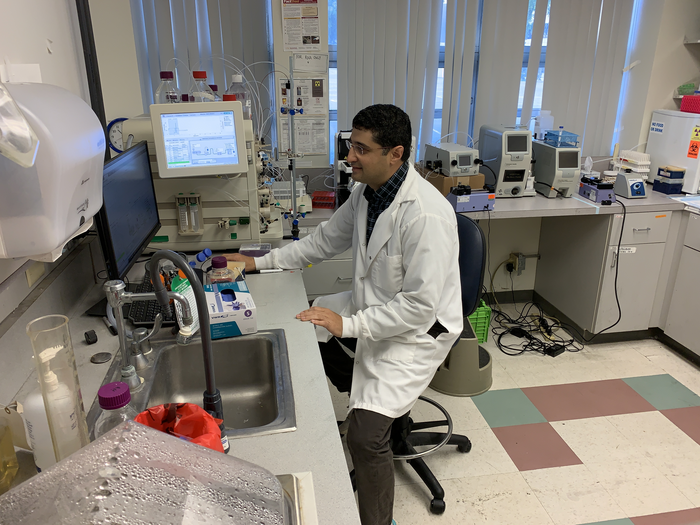 People who have type 2 diabetes face an increased risk for Alzheimer’s disease and related dementias, but the cause of that risk is poorly understood. For example, how much of that risk is related to problems with blood vessels? Are high levels of blood glucose or insulin related to brain changes or damage over time?

A team of researchers at the Keck School of Medicine of USC has launched an ambitious study to answer these and other questions about the link between type 2 diabetes and dementia.

“We know that diabetes is associated with a greater risk for later dementia, but researchers aren’t really sure why,” said Meredith N. Braskie, PhD, an assistant professor of neurology at the Keck School of Medicine of USC, director of education at the USC Mark and Mary Stevens Neuroimaging and Informatics Institute and a co-principal investigator of the project. “Understanding the mechanism behind that risk is an important element in how we can ameliorate it.”

The new study will focus on Latinos, who face significant health disparities in the United States. Compared to non-Hispanic white adults, adults with Hispanic ancestry are more likely to develop diabetes or dementia but are studied far less often. The research team will use a $3.7 million grant from the National Institute on Aging—and the advanced equipment and expertise at the Keck School of Medicine—to recruit and study 200 adults with Hispanic ancestry over a five-year period. In patients with and without diabetes, they’ll compare data on brain structure and activity, blood flow in the brain, blood glucose and insulin levels, and cognitive functioning.

“We’ll be able to do a deep dive into what’s happening in the brain in patients with versus without diabetes—and how differences between the two groups may predict changes in brain health over time,” said Hussein Yassine, MD, the Kenneth and Bette Volk Endowed Chair of Neurology, an associate professor of medicine and neurology at the Keck School of Medicine and a co-principal investigator of the study.

This fall, researchers began recruiting adults with Hispanic ancestry, ages 50 to 65, who are part of the East Los Angeles community. That process requires a substantial investment of time and resources, including training research staff who are native Spanish speakers and building trust with a community that has long faced discrimination from the medical community. Engaging the community with educational and research activities is central to the project.

“We aren’t conducting research in a vacuum. We’re doing it in a broader community and clinical context, and understanding that is critical to achieving our mission of supporting this population,” said Matthew Borzage, PhD, an assistant professor of research pediatrics and a co-principal investigator of the project.

The team is taking a strategic approach to get a clear picture of how type 2 diabetes relates to Alzheimer’s disease and related dementias during middle age, before the onset of Alzheimer’s pathology in the brain. They are studying adults ages 50 to 65—younger than the age range for a typical dementia study—because existing research suggests that diabetes in midlife contributes to later dementia risk.

“What’s unique in our population is we’re starting two decades before the symptoms of aging diseases typically begin,” said Yassine.

Once recruitment is complete, the researchers will begin collecting a range of data using front-line imaging methods and technologies, including the powerful 7 Tesla MRI scanner at the Keck School of Medicine’s Mark and Mary Stevens Neuroimaging and Informatics Institute, which captures ultra-high resolution images of the brain.

One key test will measure how the brain responds to glucose by comparing brain activity before and after participants consume a sugary drink. The researchers will also collect data on cerebrovascular reactivity (a measure of how blood vessels can dilate or constrict to adjust blood flow) and the health of the blood-brain barrier, which regulates what substances can travel in and out. All of those factors are believed to play a part in the onset or progression of Alzheimer’s disease and related dementias.

By analyzing the brain imaging data, along with measures of blood glucose levels, insulin levels and cognitive aging, the research team aims to better understand how blood flow and metabolism relate to brain health. They will compare data between people with and without type 2 diabetes. Participants will also receive a follow-up scan after two years to explore how brain health changes over time.

“What we’re doing is foundational for finding biological markers of how diabetes affects the brain,” Borzage said.

The work may also provide support for nascent efforts to use certain diabetes medications with brain protective properties for preventing or slowing the cognitive decline associated with dementia, said Yassine.

Other co-investigators on the project include Lina D’Orazio, PhD, an assistant professor of clinical neurology and director of the Cultural Neuropsychology Program at the Keck School of Medicine, who will lead the neuropsychology assessments, which measure signs of cognitive aging, and Danny Wang, PhD, a professor of neurology and radiology and director of imaging technology innovation at the USC Mark and Mary Stevens Neuroimaging and Informatics Institute, who will analyze data on blood flow in the brain and blood-brain barrier permeability.

This research is funded by 1RF1AG078362-01, “Effect of diabetes and AD pathology on brain imaging and cognition in Latino adults.”