‘We need to be smarter in siting solar installations’ 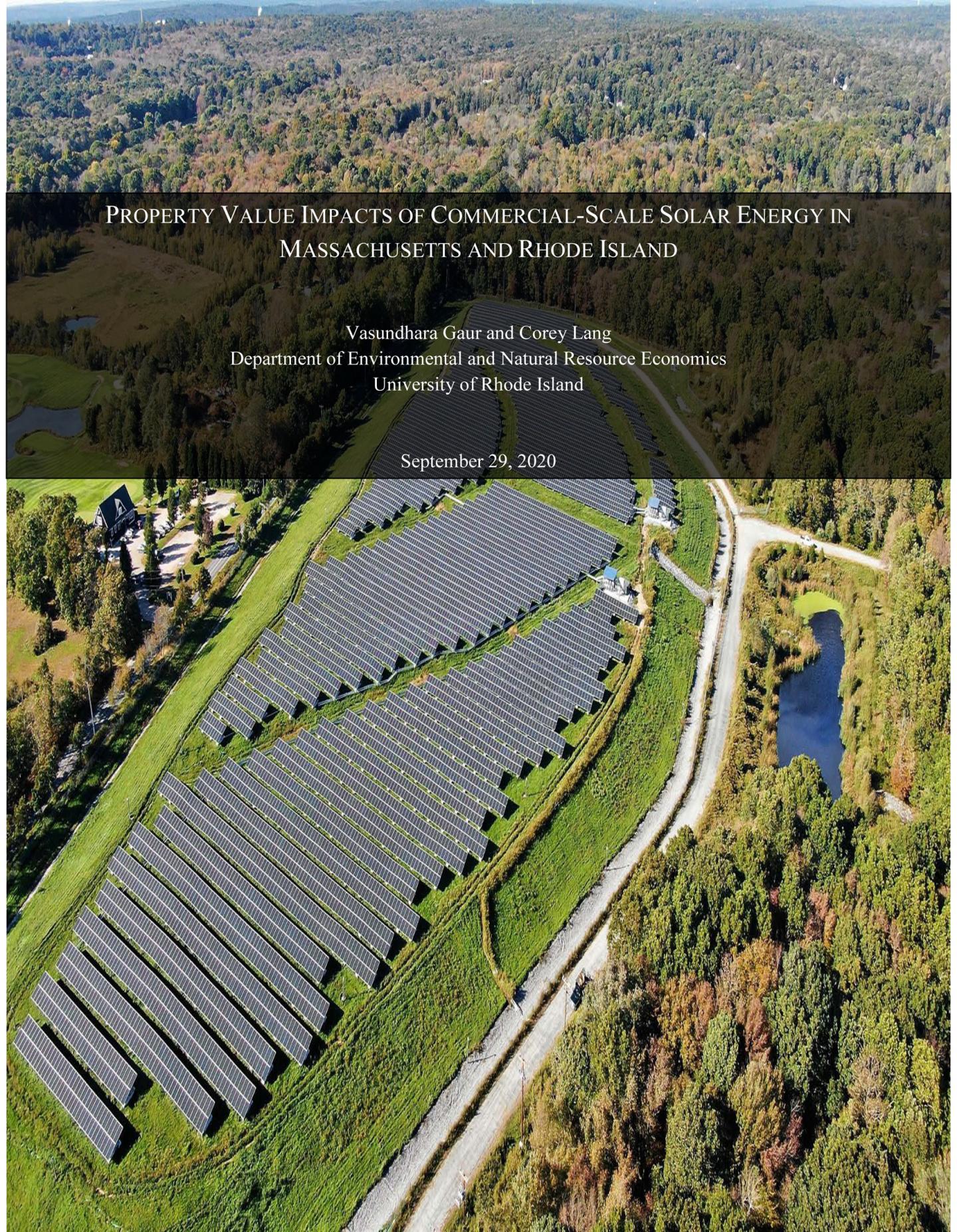 Those are among the findings of a report issued today by Corey Lang, URI associate professor of natural resource economics, and doctoral student Vasundhara Gaur. They discussed their study last night as part of a virtual lecture series sponsored by the URI Cooperative Extension.

“Utility-scale solar energy has been growing in southern New England over the past several years, and while it’s a really good thing to transition away from fossil fuels, it also comes with a new set of challenges,” said Lang. “It has become a contentious land-use issue because solar arrays take up quite a bit of land per unit of energy produced.”

The biggest issue of contention between residents and solar developers is siting, according to Lang. The easiest and cheapest locations for installing solar arrays are on farmland and forested properties, and yet those are areas particularly prized by residents, who would prefer that the installations take place on previously developed properties.

To better understand these issues and their financial impact on housing values, Lang and Gaur reviewed 400,000 housing transactions between 2005 and 2019 within three miles of one of 284 sites where a solar array would eventually be installed.

“Solar power has benefits, and most people are aware of those benefits, but there are some downsides to living near a large array. It’s an industrial-looking land use, and there are ecological concerns associated with them, and people may not want to live nearby,” Lang said. “We wanted to understand how nearby property values respond when a solar array is built.”

By looking at how housing prices changed from before to after the installation of a solar array, the researchers found that property values within one mile declined by an average of $5,751 or 1.7%. This translates into approximately $279 per year that buyers are willing to spend on a home purchase to avoid living near a solar installation.

“That’s not an enormous figure, but if you sum all of the properties within one mile of an array, that number becomes pretty big in terms of the total loss of value,” Lang said.

Not every property is affected in the same way, however. The biggest negative impacts were in suburban communities when a solar array was installed on a farm or forested property.

“When a farm or forest is developed into solar and there is a scarcity of that type of land in the area, you get a double negative – you lose the farm and forest amenities that are highly valued, and you get the disamenities of a solar development,” Lang explained. “Losing that natural area and replacing it with something industrial is where the biggest negatives arise.”

In those circumstances, the researchers found that housing prices within a mile of the solar installation declined by 5%.

By calculating the value of the reduction in carbon emissions from the solar installation and comparing it to the loss in housing value due to the installation, Lang said that the benefits of solar energy installations are outweighed by the costs to nearby property owners.

“What this means is that we need to be smarter in siting our solar installations,” Lang said. “We should be building in areas that don’t have a lot of properties close to the array. And not building on farm and forest land in nonrural areas would significantly help the calculation.

“If we can incorporate people’s preferences into siting decisions and into the benefit-cost analysis, then we can flip this result and the global benefits of solar installations will outweigh the local disamenities,” he added.

Lang’s next study will examine how best to incorporate people’s preferences into siting decisions.