$3 million grant extends 30-year study, one of the longest on premature birth 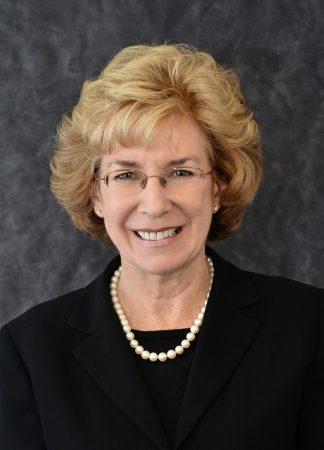 KINGSTON, R.I. — June 25, 2019 — The stress premature infants experience can carry on throughout their adult life, causing cognitive limitations, social struggles at work or in school, and a greater risk of health ailments, including cardiac conditions, one of the longest-running U.S. studies of premature infants has shown.

University of Rhode Island College of Nursing Professor Mary Sullivan will continue the now 30-year-long study for another five years, thanks to a $3 million grant from the National Institutes of Health. The project has so far garnered more than $10 million in grant funding.

The study — “Allostatic Load & Epigenetic Mechanisms in Lifecourse Trajectories of Preterm Infants at Age 30” — continues the work that began in the 1980s with a group of babies born prematurely at Women & Infants Hospital. Involving 215 people born 30 years ago — including a control group of full-term babies, and premature babies born at 22 to 36 weeks — the study tracks the successes and difficulties premature babies continue to face into adulthood, and compares them to the group of full-term babies.

Sullivan, the principal researcher who in 1990 joined the study originally begun at Women & Infants and Brown University, has found the stress of being born prematurely continues to impact the body even after preterm babies catch up developmentally to their full-term peers. In the last round of studies — when the study participants reached their 23rd birthdays — researchers found dysregulation in their neuroendocrine function, the stress response system.

“When we’re under stress, we have a system that kicks in. Our heart starts beating faster; our pupils dilate; it helps us run and get away from the stressor,” Sullivan said. “So if you think about a premature infant, they are born early, their body systems are not mature, and they’re in this Neonatal Intensive Care Unit where there’s bright lights and painful procedures designed to help them survive. They are not with their nurturing parent in the same way as a full-term infant. So this stress response system gets activated again and again. When these babies get older, the stress system isn’t regulated like a full-term infant. So over time, when you have all this activation, there is stress on body tissues and organs.”

That stress can increase the allostatic load — a measure of the wear and tear on a body’s systems — which can manifest in the form of a variety of health issues, including high blood pressure, diabetes, cognitive and mental health disorders including anxiety and depression, and cardio-vascular problems. Among the results at age 23, was a disruption in the premature group’s stress response system, prompting the new study at age 30. It can also throw off the body’s epigenetic clock, causing the body to age faster than its chronological age.

For the latest study, Sullivan’s team includes Dr. Charles Eaton at Brown University’s Center for Primary Care and Prevention, and scientists at other institutions including the University of California-Irvine, University of Chicago, UCLA, and Northwestern University. Together, they will study the participants in a lab, conducting blood work, body composition analysis and a physical assessment, among other tests. Participants will then collect their own saliva samples over a period of time to measure levels of cortisol, the primary hormone associated with a stress response. Similar to previous times, the investigators will visit the participants in the home to learn about their home and work life. They also plan to explore epigenetics as a way to take a deeper look at the molecular processes associated with pathologic aging.

Cortisol is one key indicator researchers will examine. For the typical person, cortisol levels are low first thing in the morning, then spike about 45 minutes after waking, before gradually decreasing throughout the day. In the 23-year version of the study, researchers found that system was off kilter in the pre-term study group.

“What we found with some who were born preterm, particularly those who were very sick, is that they did not necessarily have that awakening response; their cortisol level started higher and they had a higher level throughout the day,” Sullivan said. “Some people call this a blunted response, so what we think is happening is that the baseline for their cortisol is higher. Perhaps there’s something about the premature experience that affects this stress response system.”

In addition, a person’s environment can continue to affect their stress responses throughout life, prompting that part of the 30-year study. At 23, many of the participants were doing well. Some were in graduate school, others in the military or beginning careers in the private sector.

“But at age 23 not everybody had been launched as an adult so we want to see where they are now. This is a new developmental stage for adults called emerging adulthood,” Sullivan said. “We’re interested in how did they manage the everyday things and that’s some of the other assessment we will be doing. I want to make it clear, however, that there’s a lot of good news on how these former preemies are doing.”

Ultimately, Sullivan’s study aims to understand how to limit NICU stress in order to mitigate the impact it may have throughout the lifespan. “It is important to understand that the adult stress response we are seeing likely relates back to preterm birth and experiences in infancy, which we should consider when providing care,” Sullivan said. “Mine is one study identifying these outcomes, but there are other studies, too, and if there are some commonalities, I think that means that we have to pay attention.”