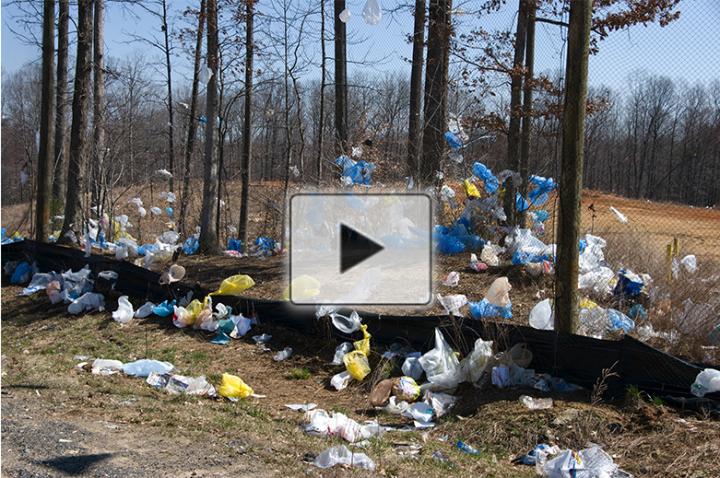 Plastic bag pollution has become a huge environmental problem, prompting some cities and countries to heavily tax or ban the sacks. But what if used plastic bags could be made into higher-value products? Now, researchers have reported a new method to convert plastic bags into carbon chips that could be used as anodes for lithium-ion batteries. They report their results in ACS Omega. See it in action in a toy truck here.

Many plastic bags are used only once and then disposed, ending up in landfills, oceans and elsewhere in the environment, where they can take hundreds of years to decompose. Scientists have long recognized that the polyethylene in plastic bags could be an inexpensive source of energy-storing carbon. However, previous methods to upcycle polyethylene into pure carbon have been inefficient or required expensive, complex processes. Vilas Pol and colleagues wanted to develop a simpler yet efficient approach to convert plastic waste into useful carbon-containing materials.

The researchers immersed polyethylene plastic bags in sulfuric acid and sealed them inside a solvothermal reactor, which heated the sample to just below polyethylene’s melting temperature. This treatment caused sulfonic acid groups to be added to the polyethylene carbon-carbon backbone so that the plastic could be heated to a much higher temperature without vaporizing into hazardous gases. Then, they removed the sulfonated polyethylene from the reactor and heated it in a furnace in an inert atmosphere to produce pure carbon. The team ground the carbon into a black powder and used it to make anodes for lithium-ion batteries. The resulting batteries performed comparably to commercial batteries.

The authors acknowledge funding from the Davidson School of Chemical Engineering at Purdue University, the Council of Science and Technology of the State of Querétaro and the Technological University of Querétaro.

The study is freely available as an ACS AuthorChoice article here.

Undersea gases could superheat the planet

What leads to compulsive alcohol use? New experiments into binge drinking provide…