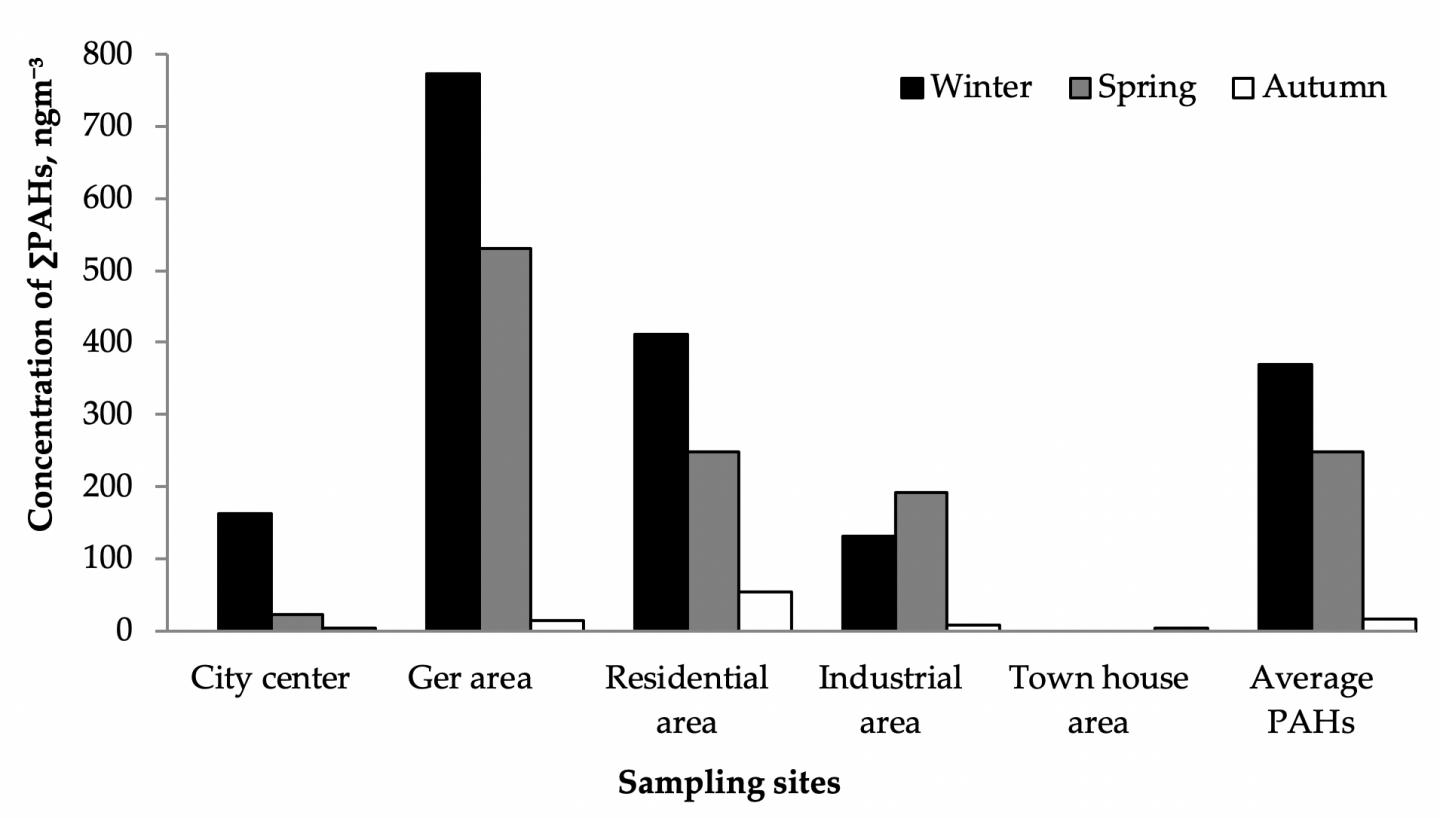 Ulaanbaatar is often called the world’s coldest capital city because the temperature can reach ?40 °C on winter nights. The harsh climate causes each household in a ger (a traditional Mongolian house) to consume >5 t of raw coal and 3 m3 of wood each year. The increasing population and demand for energy in Ulaanbaartar in recent years has caused air quality to deteriorate markedly. Poor air quality poses serious threats to the health of the inhabitants of Ulaanbaartar.

The fine particulate matter (e.g., PM2.5) mass concentration is often used as an ambient air pollution index. PM2.5 concentrations have often been found to be even higher in Ulaanbaartar than in heavily polluted Asian megacities. However, the PM2.5 concentration is calculated from the mass of particles and does not take into account the toxic chemicals sorbed to or contained in the particles.

This study was the first of its kind to be performed in Ulaanbaatar. The aim was to characterize spatial and temporal variations in particulate-bound PAH pollution, identify the pollutant sources, and assess the health risks posed.

Suspended particle samples were collected in five districts in Ulaanbaatar during the heating and non-heating periods of 2017. The samples were analyzed, and the concentrations of 15 PAHs with two-six benzene rings were determined.

The results indicated that there is a direct link between high PAH concentrations in certain districts of Ulaanbaatar and the types of fuel used. The results also indicated the dilemma faced by the city: residents must choose between heating and improving air quality.

Prolonged exposure to polluted air in winter gives a high lifetime cancer risk, indicating that there is an urgent need for dramatic mitigation measures to be implemented. The results provide evidence for developing effective, scientifically based, air pollution control strategies.

Why so fly: MU scientists discover some fruit flies learn better than…