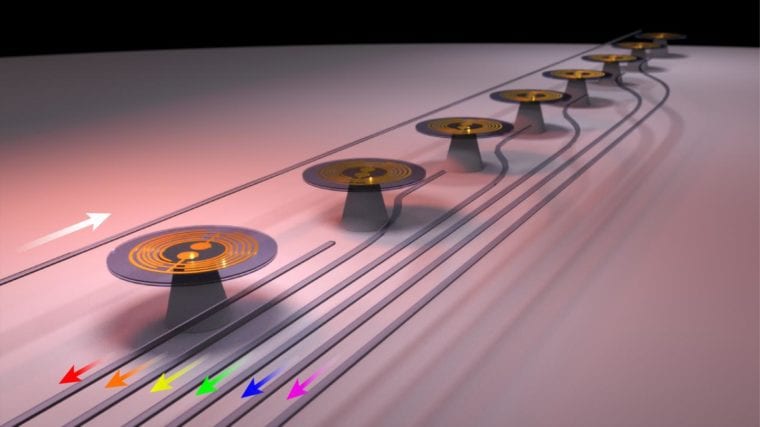 Quantum sensors being developed at the University of Queensland could revolutionise navigation and communications in unmanned and autonomous vehicles.

UQ researchers are working with the Australian Defence Force (ADF), NASA, Orica Ltd and Brisbane’s Skyborne Technologies to develop the next-generation sensors as part of a $6.6 million Australian initiative to develop quantum technologies for use in defence applications.

UQ scientist Professor Warwick Bowen said the research could position Australia as a world-leader in ultraprecise sensors for unmanned and autonomous vehicles.

“This is an exciting new direction, applying quantum physics to major challenges in modern technology,” he said.

“These sensors will be so precise that the laws of quantum physics are required to understand how they function.

“And they’ll be built from both nanoengineered mechanical devices fabricated on a silicon chip, and atomic gases cooled until they behave as matter waves.”

The research is part of the newly created Australia-wide Quantum Technologies Research Network, set up under the Next Generation Technologies Fund.

UQ has been awarded two projects focused on developing quantum accelerometers, gyroscopes, sonar and magnetometers, with total funding of $1.7 million.

Professor Halina Rubinsztein-Dunlop said the collaborations with the Australian Defence Force and other partners were critical to the research’s success.

“Taking sophisticated new sensors out of the lab and into practical applications is challenging, but working with the ADF, NASA and other industry partners will make this possible,” she said.

“The Quantum Technologies Research Network will position Australia at the forefront of this important area of technology.

“By partnering with industry, academia and government research agencies, we can push the potential of quantum technologies, create prototype systems, and demonstrate the practical application of quantum systems to complicated and demanding defence problems.

“UQ is the perfect place for research in quantum technology, and we’re excited about the world-changing technology that this collaboration will create.”

The Next Generation Technologies Fund has been established under the Defence Science and Technology Group, whose mission is to apply science and technology to safeguard Australia.

A topological approach to the next generation of electronic, photonic and phononic devices

Scientists ‘must be allowed to cry’ about destruction of nature

Scienmag Oct 14, 2019
Credit: Tim Gordon Scientists witnessing the destruction of the natural world must be supported…