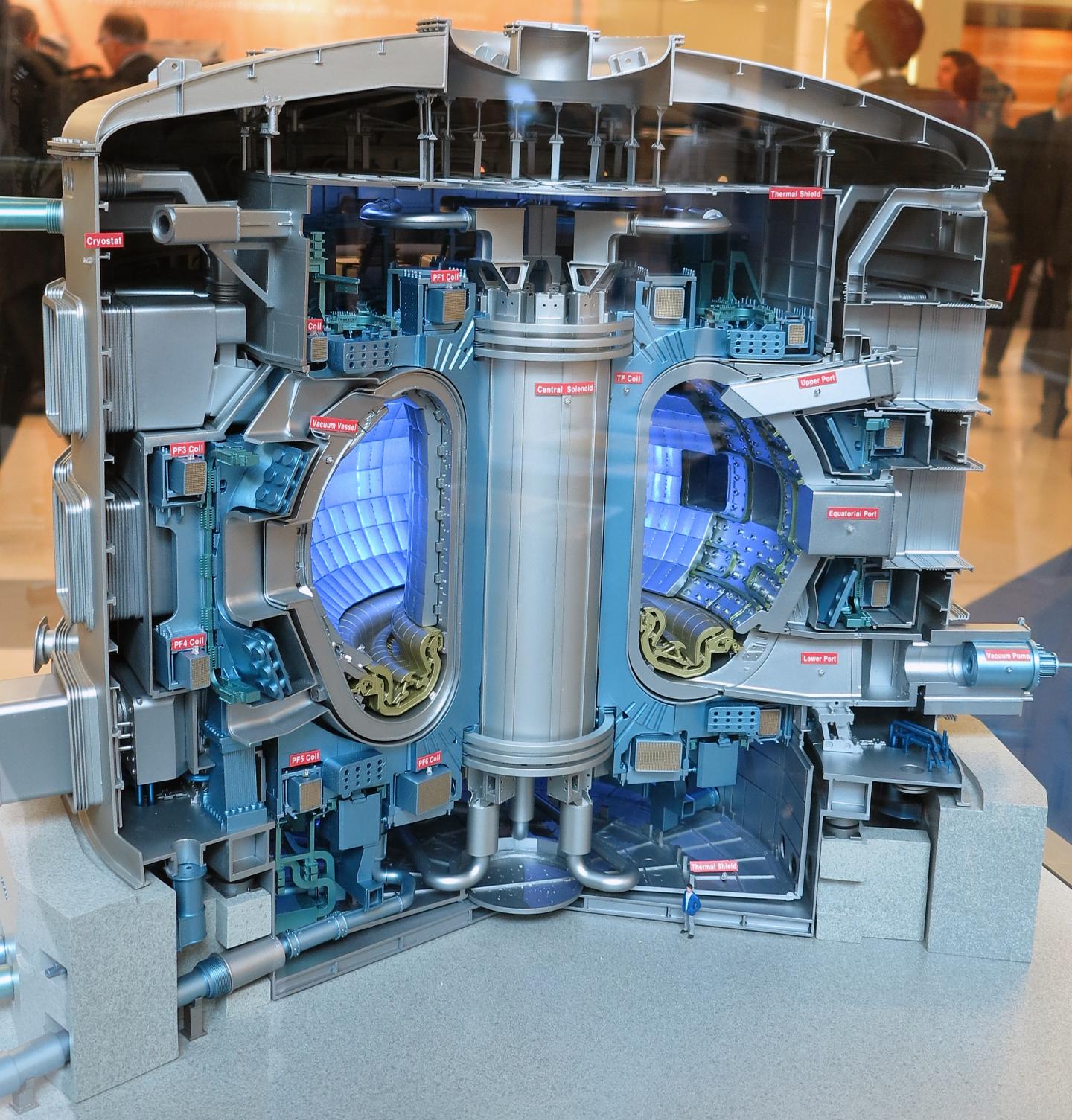 The energy source of the Sun and other stars is determined by the fusion reaction between two hydrogen nuclei. Imitating this process in a reactor would enable to produce so much energy that satisfy the world’s energy needs forever. It would not cause hazardous environmental pollution and the fuel supply would be unlimited. The downside, however, is that the level of radiation in such a fusion reactor would be so high that currently known materials would not tolerate it. Thus, researchers still need to create suitable construction materials for the reactor.

The low-power experimental reactor based on fusion technology, ITER, is currently being built in France for scientific experiments. The reactor is expected to be completed by 2027, followed by a test period, after which it is possible to build the DEMO demonstration reactor that is currently in the design stage.

Diamond windows convey information about what is happening in the reactor

A research group led by materials scientists of the University of Tartu is developing dielectric and diagnostics windows needed for evaluating and monitoring the operation processes of the future DEMO reactor. Principal Investigator of the project, Professor of Solid State Physics Aleksandr Lushchik says that the University of Tartu’s Laboratory of Physics of Ionic Crystals has long-term experience in researching radiation phenomena. “The current project is focused on the development of diamond windows. More precisely, the project aims to find out how the purity of diamond ceramics, various protective layers and other technological innovations affect the radiation resistance of such windows. We also want to know how and for how long the properties of the window persist under radiation,” Lushchik explained.

Our researchers’ partners in the three-year project are the Karlsruhe Institute of Technology in Germany and the Institute of Solid State Physics, University of Latvia. Researchers in Karlsruhe make the diamond windows, their properties are analysed at the Laboratory of Physics of Ionic Crystals of the University of Tartu, and in Latvia, researchers model how the material would behave under actual operation conditions. “Very sensitive methods must be used for analysis of the windows, because the concentration of impurities may be very small, and the extent of changes occurring in diamond crystals is very small. The impact of the small changes on the reliability of the whole window, however, may be huge in the conditions of radiation. We need to determine the effect of the impurities and what structural defects are created under radiation, and study whether these defects are persistent or recovered in certain circumstances,” Lushchik explained. The goal of the workgroup of Tartu scientists is a window, the significant functional properties of which persist under radiation as long as possible.

Lushchik emphasised that the whole work is a preparation to be able one day to build reactors, which are currently designed. “The principle of operation of currently used nuclear reactors is the fission of heavy nuclei. Mostly uranium and plutonium are used as fuel. We are preparing for fusion reactors that will produce energy generated from the fusion of hydrogen nuclei. Radioactivity problems, including potential waste, are almost non-existent there compared to the nuclear fission reactors,” Professor Lushchik explained.

According to researchers, the development of technology and materials required for building the DEMO reactor may take about twenty more years. According to EUROfusion plans, DEMO could start operation in approximately 2050. Then it will take a few more decades to get to an industrial reactor.

EUROfusion is the largest fusion research consortium in the world. The project led by the University of Tartu was selected from among 72 proposals.