For decades, scientists have been trying to unravel an enduring mystery of structural biology: Why do two otherwise identical protein forms found in everything from plants, amphibians and human beings hang onto a slight variation across the mighty span of evolution? 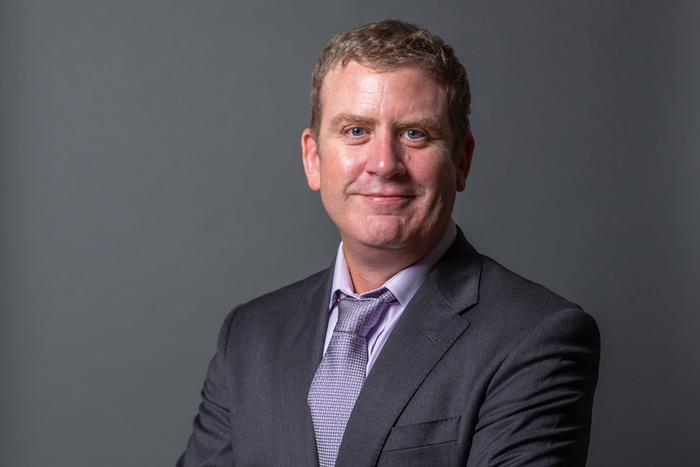 For decades, scientists have been trying to unravel an enduring mystery of structural biology: Why do two otherwise identical protein forms found in everything from plants, amphibians and human beings hang onto a slight variation across the mighty span of evolution?

It’s a puzzle rooted in the deepest past. But now, the University of Ottawa’s Faculty of Medicine and Yale University colleagues have collaborated to provide a compelling answer to this elusive question. This new knowledge about these code-carrying proteins and the meaning behind their tiny variation could help expand our understanding of DNA damage repair and shed light on mechanisms behind some diseases, including cancers.

In the latest issue of the journal Science, widely recognized as being one of the top scientific journals in academic publishing, uOttawa’s Dr. Jean-François Couture and collaborating researchers suggest they have unveiled the hidden influence of a single variation – a variable amino acid – between the histones H3.1 and H3.3. These are two H3 subtypes of evolutionary conserved proteins with structures that have remained nearly unchanged through millions of years of evolution.

Before this study, scientists didn’t grasp the specific role of this small biochemical variation in the H3.1 subtype, only that it was somehow so vital that it has been maintained in plants and animals over vast swaths of time.

“Our findings are exciting because people have been trying to wrap their minds around this question for many years,” says Dr. Couture, Professor and Chair of the uOttawa Faculty of Medicine’s Biochemistry, Microbiology and Immunology department and leader of a chromatin structural biology and biochemistry lab at the university.

Like thread wrapped tightly around a spool, DNA coils around histones in an amazing exhibit of natural engineering. And these tiny proteins scaffold DNA within the confines of an eukaryotic cell’s nucleus.

Dr. Couture says the new findings by uOttawa and Yale researchers essentially untangles the co-evolution of the “histone code” and a process of DNA damage repair. Faults in the body’s DNA repair mechanisms can lead to cancer types and other serious diseases.

The critical importance of DNA damage repair is clearly shown by its conservation during the remarkable evolution of eukaryotes, according to Dr. Couture. Eukaryotes are an extraordinary range of organisms, single-celled or multicellular, that includes human beings and descended from a common ancestor that lived roughly two billion years ago.

In the Science publication, members of the Couture laboratory at the uOttawa Faculty of Medicine revealed details about why histone H3.1 is a key player during DNA damage repair for eukaryotes. They used X-ray crystallography to understand the molecular underpinnings responsible for the cellular function of proteins.

In collaboration with scientists at Yale, Dr. Couture’s laboratory uncovered that one DNA repair protein, dubbed “Tonsoku-like” by scientists, specifically recognizes histone H3.1, essentially connecting two of the most evolutionary conserved mechanisms that sustain eukaryotes on Earth. By manipulating the genome of the Arabidopsis thaliana, a small flowering plant belonging to the mustard family, the research team discovered how the H3.1 variant is specifically required during DNA replication to repair damaged DNA.

“The operating model we’ve been studying is from plants, but the same mechanism can be applied to mammals, to humans,” says Dr. Couture.

Additionally, the “Tonsoku-like” protein is known to be linked to an autosomal recessive disease called sponastrine dysplasia, an ultrarare disorder marked by short stature and facial and skeletal abnormalities. The research could have implications for this little-understood disease, according to Dr. Couture

Dr. Couture is a co-corresponding author on the paper along with Dr. Jacob, and uOttawa’s Hossein Davarinejad is a co-lead author along with Yale’s Yi-Chun Huang.