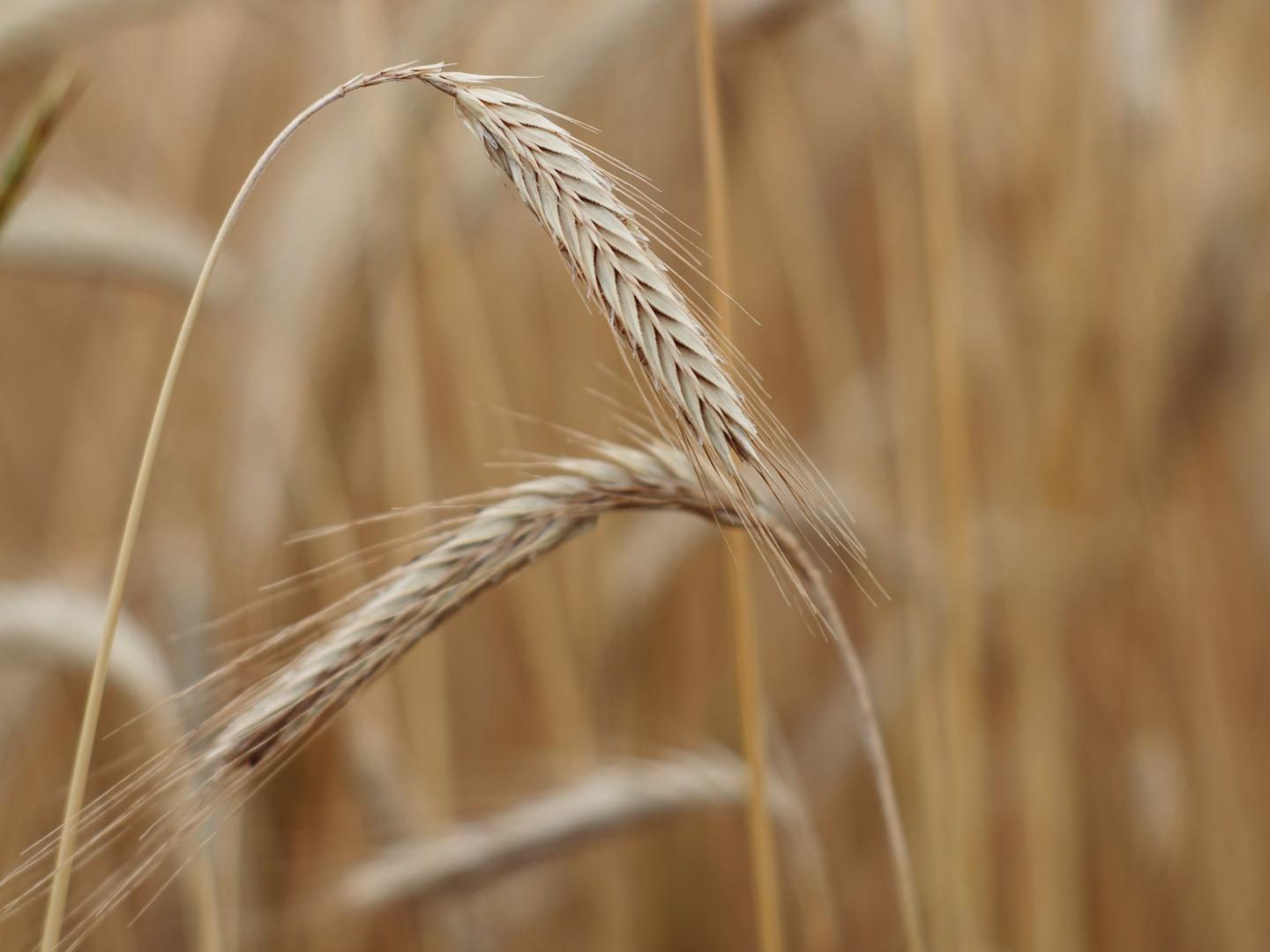 As one of the founding members of the International Rye Genome Sequencing Group (IRGSG), the University of Maryland (UMD) co-published the first full reference genome sequence for rye in Nature Genetics. UMD and international collaborators saw the need for a reference genome of this robust small grain to allow for the tracking of its useful genes and fulfill its potential for crop improvement across all major varieties of small grains, including wheat, barley, triticale (a cross between wheat and rye that is gaining popularity), and rye. Following the model of international collaboration used when UMD helped sequence the wheat genome, UMD co-developed the idea to produce a reference genome, organized the effort, and contributed to achieve the collective goal. The result is a valuable resource that can help improve grain yield, disease resistance, and temperature tolerance to increase climate resilience in grain crops.

“This reference genome is a wonderful resource, and it opens so many new doors for us,” says Vijay Tiwari, assistant professor in Plant Science and Landscape Architecture (PSLA) at UMD and leader of the Maryland Small Grains and Genetics program. “The knowledge that rye offers us to fight physical and disease stressors is going to help us produce better crops that can tolerate disease and climatic changes much better. We can do genome-wide assays to see where useful traits are coming from, and for that, we need a reference genome to provide a framework.”

Nidhi Rawat, assistant professor in PSLA and plant pathologist specializing in diseases like Fusarium Head Blight that ravage small grains, adds, “The more we screen, the more we get amazed with how much useful diversity we see in rye. It holds tremendous potential for crop improvement across wheat, rye, triticale, and barley.”

Authored by more than 60 scientists from 14 countries including 4 research institutions in the U.S., this collaboration represents truly cooperative science. Based off the example of the International Wheat Genome Sequencing Consortium (IWGSC), Nils Stein of the Leibniz Institute of Plant Genetics and Crop Plant Research (IPK) in Germany took the lead on coordinating with the global collaborators to ensure that all the necessary pieces came together to produce the full rye genome. UMD is proud of the work they did to help bring this idea to fruition.

“Before this, there was significant effort to sequence the rye genome, but the fragmented assembly was not sufficient,” says Tiwari. “But in this case, scientists all came together without centralized support because we all decided it was a good idea to get this knowledge out to the community. At UMD specifically, we helped develop the consortium, co-developed the idea, and provided resources to get the sequencing done and complete the mapping work. It was really absolute teamwork.”

The excitement for this new rye reference genome can be especially felt across scientific and agricultural communities alike, laying the groundwork for many avenues of future research and crop improvement. According to Tiwari and Rawat, rye has a very diverse set of genes that allows it to grow in all kinds of soil and environments, making it very stress tolerant and disease resistant. It is also a cross-pollinated crop unlike self-pollinating wheat and barley, making it ideal for producing more robust hybrid grain varieties.

“Ancient wheat, barley, and rye all evolved around the same time,” explains Tiwari. “But rye took a different path and has some unique advantages to the others. For example, finding ways to make wheat and barley cross-pollinating crops makes it easier to produce hybrid wheat or barley and is a huge incentive for increasing yield. Rye has that capability already.”

Rawat and Tiwari also stress that rye and triticale (developed by crossing wheat and rye) are important cover crops for this region because of their efficient use of nutrients and need for little fertilizer, making them great for the Chesapeake Bay. “In addition to being good for bread and beer, rye is a popular cover crop because it has a very good portfolio for nitrogen and phosphorus use efficiency which are specifically very important for keeping excess nutrients out of the Bay,” says Rawat. “Recently, we screened hundreds of triticale lines for diseases and found useful genetic diversity that seems to be coming from rye. With the availability of the reference genome of rye, it will be very easy to map the genes underlying these useful traits and transfer them to wheat and other small grains.”

Rawat and Tiwari are excited at the breeding and research opportunities that this work can open up across the entire spectrum of small grains, allowing for the development of varieties that can meet the diverse needs of growers worldwide.

“It feels really great to see that in the last three years, we have two reference genomes sequenced for small grains [wheat and rye], and UMD was one of the leaders in both of them,” says Tiwari. “It is a useful contribution towards the AGNR initiative to increase global food security.”

“I’m particularly excited because it not only shows our research excellence at a national and international level, but the real satisfaction comes that the work we are doing in the lab is actually benefiting farmers at the ground level,” stresses Rawat. “That is very fulfilling – that is a reward that is invaluable.”