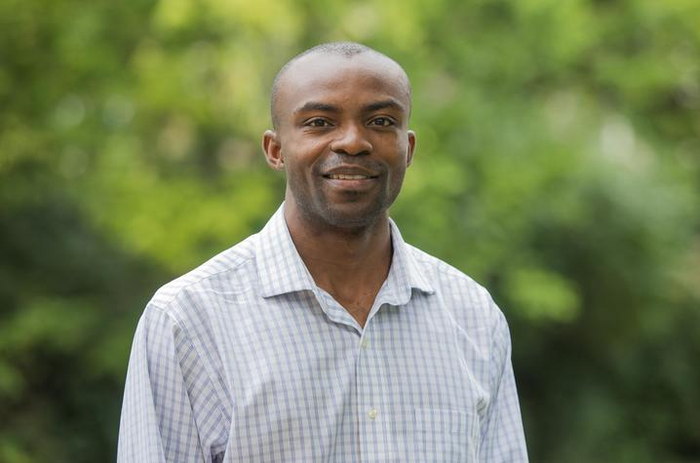 The study led by Samuel G. Awuah, Ph.D., was published in Chemical Communications with Adedamola Arojojoye, a graduate student in Awuah’s lab as the paper’s first author.

The new gold-derived compounds created by Awuah’s lab were toxic to cancer cells but well-tolerated by mice, giving them potential in the development of new cancer drugs that could make it to the clinic.

Many metal-based therapies have proven to be effective against cancer, with platinum-based drugs a first line chemotherapy for testicular, bladder, lung, colon and ovarian cancers. Some metal-based compounds, like gold(III), have promise as anticancer agents, but lack the stability needed to continue therapeutic development.

Awuah’s lab synthesized a new class of gold(III), which had a different structure that was more tolerant to therapeutic use.

In the lab, the new chiral gold(III) compounds were studied on a panel of cancer cell lines to test their effectiveness and understand how they attack cancer cells.

Awuah says developing drugs that cause mitochondria dysfunction deprive cancer cells of energy and is a new relevant strategy to inhibit cancer growth that would be useful in combination with existing therapies.

“Continuing to develop gold-based compounds has the potential to generate new mechanisms of drug action and understanding how they alter cancer cells has significant implications in drug design and is of clinical relevance,” Awuah said.