In its heyday, UIUC’s Blue Waters was one of the world’s top supercomputers. Anyone who was curious could drop by its 30,000-square-foot machine room for a tour, and spend half an hour strolling among the 288 huge black cabinets, supported by a 24-megawatt power supply, that housed Blue Waters’ hundreds of thousands of computational cores. 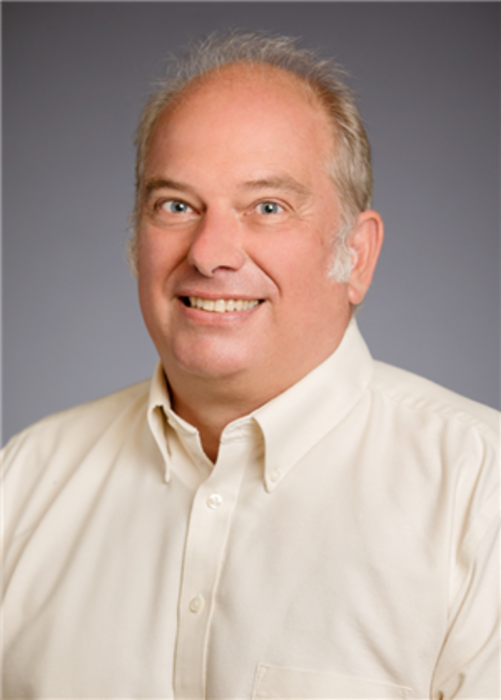 Credit: The Grainger College of Engineering, University of Illinois Urbana-Champaign

In its heyday, UIUC’s Blue Waters was one of the world’s top supercomputers. Anyone who was curious could drop by its 30,000-square-foot machine room for a tour, and spend half an hour strolling among the 288 huge black cabinets, supported by a 24-megawatt power supply, that housed Blue Waters’ hundreds of thousands of computational cores.

Blue Waters is gone, but today UIUC is home to not just one, but tens of thousands of vastly superior computers. Although these wondrous machines put Blue Waters to shame, each one weighs just three pounds, can be fueled by coffee and sandwiches, and is only the size of its owner’s two hands curled together. We all carry them between our ears.

The fact is that humanity is far from having artificial computers that can match the capabilities of the human brain, outside a narrow range of well-defined tasks. Will we ever capture the brain’s magic? To help answer that question, MRL’s Axel Hoffmann recently led the writing of an APL Materials “Perspectives” article that summarizes and reflects on efforts to find so-called “quantum materials” that can mimic brain function.

“The basic idea of what we discuss in this paper is the following: that information technologies are becoming more and more energy-intensive,” says Hoffmann, who is a Founder Professor in Materials Science & Engineering. “You know, we use a lot more computation than we used to for all kinds of things… and some of these things take a surprisingly large amount of energy.”

Further, traditional CMOS computers are not even well-suited to many of today’s computational tasks, like image recognition, which may involve noisy data and poorly defined features of interest. “CMOS has been engineered to be really a very precise machine, where it keeps different information states well-separated,” Hoffmann explains. “So it is not very well-designed for doing things where there is a lot of randomness and fluctuations.”

The human brain, on the other hand, can easily handle such tricky tasks while consuming dramatically less energy than modern computers. “So the idea is now, can we take inspiration from the natural brain to find more energy-efficient ways of doing information processing?”

According to the line of research discussed in the paper, the solution will be “materials that possess some of the same traits that you find in the natural brain.”

Certain “quantum materials”—materials whose physical properties can’t be completely described in simple terms—seem to fit the bill. For example, some of them have tendencies to oscillate in a manner that resembles the oscillations that form naturally within the brain.

“We want to look at materials that are inherently unstable and fluctuating,” says Hoffmann. “It’s very different from the traditional computer, where you want very large energy barriers between your logical zeroes and ones, so that they are well-defined and well-separated.”

Further, in a traditional computer, the memory and the calculation unit are separate, and data are continually shuffled back and forth between them—a major reason why the computation is so energy-intensive. “In the natural brain,” on the other hand, “the computation and the memory are much more collocated,” says Hoffmann. “Information… is much more distributed over the whole network, so there is no need to move it around.”

Quantum materials, in summary, open the door to computers that offer highly energy-efficient “back and forth” and can juggle multiple possible states while consuming very little energy.

Hoffmann co-authored the Perspectives piece with his colleagues from the UCSD-led, DOE-funded Quantum Materials for Energy Efficient Neuromorphic Computing center. His own research in this area focuses mainly on magnetic materials, and how to scale magnetic oscillating systems up from proof-of-concept experiments to useful systems.