The University of Illinois is part of a consortium that has been awarded a five-year, $14.7 million grant from the National Institute on Aging (National Institutes of Health) for the Center for Research and Education on Aging and Technology Enhancement (CREATE). 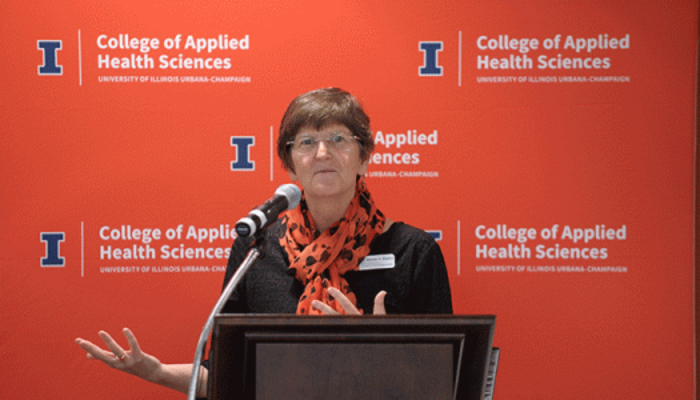 The University of Illinois is part of a consortium that has been awarded a five-year, $14.7 million grant from the National Institute on Aging (National Institutes of Health) for the Center for Research and Education on Aging and Technology Enhancement (CREATE).

University of Illinois Professor Wendy Rogers—of the Dept. of Kinesiology and Community Health within the College of Applied Health Sciences—is the principal investigator for the Illinois site. Co-investigators include Raksha Mudar of the Dept. of Speech and Hearing Science, Dan Llano of the Dept. of Molecular & Integrative Physiology, and Avinash Gupta and RS Sreenivas, both of the Dept. of Industrial & Enterprise Systems Engineering.  “One of the most exciting aspects of the Illinois engagement is the breadth of our involvement, representing four departments across three colleges,” Dr. Rogers said. “Such interdisciplinarity is critical for advancement in technology designed to support older adults.”

Weill Cornell Medicine, Florida State University, and Illinois are the lead universities on CREATE, a multi-institutional, interdisciplinary center. The research will focus on employing emerging and existing technologies to promote wellbeing, quality of life and independence for diverse populations of older adults, and to provide support for older adults with cognitive impairments.

Initially funded in 1999, the goal of CREATE is to ensure that older adults can use and realize the benefits of technology for improving daily living. Through the four previous funding cycles of CREATE, the landscape of aging and technology has changed dramatically.

“We’ve matured and have a greater understanding of the issues and the nature of the populations we’re working with,” said CREATE Director Dr. Sara Czaja, professor of gerontology in medicine at Weill Cornell Medicine. “Technology is increasingly being considered as a solution for the support needs of aging adults, and more technology products are marketed to seniors.”

“The large, multi-site study is unique because it will involve older adults using virtual reality in their home environments,” Dr. Czaja said. It will be one of the largest randomized controlled trials of virtual reality in home settings. Preliminary development and testing will be conducted at the McKechnie Family LIFE Home on the Illinois campus.

The second CREATE V project will focus on providing support for adults with MCI, using innovative technologies to assess further cognitive decline, such as conversion to Alzheimer’s disease or related dementias. “We will be collaborating with the IBM Watson Research Center to develop a speech analysis software support tool that will engage older adults in storytelling,” Dr. Czaja said. The aim of the tool will be to help detect changes in cognitive status.

All three large-scale research projects will be conducted across sites in New York, Florida, and Illinois to collect data from a diverse population of older adults with varying characteristics. CREATE V will also include an expanded pilot research program to support new research for junior investigators.

To enhance the collective understanding of aging adults and technology interactions, Dr. Czaja and her team plan to broadly disseminate the findings, protocols and tools of CREATE V to a worldwide audience, including the research, business and design communities.

“Our specific aims are to understand how we can harness the power of technology to maintain, support and foster the emotional, cognitive and physical health of aging adults, to ultimately enhance their independence, wellbeing and quality of life,” Dr. Czaja said. “These are complex issues, but it’s very exciting.”

A version of this story first appeared on Weill Cornell Medicine’s newsroom.