Archaeologists from Stockholm University’s Archaeological Research Laboratory have located a unique Viking Age shipyard site at Birka on Björkö in Lake Mälaren. The discovery challenges previous theories about how the maritime activities of the Viking Age were organised. 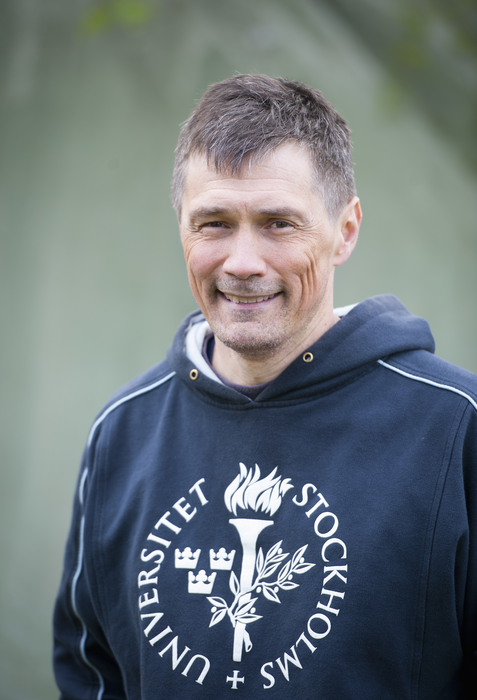 Archaeologists from Stockholm University’s Archaeological Research Laboratory have located a unique Viking Age shipyard site at Birka on Björkö in Lake Mälaren. The discovery challenges previous theories about how the maritime activities of the Viking Age were organised.

“A site like this has never been found before, it is the first of its kind, but the finds convincingly show that it was a shipyard”, says Sven Isaksson, Professor of Archaeological Science at Stockholm University, who led the investigations together with Sven Kalmring, associate professor at Stockholm University and expert on ports and urbanisation in the Viking Age at the Zentrum für Baltische und Skandinavische Archäologie in Schleswig.

The site found consisted of a stone-lined depression in the Viking Age shore zone with a wooden boat slip at the bottom. The finds at the site consist of large quantities of both unused and used boat rivets, whetstones made from slate and woodworking tools.
“The finds of artefacts from the area shows with great clarity that this is where people have served their ships”, says Sven Isaksson.

Previous investigations have observed several of the remains before, but it is through the latest finds that it has become possible to take a comprehensive view.
“Through systematic survey, mapping and drone investigations, we can now show that Birka, in addition to the urban environment, also has a very rich maritime cultural landscape with remains of everything from jetties to boat launches and shipyards”, says Sven Isaksson.

Ships and shipping are characteristic of the Viking Age in the Nordic countries, both for warfare and for trade. One expression of Viking Age long-distance trade is the city-like trading posts that sprang up in the Nordic countries at the time. In Sweden, the best-preserved example is the UNESCO World Heritage site of Birka on Björkö in Lake Mälaren.
“It’s not just about the first urban environments, but shows an intensive exchange of trade goods and ideas between people”, says Sven Kalmring.

The town ramparts around Birka functioned not only as a defence, but also as a legal, economic and social boundary. Previous investigations of harbour facilities in Birka have mostly been carried out inside the town rampart, in the area known as the Black Earth harbour area, and below the so-called Garrison. The newly discovered shipyard at *Kugghamn is located, along with a number of other maritime remains, outside Birka’s town rampart, along the northern shore of Björkö.
“By investigating various maritime elements in connection with a possible house site in Kugghamn, we are now trying to get an overall view of a very exciting and previously archaeologically completely unexplored environment”, says Sven Kalmring.

In order to secure source material that can add nuance to our knowledge of Birka’s maritime cultural landscape, the archaeological investigations are continuing. Among other things, the remains of a boat landing site located outside the town rampart are being investigated, similar to the shipyard site and unlike the previously investigated harbour remains in the Black Earth. Another question the archaeologists are trying to answer is who was allowed to dock were.
“Could anyone land anywhere, or did it matter if it was inside or outside the town rampart? There is much to ponder here. But for us, the investigation doesn’t end with the fieldwork, we continue in the lab. By using analytical laboratory techniques, we get more information out of the fragmentary source material than is otherwise possible”, says Sven Isaksson.

*Kugghamn is a very common name associated with the Cog and Hanseatic period rather than the Viking Age. However, the name can be traced back to an original Kuggholmsudd and does not necessarily point to a harbour location.