Unique blend of comics and humor is key to success of public awareness posters in Singapore, finds Singapore-US researchers

Researchers from Nanyang Technological University, Singapore (NTU Singapore) and the University of Florida have analysed the characteristics contributing the effectiveness of the “Keep Singapore Clean” campaign, which started in 1968, and its various yearly reiterations. 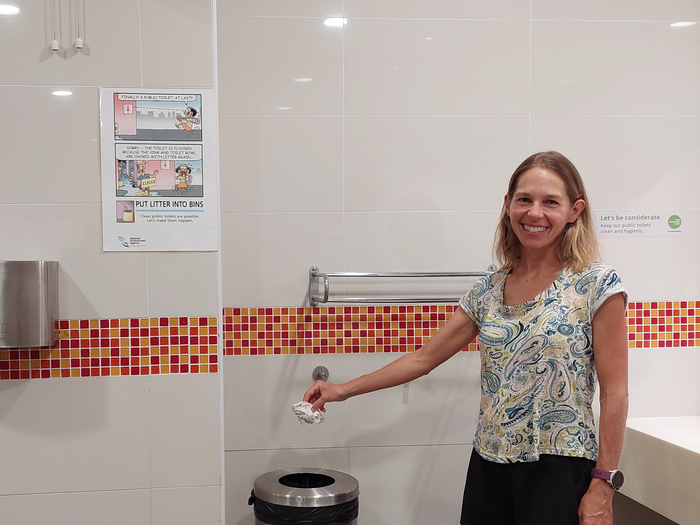 Researchers from Nanyang Technological University, Singapore (NTU Singapore) and the University of Florida have analysed the characteristics contributing the effectiveness of the “Keep Singapore Clean” campaign, which started in 1968, and its various yearly reiterations.

The team of researchers analysed the campaign’s communication modes, such as the use of text, colour, images, and humour, and found that the use of comics for humour and visual-verbal interplay, informality, a simple narrative plot, and exaggerated personalities were the key factors in the campaign’s enduring success.

The researchers say that the choice of the comic strip as the medium for the message creates for a ‘made-up world’ in which it is more acceptable to address unpleasant topics and helps to make the message more relatable and memorable to all ages of the public.

Humour is an effective strategy for instilling values of courtesy and cleanliness. It helps soften instruction on good public hygiene, which can increase uptake of the campaign’s key messages, say the researchers.

The findings were published in the scientific peer-reviewed journal Discourse, Context & Media in April.

Dr Keri Matwick, a linguist from NTU’s School of Humanities, who co-led the study, said: “Humour is a powerful discursive strategy to help educate the public. It makes the content relatable, while addressing topics that are often deemed taboo in our day-to-day lives. The humour in these Singaporean public health campaigns frames the message positively and may work to encourage individuals to exert proper social etiquette.”

Dr Kelsi Matwick, Adjunct Lecturer at the College of Journalism and Communications at the University of Florida, who co-led the study, said: “Research has shown that humour can improve learning, attention span, and retention of a message. The brevity of comics’ messages can grab viewers’ attention and increase the retention of its message. Public health campaigns have tapped into the power of humour in their campaign messages with positive results. The more humorous viewers find the campaign, the more likely they will share it with others.”

Breaking down a public awareness campaign

The poster comics of the Keep Singapore Clean campaign are commissioned by the National Environment Agency (NEA).

They are found throughout the island-nation in public toilets, at libraries, community centres, public gardens, train stations, and hawker centres, and in open-air food courts. The posters are hung on toilet stall doors, walls around the communal sink areas, and paper towel dispensers.

The comics today are produced by local cartoonist Lee Chee Chew, creator of a series of comics in Singapore called “Chew On It” that provides candid snapshots of everyday Singaporean life.

Figure 1: Use the Hand Dryer or Hand Towels

Dr Keri Matwick added: “Both the language and semiotics of the comic work together to make it funny and instructional. The bespectacled man on the left is depicted as more knowledgeable. The layout of the comic also affects the reading and thus meaning of the message. The left side of a layout is usually the Given or what the reader is already assumed to know as a member of the culture. The New information is typically on the right.”

Dr Kelsi Matwick added: “The lesson of the comic is explicit, with the line saying, for example: Clean public toilets are possible. By linking the image of the flicker to this comic, connections to discourse of social irresponsibility and disgrace are made. The underlying message is that following social rules in public washrooms is an intelligent way to act.”

Figure 2: Flush Thoroughly After Use

In the next comic (see Figure 2), the researchers explain that its underlying message is that not flushing after using a public restroom causes the next user fear, shock, and discomfort.

Dr Kelsi Matwick added: “In this comic, the man’s response implies that the sight in the toilet was even worse than seeing a ghost. This comic uses visual cues to indicate the characters’ facial expressions of emotion. For example, eyes popping out and a slack jaw indicate surprise (by the woman), while eyes popping out combined with raised eyebrows and clenched teeth convey fear (by the man).”

Dr Keri Matwick added: “The storytelling of this comics relies on design and framing. The visual and nonvisual elements work together to convey expressions of emotion. For example, the phrase, “Even worse: I saw what was in the toilet bowl!” was encircled with a wavy word bubble, paralleling the shaking of the character’s hand and knees, as indicated with two wavy lines.”

Although this study focussed on the “Keep Singapore Clean” campaign, the researchers note the usage of similar elements, such as informality and humour, in several other successful public awareness campaigns.

In 2003, a national health campaign to combat the outbreak of SARS (severe acute respiratory syndrome), featured a song, “The Sar-Vivor rap”, which employed the use of humour and the unprecedented use of Singlish, a colloquial variety of Singapore English, a strategy that the researchers noted succeeded in helping the campaign’s message reach a broader audience.

During the 1980s, National Courtesy Campaign posters employed the usage of an informal tone, along with thoughts bubbles with incomplete sentences, which the researchers say were effective in encouraging viewers to associate the messages of the posters more with everyday thoughts.

In the future, the researchers will be examining if comics are more compelling or more likely to persuade citizens towards action. They also hope to explore the cross-cultural aspects of interpreting humour in the verbal and visual design of comics.