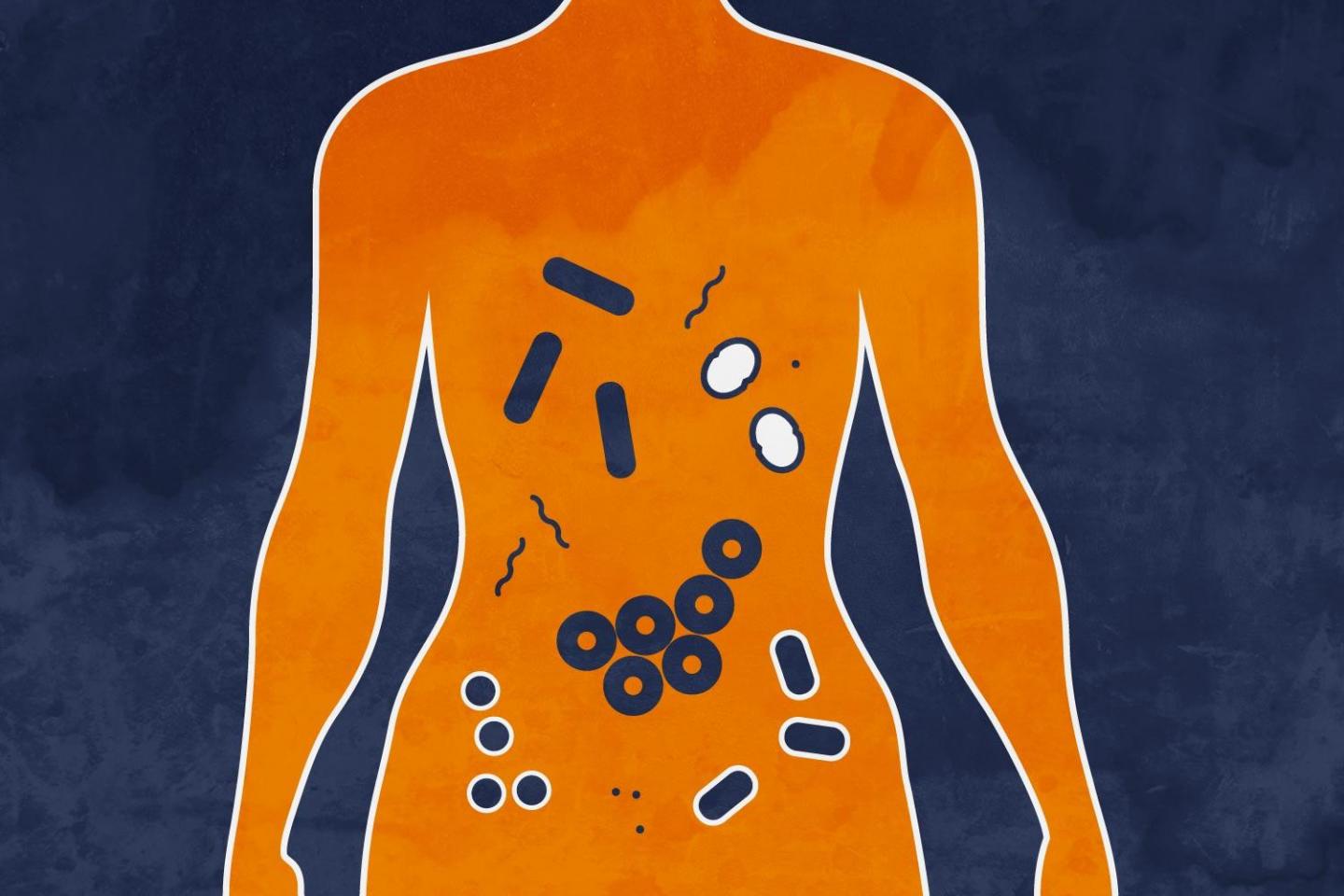 An unhealthy, inflamed gut causes breast cancer to become much more invasive and spread more quickly to other parts of the body, new research from the University of Virginia Cancer Center suggests.

Melanie Rutkowski, PhD, of UVA’s Department of Microbiology, Immunology and Cancer Biology, found that disrupting the microbiome of mice caused hormone receptor-positive breast cancer to become more aggressive. Altering the microbiome, the collection of microorganisms that live in the gut and elsewhere, had dramatic effects in the body, priming the cancer to spread.

“When we disrupted the microbiome’s equilibrium in mice by chronically treating them antibiotics, it resulted in inflammation systemically and within the mammary tissue,” she said. “In this inflamed environment, tumor cells were much more able to disseminate from the tissue into the blood and to the lungs, which is a major site for hormone receptor-positive breast cancer to metastasize.”

Most breast cancers – 65 percent or more – are hormone receptor positive. That means their growth is fueled by a hormone, either estrogen or progesterone. The good news is that these types of cancers are likely to respond well to hormone therapy.

Predicting whether such cancers will spread beyond the breast to other parts of the body (a process called metastasis) is a major challenge within the field, and is primarily driven by clinical characteristics at the time of diagnosis. Early metastasis is affected by a variety of factors, Rutkowski explained. “One of them is having a high level of [immune] cells called macrophages present within the tissue,” she said. “There have also been studies that have demonstrated that increased amounts of the structural protein collagen in the tissue and tumor also lead to increased breast cancer metastasis.”

While Rutkowski used powerful antibiotics to disrupt the mice’s natural gut bacteria, she emphasized that antibiotics are not dangerous and should not be avoided by women with breast cancer or anyone who needs them to treat infections. Mice, after all, are not people, and substantially more research needs to be done to define whether an association exists between chronic antibiotics usage and cancer outcome. For this study, the antibiotics were only a means to an end, a simple way to create a long-term imbalance to the microbiome, similar to what individuals may experience with chronically unhealthy microbiomes. The effect was far, far more exaggerated than would occur in a person taking a normal course of antibiotics, or even multiple rounds.

Thanks in part to Rutkowski’s research, doctors eventually may be able to manipulate the microbiome to benefit patients with breast cancer. But the key message for now, Rutkowski said, is the importance of a healthy microbiome. The finding adds to the growing evidence demonstrating that a healthy microbiome is vital for many aspects of good health.

While she is a cancer researcher rather than a medical doctor, Rutkowski noted there are things that are generally accepted to promote a healthy microbiome. “A healthy diet, high in fiber, along with exercise, sleep – all of those things that contribute to positive overall health,” she said. “If you do all of those things, in theory, you should have a healthy microbiome. And that, we think, is very much associated with a favorable outcome in the long term for breast cancer.”

Do You Need More Than A Smartphone Camera When Traveling?

Scienmag Dec 30, 2019
Dropcap the popularization of the “ideal measure” has led to advice such as “Increase font size for large screens…