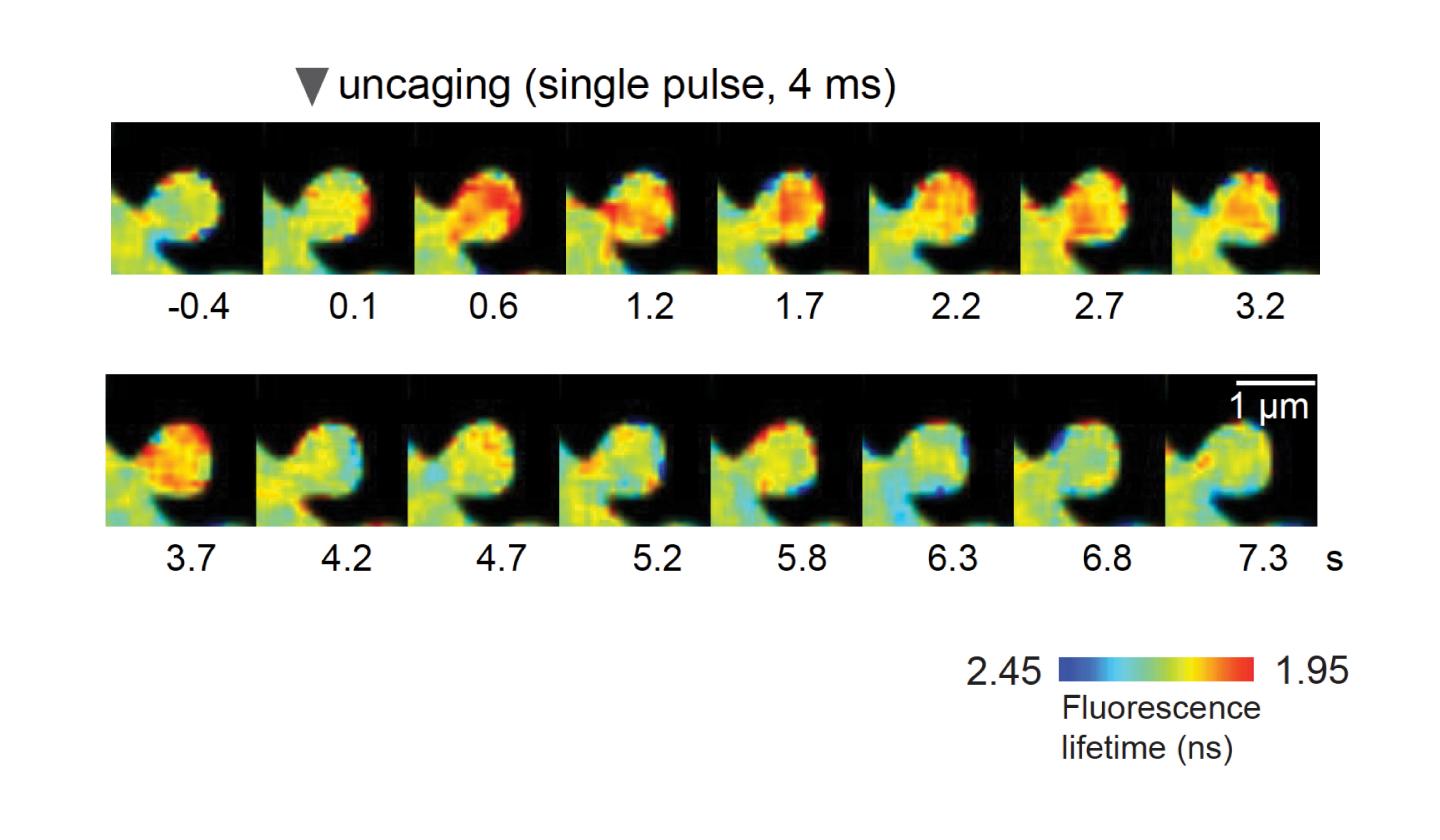 In an increasingly connected world, translators and interpreters play a key role in the exchange of ideas and information. They serve the vital purpose of accurately conveying meaning from one language to the next. Nowadays, almost every modern industry has the crucial need for translators. But did you know that your brain has need for them too?

Though not in the traditional sense, cells in your brain are actively relaying information and communicating with each other in various languages. Neurons speak using neurotransmitters, molecules and electrical signals. In order to properly understand one another, cells in your brain need the skill of proficient translators. Versed in the unique languages of the brain, specialized proteins precisely decipher incoming information and accurately convey it from one neuron to the next.

An important interpreter in the brain named calcium/calmodulin-dependent protein kinase, or CaMKII, plays a critical role in the process of learning and memory. When we learn new skills or form memories, dynamic changes occur at sites of communication between neurons called synapses. As synapses are repeatedly activated, calcium signals initiate a complex cascade that leads to long-lasting alterations in the strength of a neuron’s connections. This process, known as synaptic plasticity, is thought to underlie learning and memory. Playing a critical role in plasticity, CaMKII interprets calcium signals and converts them into the long-lasting changes that help encode memory. But the exact mechanisms behind this process have remained elusive.

Recently published in Nature Communications, a new study from the lab of Ryohei Yasuda, Ph.D., Scientific Director at MPFI has shed light on the unexpected mechanism that allows CaMKII to decode and translate calcium signaling in the brain. Using advanced imaging techniques and novel biosensors, Yasuda and his team have revealed new insights into CaMKII’s activity at the single synapse level.

In order to study CaMKII’s role in synaptic plasticity, the team developed novel sensors capable of disentangling the protein’s two distinct forms of activity. The first sensor, CaMKIIα-CaM, reports CaMKII activity that is dependent on its association with calmodulin (CaM); a protein that mediates the binding of calcium to CaMKII. The second sensor, Camuiα, reports CaMKII’s total activation, including both CaM dependent and CaM independent autonomous activity produced when CaMKII undergoes autophosphorylation.

Employing two-photon microscopy and glutamate uncaging to simulate plasticity in single synapses, the team used their newly design sensors to investigate the varying forms of CaMKII activity in neurons. Previously, it was thought that CaMKII decodes calcium signaling primarily through its CaM dependent activity, but MPFI scientists have uncovered that this might not be the case. Using the CaMKIIα-CaM sensor, they noticed a rapid but small increase in CaM dependent activity that quickly plateaued when calcium pulses are evoked in the synapses. As calcium pulses continue, there were no further increases in CaMKIIα-CaM activity within the neuron. Contrastingly, the Camuiα sensor demonstrated more robust activity and a step-wise activation; where increasing the number of calcium pulses directly correlated with increased CaMKII activity.

Intriguingly, these results indicate that at a synaptic level, CaMKII’s activity is predominantly driven by its autonomous activation and to a much smaller extent by its interaction with CaM. In addition, these findings reveal that the autonomous activity of CaMKII is responsible for responding to and interpreting the language of calcium signaling during the process of synaptic plasticity.

“CaMKII has been well-established as a critically important player in the process of synaptic plasticity, but due to its complex activation profile, a working model of its activity has been difficult to achieve.” notes Yasuda, “With new insights gathered from our novel sensors, we are now able to propose a model that is consistent with our experimental data; broadening our understanding of how molecules contribute to memory.”

How to help patients recover after a stroke

Reining in the ecological effects of free-roaming horses

Beewolves use a gas to preserve food