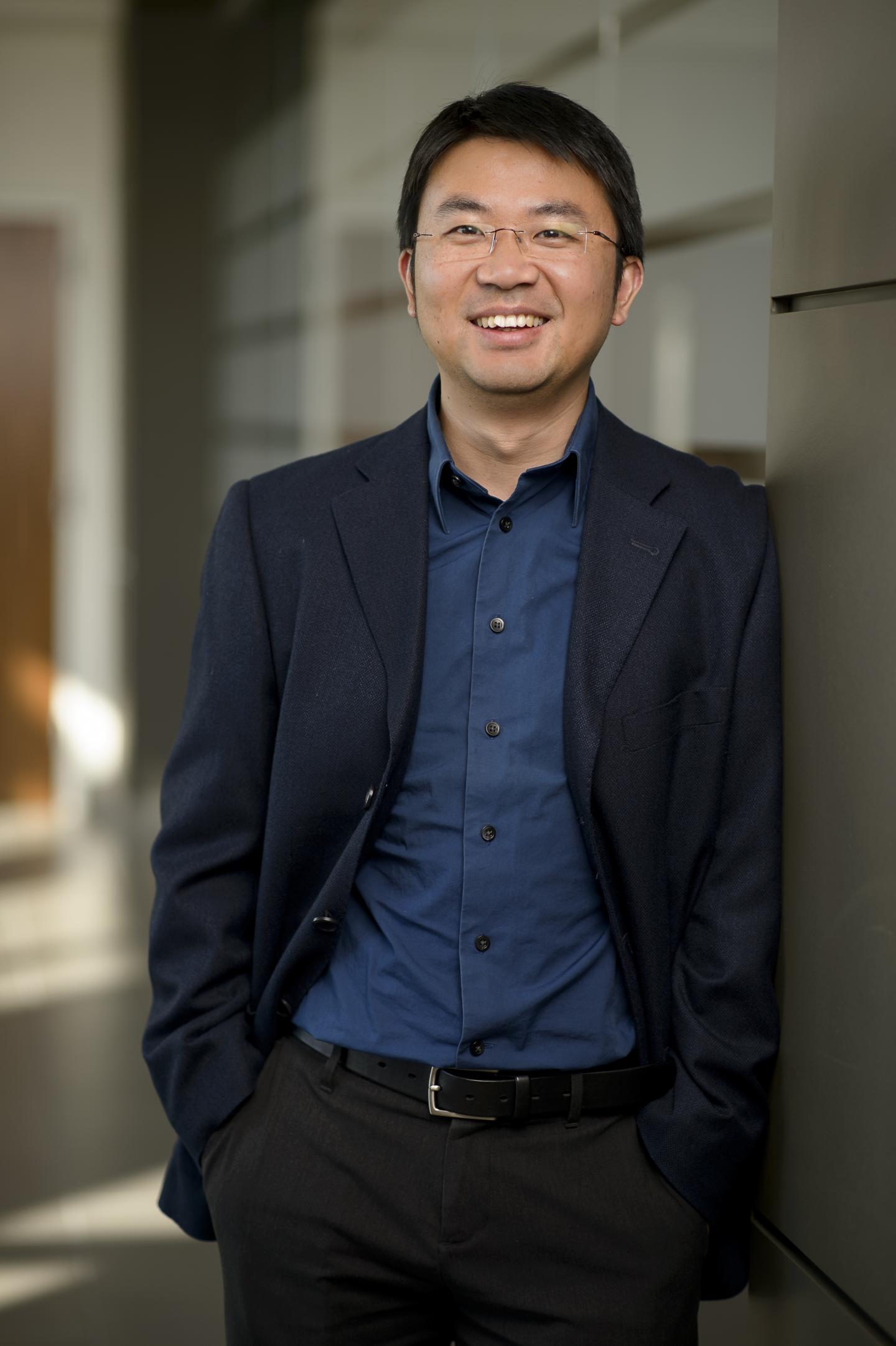 A chemist from Purdue University has found a way to synthesize a compound to fight a previously “undruggable” cancer protein with benefits across a myriad of cancer types.

Inspired by a rare compound found in a shrub native to North America, Mingji Dai, professor of chemistry and a scientist at the Purdue University Center for Cancer Research, studied the compound and discovered a cost-effective and efficient way to synthesize it in the lab. The compound — curcusone D — has the potential to help combat a protein found in many cancers, including some forms of breast, brain, colorectal, prostate, lung and liver cancers, among others. The protein, dubbed BRAT1, had previously been deemed “undruggable” for its chemical properties. In collaboration with Alexander Adibekian’s group at the Scripps Research Institute, they linked curcusone D to BRAT1 and validated curcusone D as the first BRAT1 inhibitor.

Curcusones are compounds that come from a shrub named Jatropha curcas, also called the purging nut. Native to the Americas, it has spread to other continents, including Africa and Asia. The plant has long been used for medicinal properties — including the treatment of cancer — as well as being a proposed inexpensive source of biodiesel.

Dai was interested in this family of compounds — curcusone A, B, C and D.

“We were very interested by these compounds’ novel structure,” Dai said. “We were intrigued by their biological function; they showed quite potent anti-cancer activity and may lead to new mechanisms to combat cancer.”

Researchers tested the compounds on breast cancer cells and found curcusone D to be extremely effective at shutting down cancer cells. The protein they were targeting, BRAT1, regulates DNA damage response and DNA repair in cancer cells. Cancer cells grow very fast and make a lot of DNA. If scientists can damage cancer cells’ DNA and keep them from repairing it, they can stop cancer cells from growing.

“Our compound can not only kill these cancer cells, it can stop their migration,” Dai said. “If we can keep the cancer from metastasizing, the patient can live longer.”

Stopping cancer from spreading throughout the body — metastasizing — is key to preserving a cancer patient’s life. Once cancer starts to migrate from its original organ into different body systems, new symptoms start to develop, often threatening the patient’s life.

Dai and his team believe that as effective as curcusone D is by itself, it may be even more potent as part of a combination therapy. They tested it alongside a DNA damaging agent that has already been approved by the Food and Drug Administration and found that this combination therapy is much more effective.

One difficulty in studying curcusones as potential cancer treatments is that, while the shrub they come from is common and inexpensive, it takes massive amounts of the shrub to yield even a small amount of the compounds. Even then, it is difficult to separate the compounds they were interested in from the rest of the chemicals in the shrub’s roots.

“In nature, the plant doesn’t produce a lot of this compound,” Dai said. “You would need maybe as much as 100 pounds of the plant’s dry roots to get just about a quarter teaspoon of the substance — a 0.002% yield.”

That small yield is relevant for production, because if it is effective as a cancer treatment, pharmacists will need a lot more of it. Additionally, having an abundant supply of the compounds makes studying them easier, quicker and less expensive.

“That’s why a new synthesis is so important,” Dai said. “We can use the synthesis to produce more compounds in a purer form for biological study, allowing us to advance the field. From there, we can make analogs of the compound to improve its potency and decrease the potential for side effects.”

The next step will be to test the compound to ensure that it is not toxic to humans, something the researchers are optimistic about since the shrub it came from has been used as a traditional medicine in a number of cultures. Already, researchers from other entities have reached out to test the compound on the cancers they study, bringing hope for renewed therapeutics for treating the disease.

“Many of our most successful cancer drugs have come from nature,” Dai said. “A lot of the low-hanging fruit, the compounds that are easy to isolate or synthesize, have already been screened and picked over. We are looking for things no one has thought about before. Once we have the chemistry, we can build the molecules we’re interested in and study their biological function.”

This research was funded through grants from the National Institutes of Health and the National Science Foundation. Patent application U.S. 63/084,594 covers this finding.

At the Purdue University Center for Cancer Research, our mission is basic discovery — discovery that is the foundation for innovative cancer solutions. PCCR leverages Purdue’s strengths in engineering, veterinary medicine, nutrition science, chemistry, medicinal chemistry, pharmacy, structural biology and biological sciences to establish its foundational base. As a National Cancer Institute-designated cancer center, PCCR is making significant contributions to emerging technologies, such as cancer vaccines and combination chemotherapy. We specialize in translational research that saves lives by translating laboratory findings into new and innovative therapies as quickly as possible. Our mission is discovery. Our goal is to cure cancer.

Purdue University is a top public research institution developing practical solutions to today’s toughest challenges. Ranked the No. 5 Most Innovative University in the United States by U.S. News & World Report, Purdue delivers world-changing research and out-of-this-world discovery. Committed to hands-on and online, real-world learning, Purdue offers a transformative education to all. Committed to affordability and accessibility, Purdue has frozen tuition and most fees at 2012-13 levels, enabling more students than ever to graduate debt-free. See how Purdue never stops in the persistent pursuit of the next giant leap at https://purdue.edu/.