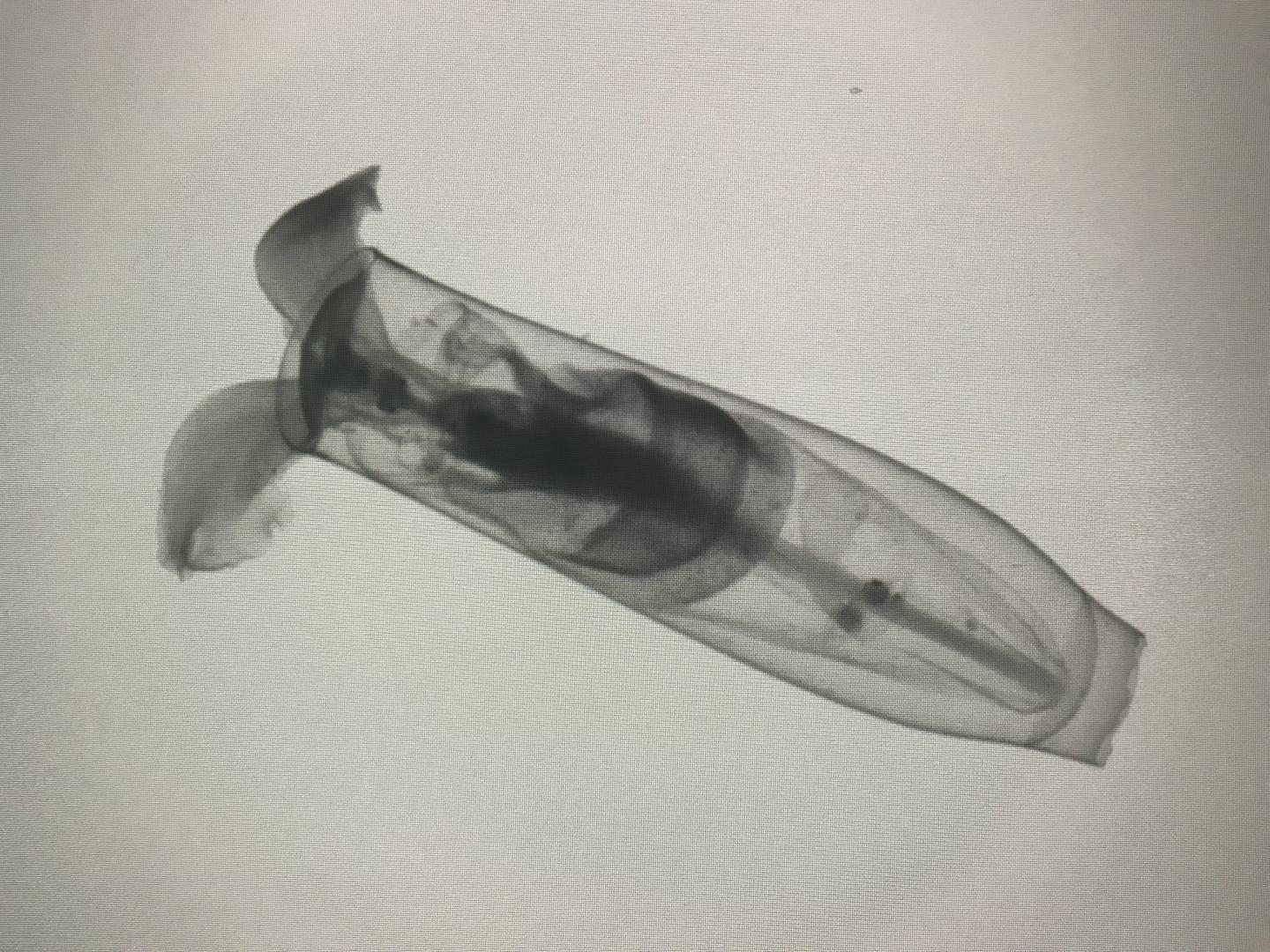 A new study published in the journal Frontiers in Marine Science is changing the way that biological oceanographers view the swimming and sinking behaviors of open ocean, or pelagic, snails. Pteropods and heteropods are small marine snails, most measuring on the order of millimeters to centimeters, that are found throughout the world’s ocean from the surface to depths of 3000 feet (1000 meters). Although small in size, these organisms play a vital role in the ocean’s food web and biogeochemical cycles, as well as the global carbon cycle.

Led by Ferhat Karakas, a graduate student in mechanical engineering at the University of South Florida (USF), the study was co-authored by Jordan Wingate, a National Science Foundation (NSF) Research Experiences for Undergraduates (REU) intern at the Bermuda Institute of Ocean Sciences (BIOS); Leocadio Blanco-Bercial and Amy Maas, both associate scientists at BIOS; and David Murphy an assistant professor at USF.

The study looked at the movements, or swimming kinematics, of nine species of warm water pelagic snails found in the waters off Bermuda: seven thecosome pteropods (which may have coiled, elongated, or globular shells), one gymnosome pteropod (which loses its juvenile shell during development), and one heteropod (which has a spiral shell). Pteropods, perhaps the most well-known among the pelagic snails, are often referred to as “sea butterflies,” as their snail foot has evolved into a pair of wing-like appendages that appear to “flap” as they move through the water.

Historically, study of these delicate organisms has been difficult, as they cannot be grown and maintained in a laboratory environment. However, the proximity of BIOS to the open ocean allowed living organisms to be collected and transported back to shore in under than one hour.

Data collection began immediately upon return and most experiments were completed within one day of collection.

Using a low magnification, high speed 3-D photography system, the research team was able to study the swimming behaviors of the snails, developing detailed models showing their swimming paths (trajectories) through the water column, swimming speeds, “flapping” rates of their appendages, and even the speeds at which they sank and how their shells were oriented as they did so.

The researchers then analyzed zooplankton samples collected from the surface to 3000 feet (1000 meters) with a MOCNESS net system (an array of long, tapered nets and sensors towed behind a research vessel) to determine the abundance and distribution of these organisms off Bermuda. When combined with molecular data and imaging using ZooScan, a device used to make digital images of zooplankton, the team was also able to relate swimming behaviors to night time and day time vertical distributions. Larger species sank down and swam up much faster and could be active at much greater depths, whereas the slower and smaller species were limited to shallower depths. This indicates that size does play a role in the vertical structure of habitat, as well as in predator-prey interactions.

“This project combined the expertise of engineers, molecular biologists, and ecologists, as well as a variety of different technologies, to look at the movement, ecology, and distribution of this beautiful group of organisms,” Maas said. “This type of transdisciplinary collaboration doesn’t happen very often and it allowed us to learn about an aspect of ocean science that has previously been understudied.”

Adding to the uniqueness of this investigation is the role of the study’s second author, Jordan Wingate, who was an NSF REU intern at BIOS in 2018 while attending Georgia Military College. During the course of her three-month internship, Wingate worked with Maas on a project that became the basis for this paper, eventually presenting the results of their research at the 2020 Ocean Sciences Meeting in San Diego, California.

“I feel so accomplished to be a published author in a peer-reviewed scientific journal as an undergraduate student,” said Wingate, who will graduate from the University of West Florida in the fall of 2021 with a bachelor’s degree in marine biology. “I was very fortunate to be able to see this project through from start to finish and I’m grateful to Amy for her mentorship and guidance as I worked through the challenges of learning about pteropods, new computer programming languages, and the data analysis skills required to get this study published.”

The Bermuda Institute of Ocean Sciences is an independent U.S. not-for-profit marine research and educational organization with 501(c)(3) status and a Bermuda Registered Charity (#116). Visit us in Bermuda or at http://www.bios.edu