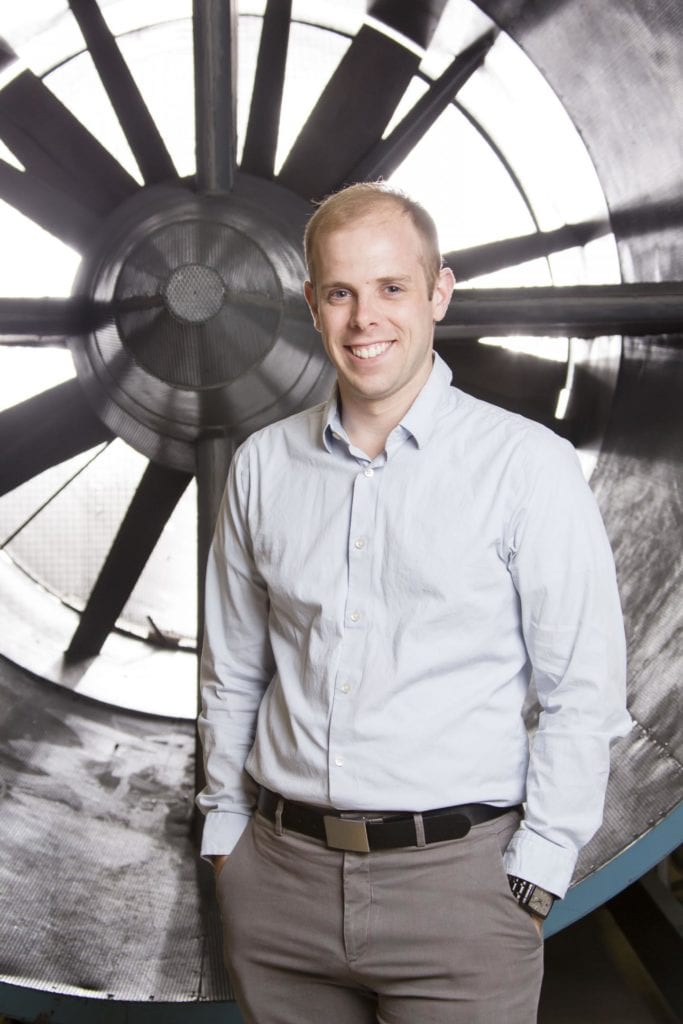 When a bird in flight lands, it performs a rapid pitch-up maneuver during the perching process to keep from overshooting the branch or telephone wire. In aerodynamics, that action produces a complex phenomenon known as dynamic stall. Although many fixed-wing aircraft can withstand similar rapid pitch-up maneuvers, a vehicle subject to this dynamic stall process is not reliably controllable. Motivated by the lack of detailed understanding, University of Illinois researchers took a deep dive into the physics of dynamic stall so that it can be used beneficially and reliably by aircraft.

“There are complex turbulence flow structures in play. We know that a large vortex forms at the leading edge of the wing and leads to very large increases in lift as well as increases in drag. After the dynamic stall vortex leaves the vicinity of the wing, there is a very sharp drop in lift as well as increases in drag and we’re left with a very hard to control flow field,” said Phillip Ansell, assistant professor in the Department of Aerospace Engineering in the College of Engineering at the U of I.

Ansell said the problem has been studied at low speeds, also known as low Reynolds numbers. Reynolds numbers refer to the relationship between how fast the wing is going, the wing size, and the viscosity of airflow around it. In this study, he and his graduate student Rohit Gupta looked at higher speeds, still subsonic, but an order of magnitude higher than the speed of avian or insect flight. At higher speeds the process becomes significantly disorganized and difficult to understand.

One component of the study involved wind tunnel experiments using an airfoil, which is a cross-section of wing. The airfoil shape was stretched wall-to-wall across the wind tunnel.

“The motor is used in the wind tunnel testing to produce a very rapid pitch up motion of the airfoil. We measured the pressure with high-frequency transducers across the surface. From that we characterized some of the very fine details of the pressure oscillations that happen during this highly unsteady process,” Ansell said. “We also used a high-speed laser and camera system to measure the flow velocity to get the entire map of measurements across the entire surface and how the flow evolves over time.”

Ansell said one of the focal points of this study was understanding the turbulent fluctuation in the airflow, the frequency of that fluctuation, and the spatial scale and size of those fluctuations.

“We observed that the dynamic stall vortex structures that we see at low speeds, we don’t see in the same way at high speeds. In the vortex at higher speeds there are tiny flow structures instead. The vortex is peppered with smaller-scale features in the flow. So this classical vortex isn’t behaving like one giant structure. It’s actually composed of little instantaneous small-scale vortices collectively acting together to behave like a larger scale. That’s a part of the physics we’re still trying to wrap our brains around.”

According to Ansell, the goal is testing Reynolds numbers up to one million to learn at what point the large-scale vortex features begin behaving in the tiny multiple vortices. For comparison, a 737 operates at up around 20 million.

In understanding the physics of what’s happening in the flow, Ansell said they can look at ways to interact with and control it in order to get desirable characteristics out on a larger scale and use it beneficially.

One application might be to land an aircraft on a shorter airstrip.

“I need to know when that vortex is going to form and get that increased lift and then have that somehow persist over the surface to give me a higher lift capability to, say, land on an aircraft carrier. In other cases I may want to prevent the vortex from forming at all, and there are ways that I can use actuation to interact with the flow and prevent the vortex emergence and the dynamic stall process from happening,” Ansell said.

The study, “Unsteady Flow Physics of Airfoil Dynamic Stall,” was written by Rohit Gupta and Phillip Ansell. It appears in the AIAA Journal. The work is part of an Air Force Office of Scientific Research under the Young Investigator Program.