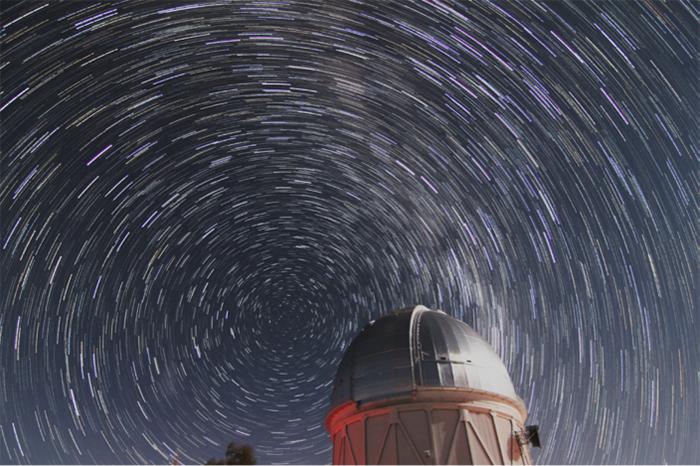 EAST LANSING, Mich. – Trihydrogen, or H3+, is acknowledged by scientists as the molecule that made the universe. In recent issues of Nature Communications and the Journal of Chemical Physics, Michigan State University researchers employed high-speed lasers to shine a spotlight on the mechanisms that are key in H3+ creation and its unusual chemistry.

H3+ is prevalent in the universe, the Milky Way, gas giants and the Earth’s ionosphere. It’s also being created and studied in the lab of Marcos Dantus, University Distinguished Professor in chemistry and physics. Using ultrafast lasers – and technology invented by Dantus – a team of scientists is beginning to understand the chemistry of this iconic molecule.

“Observing how roaming H2 molecules evolve to H3+ is nothing short of astounding,” Dantus said. “We first documented this process using methanol; now we’ve been able to expand and duplicate this process in a number of molecules and identified a number of new pathways.”

Astrochemists see the big picture, observing H3+ and defining it through an interstellar perspective. It’s created so fast – in less time than it takes a bullet to cross an atom – that it is extremely difficult to figure out how three chemical bonds are broken and three new ones are formed in such a short timescale.

That’s when chemists using femtosecond lasers come into play. Rather than study the stars using a telescope, Dantus’ team literally looks at the small picture. The entire procedure is viewed at the molecular level and is measured in femtoseconds – 1 millionth of 1 billionth of a second. The process the team views takes between 100 and 240 femtoseconds. Dantus knows this because the clock starts when he fires the first laser pulse. The laser pulse then “sees” what’s happening.

The two-laser technique revealed the hydrogen transfer, as well as the hydrogen-roaming chemistry, that’s responsible for H3+ formation. Roaming mechanisms briefly generate a neutral molecule (H2) that stays in the vicinity and extracts a third hydrogen molecule to form H3+. And it turns out there’s more than one way it can happen. In one experiment involving ethanol, the team revealed six potential pathways, confirming four of them.

Since laser pulses are comparable to sound waves, Dantus’ team discovered a “tune” that enhances H3+ formation and one that discourages formation. When converting these “shaped” pulses to a slide whistle, successful formation happens when the note starts flats, rises slightly and finishes with a downward, deeper dive. The song is music to the ears of chemists who can envision many potential applications for this breakthrough.

“These chemical reactions are the building blocks of life in the universe,” Dantus said. “The prevalence of roaming hydrogen molecules in high-energy chemical reactions involving organic molecules and organic ions is relevant not only for materials irradiated with lasers, but also materials and tissues irradiated with x-rays, high energy electrons, positrons and more.”

This study reveals chemistry that is relevant in terms of the universe’s formation of water and organic molecules. The secrets it could unlock, from astrochemical to medical, are endless, he added.

This research was funded by the Department of Energy and the National Science Foundation.

Determining what binds to mucus

Tracing the evolution of vision

Volcano eruption at different latitudes: A switch of hemispheric…