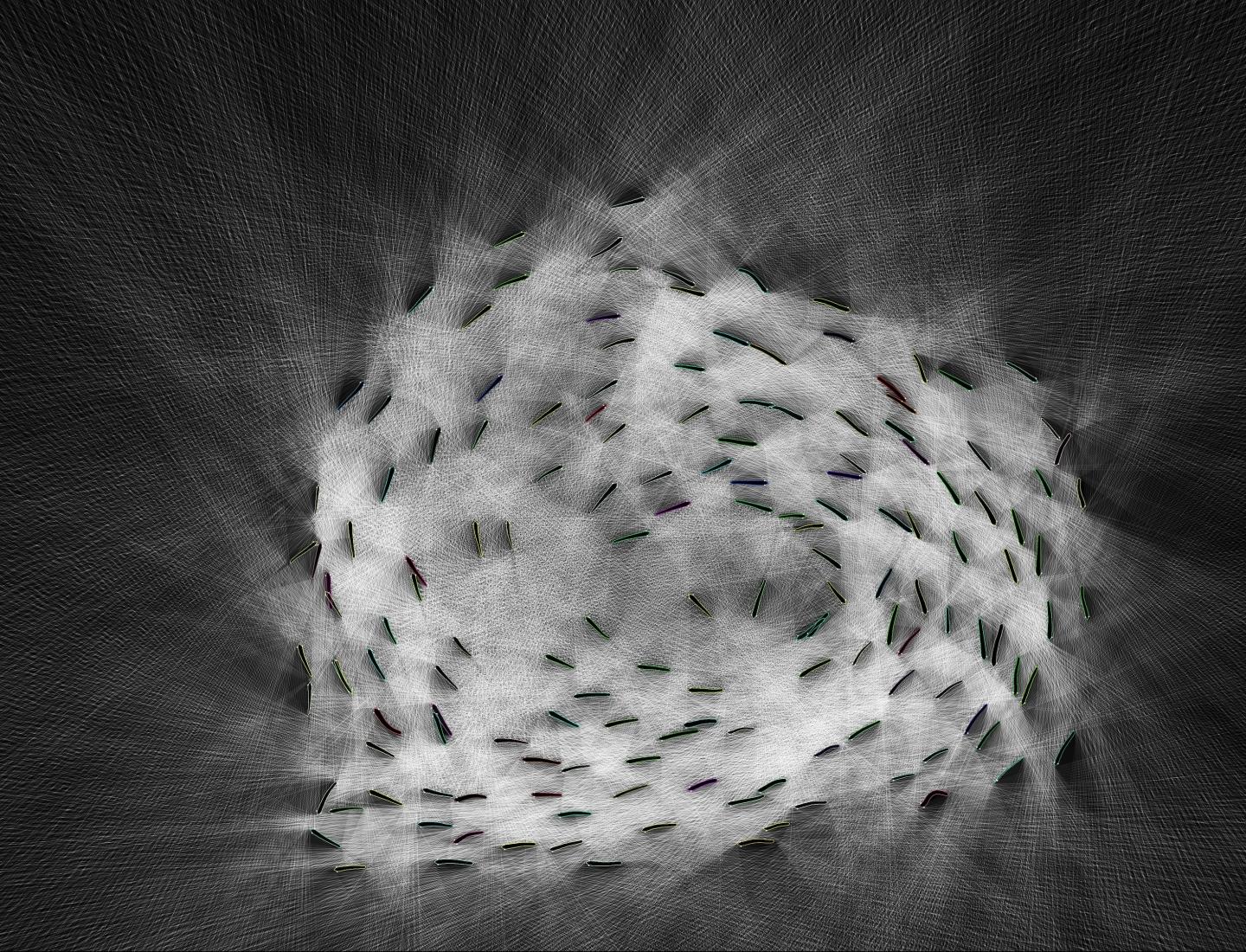 In a group of animals, who deals with new information coming from the environment? Researchers have discovered that the answer lies not in who, but in where: information can be processed, not only by individual animals, but also in the invisible connections between them. In a paper published in the Proceedings of the National Academy of Sciences, an international team of scientists provides evidence of information processing occurring in the physical structure of animal groups. The study demonstrates that animals can encode information about their environment in the architecture of their groups and provides rare insight into how animal collectives are able to behaviourally adapt to a changing world.

For behaviour to be of any use, it needs to be modulated according to what’s happening in the world around us. We see this in ourselves when we respond to a sudden noise: in a crowded street in broad daylight we might not notice the noise; but in an unfamiliar alley in darkness it might send our hearts racing. This context-dependent modification of behaviour – known as behavioural plasticity – has been very well studied in individual animals. What is much less known is how the process occurs in animal groups.

“When we start looking at how groups respond to their environment, it introduces a possibility that does not exist when you look at individual animals,” says senior author Iain Couzin who leads the Centre for the Advanced Study of Collective Behaviour at the University of Konstanz, one of the University of Konstanz’ Clusters of Excellence, and the Department of Collective Behaviour at the Max Planck Institute of Animal Behavior in Konstanz. “When you form groups, you suddenly have a network system where social interactions exist, and we wondered whether this invisible architecture was in fact contributing to how groups can respond to changes in the environment.”

The researchers focused on two possible mechanisms that could contribute to groups’ changing responsiveness: 1) changes in the sensitivity of individuals and 2) changes in the connections between them. They examined how groups of juvenile golden shiner fish (Notemigonus crysoleucas) respond to danger in the environment. “Danger is one of the most important things that animals need to respond to if they are to survive,” says Couzin. Researchers were able to manipulate groups’ perception of danger by introducing a substance called schreckstoff – a chemical cocktail released from the skin of fish after injury – into the water. Sensing the chemical, fish perceive the risk of a predator nearby, and thereby display alarm behaviour known as “startle” events.

The researchers found that indeed, groups startled more frequently and many more fish participated in startle events when fish perceived greater risk in the environment. However, they found that the increased startle rates were not because individual fish were more sensitive to sensory cues. Rather, it was the physical structure of the group – how the individuals are positioned with respect to one another and how far apart they are – that was the best predictor of a startle event. In other words, by changing the structure of the group, by coming closer together, the strength of the social connectivity among the individuals increased – allowing them to respond effectively and rapidly to changes in their environment, as a collective.

“Making each individual more sensitive to risk can lead to an excessive number of false alarms propagating through the group,” says Couzin. “On the other hand, strengthening social connections allows individuals to amplify information about risk, but buffers against the system becoming overly sensitive.”

The researchers believe that the results can lead to important insights into the relationships between structure of social networks and how to effectively process information. Such results could benefit the development of new technologies for efficiently solving problems through collective intelligence, such as networked robots.

Says Couzin: “We have traditionally assumed that intelligence resides in our brains, in the individual animal. But we have found the first evidence that intelligence can also be encoded in the hidden network of communication between us.”

Caption: Scientists provide evidence of information processing occurring in the physical structure of animal groups – a rare glimpse into how animal collectives are able to behaviourally adapt to a changing world. Image: Colin Twomey

How old are they? Some non-photosynthetic orchids consist of dead wood

Even after death, animals are important in ecosystems

Understanding the emergence of leukemia