A new research center at the University of North Carolina at Chapel Hill will examine the long-term effects of technology and social media use on teen social and emotional development, thanks to a $10 million gift from the Winston Family Foundation. The Winston National Center on Technology Use, Brain and Psychological Development will create more tools for parents, caregivers and teens to make better informed choices about how they interact with technology and social media. 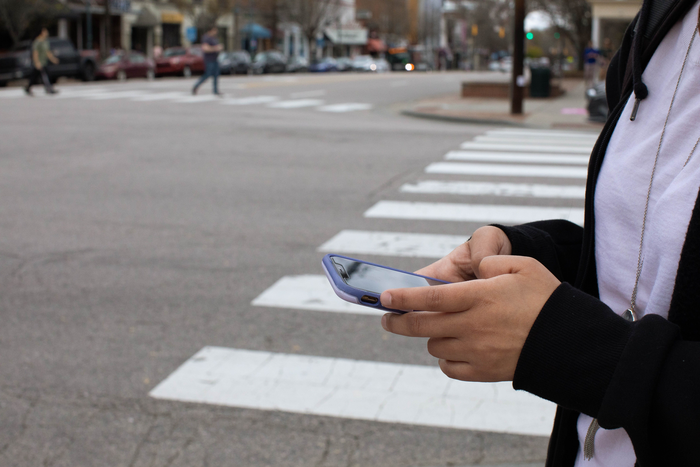 A new research center at the University of North Carolina at Chapel Hill will examine the long-term effects of technology and social media use on teen social and emotional development, thanks to a $10 million gift from the Winston Family Foundation. The Winston National Center on Technology Use, Brain and Psychological Development will create more tools for parents, caregivers and teens to make better informed choices about how they interact with technology and social media.

James Winston, Jr., Ph.D. and a director of the Winston Family Foundation, has decades of experience in the field of addiction. He has seen powerful and alarming correlates between increased device use and addiction and was driven to jumpstart the original educational initiative, the Winston Family Initiative in Technology and Adolescent Brain Development – or WiFi – in partnership with UNC-Chapel Hill in 2018. As the original seed grew and the national narrative coalesced around increasing concern for adolescent mental health, it became clear that more needed to be done not only to educate parents but to establish the neurobiological science behind the trends. The Winston National Center is the next step in that effort.

Mitch Prinstein, Ph.D., ABPP, chief science officer at the American Psychological Association and John Van Seters Distinguished Professor of Psychology and Neuroscience at UNC-Chapel Hill, and Eva Telzer, Ph.D., a UNC-Chapel Hill associate professor of psychology and neuroscience, will serve as co-directors of the new center, evolving from their current co-directorship of WiFi. Their preliminary research indicates teenagers spend more than eight hours daily on cell phones, with a significant portion of time on social media. The Winston National Center will further explore the links between teens’ online behavior and a range of mental health symptoms.

“It is clear we need to know more about the influence of social media experiences and device use on mental health,” said UNC-Chapel Hill Chancellor Kevin M. Guskiewicz. “Carolina-based researchers are leading the way in this emerging field, and this gift from Dr. Winston and the Winston Family Foundation will fuel more of the scientific discovery we need. We can grow our knowledge in a way that better equips our children and our society to navigate an evolving, but oftentimes dangerous, landscape of tech and social media.”

Prinstein, Telzer and their team will pursue a five-pronged mission focused on education, outreach, research, public health and adolescent involvement.

“The teenage years mark rapid brain development that makes teens highly sensitive to their environment. Technology-mediated contexts have the potential to ‘rewire’ the developing brain,” said Telzer. “Scientific research, like ours, will hopefully create the impetus for more monitoring, oversight and regulation of social media platforms.”

As of June 2020, 63% of parents in the United States reported that their teenagers spent more time using social media than they did in pre-pandemic times, according to research from Statista.

“The goal of the center is to help families and educators understand how the increased use of technology shapes children. We have discovered that high levels of device use and social media consumption alters neurobiological development in ways that can be detrimental to well-being,” Winston said. “The significant rise in reports of mental health issues, shorter attention spans, lack of empathy and critical thinking, all indicate that parents, educators and caregivers urgently need more information about how to support children and teens as they engage with highly-stimulating devices and social platforms.”

“We know the way our children are interacting with technology now could have remarkable consequences for their development,” explained center co-director Prinstein. “The research we take on now and how we translate that research into practical resources can ultimately help set our children up for future success.”

The gift also establishes the first endowed professorship in the department of psychology and neuroscience, the Winston Family Distinguished Professorship.

The Winston family has supported a wide variety of ventures at UNC-Chapel Hill for generations and their attendance at the University can be traced back more than 150 years. The Winston Family Foundation includes James Winston, Jr. ’81, Ph.D. ’92; McKimmon Winston Mason; Bob Winston III ’84; Charles Winston, Jr.; and Franklin Beard.

About The Winston Family Foundation
The Winston Family Foundation was first established in 2018 by the family of the late James H. Winston, a lifelong businessman and philanthropist in Jacksonville, Fla. The mission of the foundation is to increase awareness and catalyze social change through the support of scientific research, educational initiatives and partnerships, and support for youth and the arts.