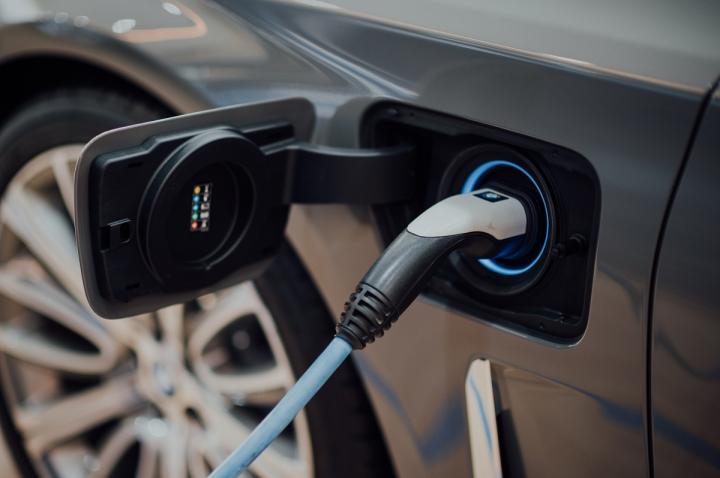 In a recent collaborative study led by the University of Maryland (UMD), researchers find that consumers tend to buy something less fuel efficient than they normally would for their second car after springing for an eco-friendly vehicle. While this sounds like an all-too-logical conclusion, the study reports a 57% reduction in the benefits of driving your fuel efficient car for carbon emissions purely based on the purchase of your second vehicle. Since about three-quarters of cars are purchased into multi-car households, these findings could have major implications for carbon emissions, and especially for the design of carbon mitigation programs like Cash-for-Clunkers and Corporate Average Fuel Economy (CAFE) standards that aren’t taking into account the decisions of consumers with multiple vehicles.

“What we really wanted to do is see how households are making decisions when they purchase and own more than one vehicle,” says James Archsmith, assistant professor in Agricultural & Resource Economics at UMD and lead author on this study. “We have a lot of energy policy out there trying to get people to buy more fuel efficient cars, but we really think of every car as this separate purchase that doesn’t rely on any other things going on in the household, and that’s just not the case. Other vehicles, priorities, and how those purchases and the intended uses of the vehicles interact are all important to understand how effective our policies are.”

Published in The RAND Journal of Economics and funded by the California Air Resources Board, Archsmith collaborated with Kenneth Gillingham of Yale University, Christopher Knittel of MIT, and David Rapson of the UC Davis Department of Economics to examine vehicle purchasing behaviors using California-based data. The researchers studied California Department of Motor Vehicle trends in household behaviors for two-car households for a period of six years. The data revealed multiple trends that correlate with a decrease in overall fuel economy and efficiency. This trend has been likened to the “diet soda effect,” where people buying diet soda tend to reward themselves by adding something like french fries to their meal. However, Archsmith says it is unlikely that consumers are thinking about their decisions that way.

“It’s not likely that people are actually thinking about fuel economy that way, that they can splurge on a less fuel efficient vehicle,” explains Archsmith. “It is probably operating through other attributes of the car that are associated with fuel economy. So I have a car that is small and fuel efficient, but it isn’t as comfortable and can’t fit the kids. Then, I tend to buy a bigger second car. It is more likely utility based in some way, but it is correlated with fuel economy nonetheless.”

The study also found that consumers who buy fuel efficient vehicles tend to end up driving them more and farther distances than they might otherwise, further chipping away at the emissions benefits. These decisions and consumer behaviors need to have a place in policy making that is designed to reduce carbon emissions and incentivize more fuel efficient cars, the researchers say.

Since California’s fuel economy standards are models for the rest of the country, they should be adapted to fit actual human behavior. “Unintended consequences like this need to be taken into account when making policy,” adds Rapson. “On average, fuel economy standards are putting more fuel-efficient cars in households. That can be good if it reduces gasoline use. But if it causes people to buy a bigger, less fuel-efficient second car to compensate, this unintended effect will erode the intended goals of the policy.”

Archsmith and the team hope to expand this research out beyond California and to other aspects of driver behavior research that plays an important role on fuel economy, and ultimately on environmental health and climate change.

“We want to focus more on driving behavior and how multi-car households drive their vehicles and respond to changes in gasoline prices in the future,” says Archsmith. “We want to refine them and then extend beyond the state of California, using California as a model in this paper and doing the same kind of analyses in other states as well. The pandemic has also changed the way people drive, and we expect to see more purchases of fuel inefficient cars coming off of lockdowns and lower gas prices.”