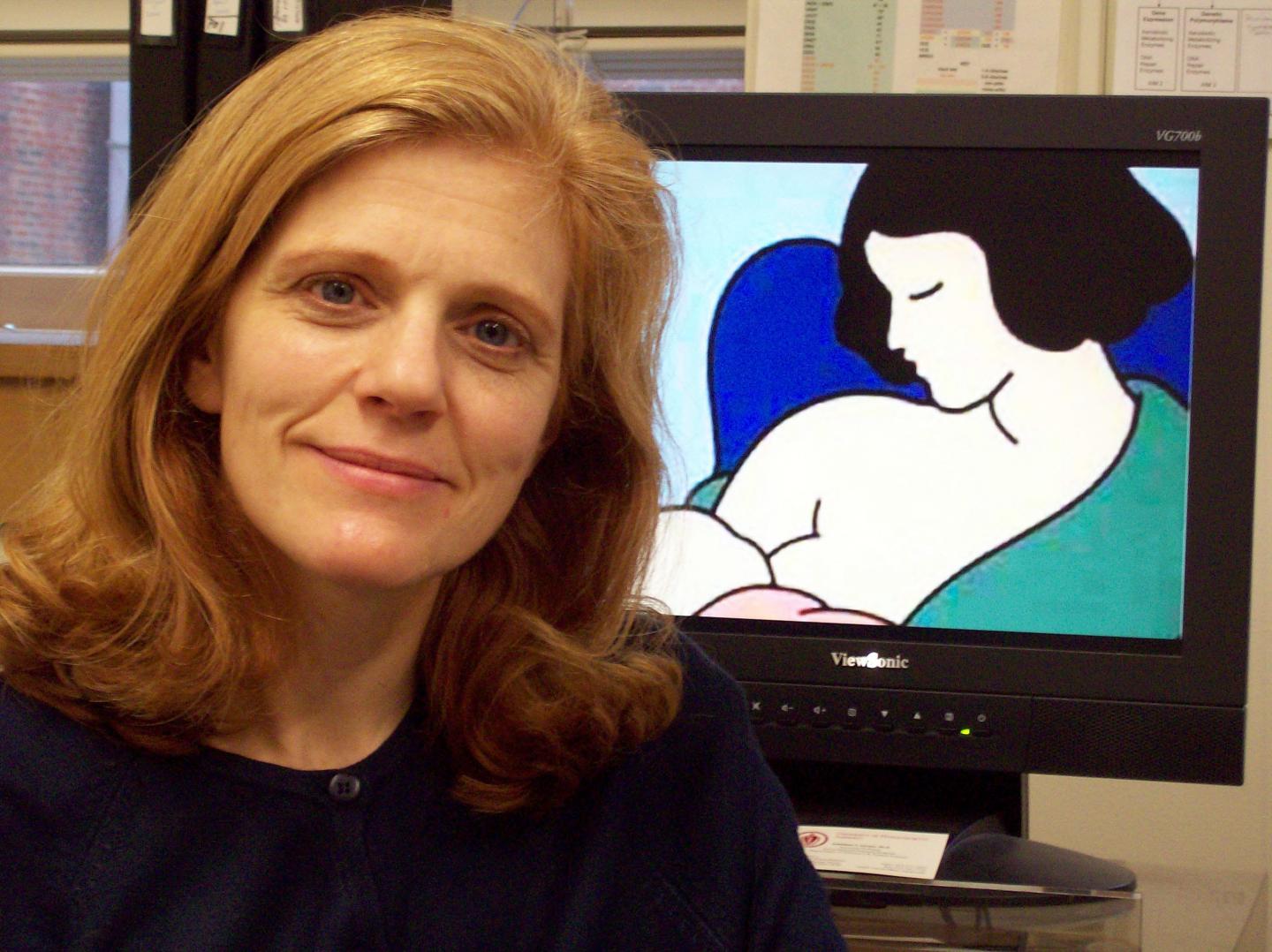 A University of Massachusetts Amherst interdisciplinary research team has received a $3.1 million grant from the National Institutes of Health (NIH) to measure the impact of a diet rich in fruits and vegetables on the breast cancer risk of lactating women.

“There is a lot of interest in the possibility that an increase in fruits and vegetables decreases breast cancer risk,” says Sturgeon, professor in the School of Public Health and Health Sciences. “But it’s not fully established, and it’s difficult to measure.”

The three lead investigators point to many advantages and benefits of targeting young mothers, a potentially “highly motivated population,” in their study. Breastmilk provides access to the breast microenvironment and breast epithelial cells to noninvasively assess the diet intervention, which may be more successful at reversing the detrimental molecular changes associated with puberty and pregnancy in younger than in older women.

Young mothers face an increased risk of pregnancy-associated breast cancer (PABC), which is often aggressive, for about a decade postpartum. The researchers hypothesize that fruit and vegetable consumption may reduce inflammation during lactation and weaning, thus lowering the PABC risk. They also will look at the breastmilk’s DNA methylation, an epigenetic response that blocks production of tumor-suppressing proteins by turning off gene expression, which in turn increases breast cancer risk.

“We’ll be studying the inflammation profile and DNA methylation in the breast cells. Nobody’s done that before,” says Arcaro, professor of veterinary and animal sciences, whose UMass Breastmilk Lab develops tools to assess breast cancer risk.

The research team will recruit 400 women who will start the randomized trial when their baby is 5 weeks old. Half will be provided with fresh fruits and vegetables for the first 20 weeks of the five-year study and will receive support from a nutritional counselor and lactation consultant; the control group will receive dietary guidelines for breastfeeding mothers.

“Our team is making a concerted effort to recruit a diverse population,” says Sibeko, assistant professor of nutrition in the School of Public Health and Health Sciences. “We are conducting a diet intervention in an area that we know is highly associated with positive health outcomes – increased fruits and vegetables. We’re targeting breast cancer risk but also putting into place multiple supports that will address major barriers around increasing fruits and vegetables.”

Arcaro notes, “This is a comprehensive project,” requiring collaboration among three departments and two colleges. “It wouldn’t be possible without an epidemiologist, a nutritionist and a lab scientist.”

To help objectively determine the amount of fresh produce the study participants are eating, the researchers will use a so-called “veggie meter” that can measure carotenoid phytochemicals levels in a finger. They also will record the weight and body fat, and examine the microbiome of both mothers and their infants.

“These results will greatly expand our knowledge of how diet alters molecular pathways in a specific organ, ultimately contributing to both breast cancer etiology and prevention,” the researchers write. “Additionally, objective favorable results observed in the breasts of young women can potentially contribute to important behavior
changes aimed at reducing risk.”

New way to make micro-sensors may revolutionize future of electronics