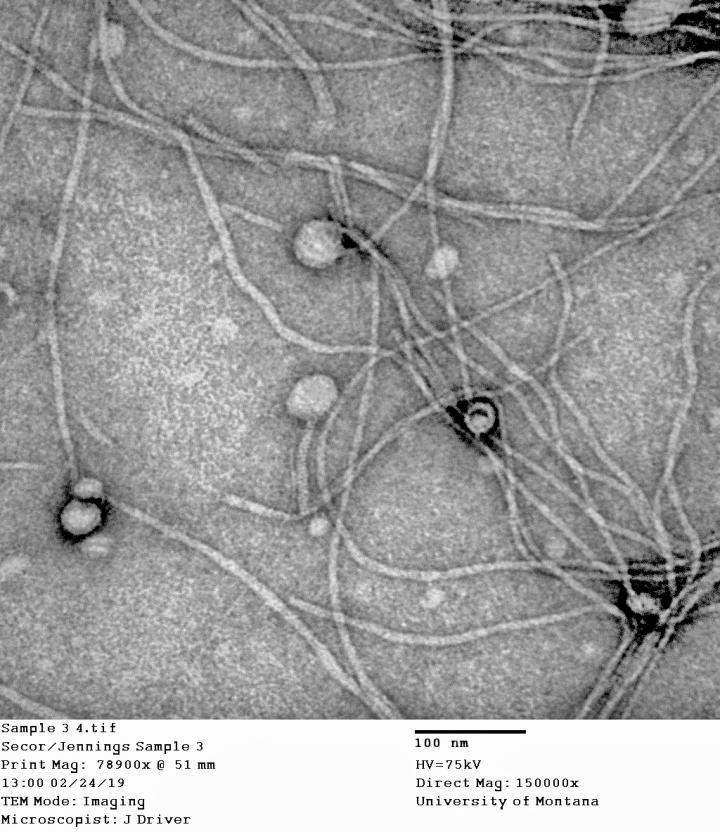 University of Montana researchers have published new insights in the journal Science on how bacteria cause infections, which may help with future infection treatments.

Rather than studying bacteria, the researchers studied viruses that infect pathogenic bacteria, known as bacteriophages, as part of a National Institutes of Health grant to help develop a vaccine against bacterial infection.

“Bacteriophages are typically viewed as bacterial parasites,” said Patrick Secor, an assistant professor at UM and a co-author on the paper. “Because of the increasing prevalence of antibiotic-resistant bacteria, people are really getting interested in using bacteriophages (phage therapy) as an alternative to antibiotics to kill pathogenic bacteria.”

The bacteriophage used for phage therapy kill their bacterial hosts. Bacteriophages are diverse and considered the most prevalent biological entity on the planet.

“When we looked for bacteriophages that infected the bacterial pathogen Pseudomonas aeruginosa, we found that most strains were infected with bacteriophages called Pf that do not kill their bacterial host,” Secor said.

Secor and his group previously had made discoveries on how Pf bacteriophages affect bacterial virulence.

“Eventually, we asked ourselves if it was possible that these Pf bacteriophages interacted directly with the human immune system,” Secor said.

Secor and collaborators at Stanford University discovered that Pf bacteriophages are recognized as viruses by immune cells, and the same cell-surface receptors that recognize cold viruses also recognize bacteriophage.

“This was a key finding,” Secor said. “These bacteriophages are inducing an anti-viral response, which is an inappropriate immune response in the face of a bacterial infection.”

The researchers believe this inappropriate immune response allows the bacteria to gain a foothold in wounds or lungs to establish an infection. The researchers hope that their findings will spur new research into developing therapeutic strategies to treat bacterial infections through targeting bacteriophage.