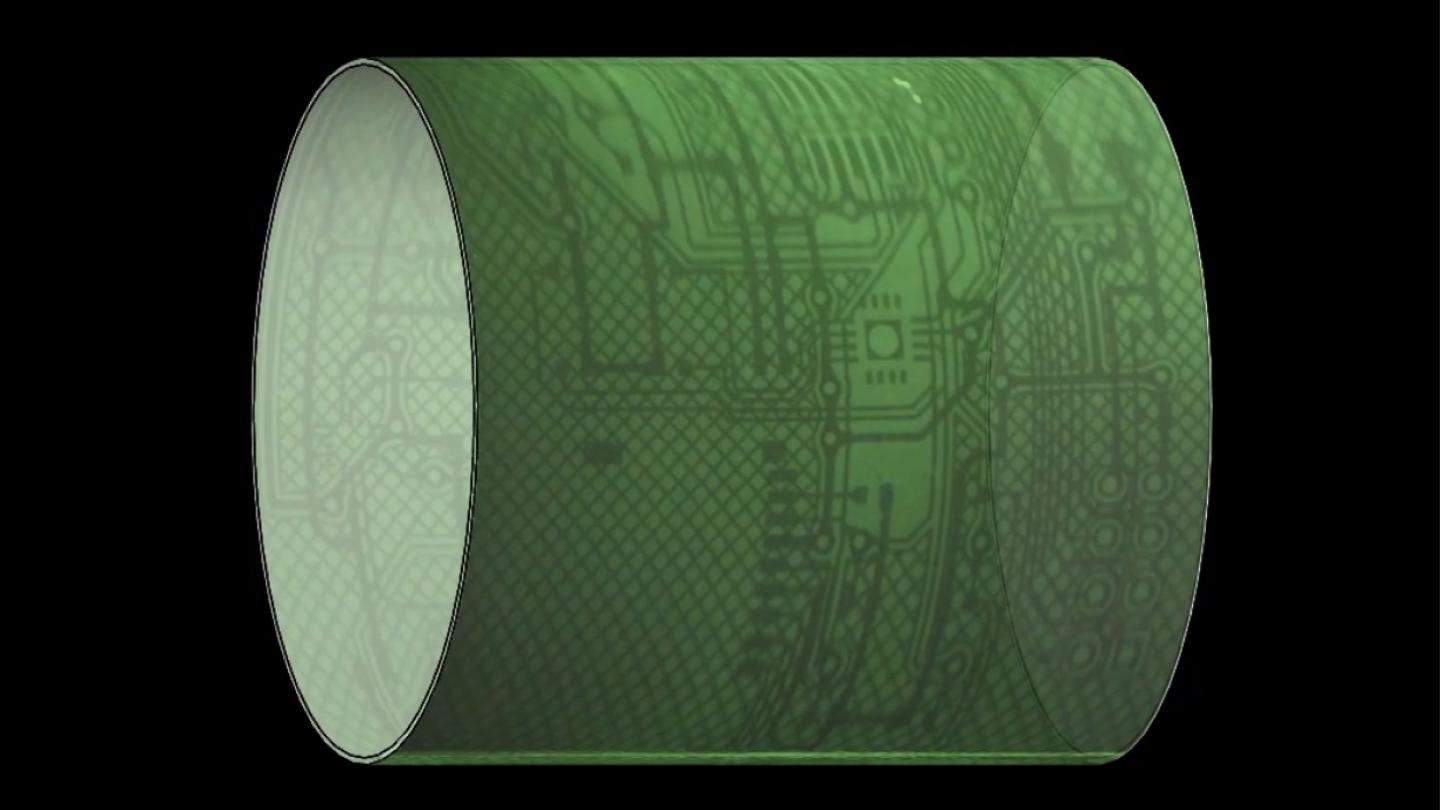 X-ray imaging is widely used in areas such as healthcare and forensic science, but existing X-ray machines are unable to capture curved three-dimensional (3D) objects at high resolution, and they are also relatively expensive. Now, an international team of researchers led by chemists from the National University of Singapore (NUS) has demonstrated a potential solution to overcome these limitations by using nanocrystals that can trap X-rays.

The research, which was conducted with collaborators from Fuzhou University and The Hong Kong Polytechnic University, could be used not only for healthcare but also to detect defects in electronics, authenticate valuable works of art, or examine archaeological objects at microscopic scale.

The findings were published in the prestigious journal Nature on 17 February 2021.

A piece of rubber that detects X-rays

In current machines, the X-ray detector is a flat panel where each pixel has its own integrated circuit. This makes the pixels bulky and limits the resolution of the detector. Furthermore, it cannot accurately capture images of curved objects, and the circuits can also get quite hot.

The research team led by Professor Liu Xiaogang from the NUS Department of Chemistry has created special nanocrystals that emit light after exposure to X-rays. This phenomenon, called persistent radioluminescence, is also exploited for luminescent clock faces but with different materials.

The scientists took tiny crystals of a substance called sodium lutetium fluoride, and introduced atoms of the rare-earth element terbium into these crystals. This process, called doping, is often used in semiconductor fabrication to alter the electrical properties of a substance. They then embedded the modified nanocrystals into silicone rubber, resulting in a highly flexible X-ray detector that can be wrapped around 3D objects.

The small crystal-embedded rubber gives a high resolution finer than human hair (approximately 30 micrometres in diameter). Furthermore, the terbium-doped nanocrystals have enhanced sensitivity to X-rays, and remain luminescent for more than two weeks. This allows the recorded image to be retrieved anytime within the two weeks upon heating. The team’s investigations revealed that X-rays cause atom displacement and generate electrons that “hop” slowly through the crystal scaffold towards terbium ions, which gives rise to prolonged luminescence.

Seeing the invisible in unprecedented detail

Researchers have previously discovered other persistent luminescent phosphors. However, those have either low sensitivity to X-rays or are difficult to manufacture at nanoscale, making them unsuitable for flexible detector fabrication.

On his team’s latest creation, Prof Liu said, “Over the past few years, many research groups, including ours, have been taking on challenges in X-ray imaging. Our reported technology may provide a much-needed solution for imaging highly curved 3D objects and enable the development of point-of-care X-ray detectors and flexible X-ray mammography devices.”