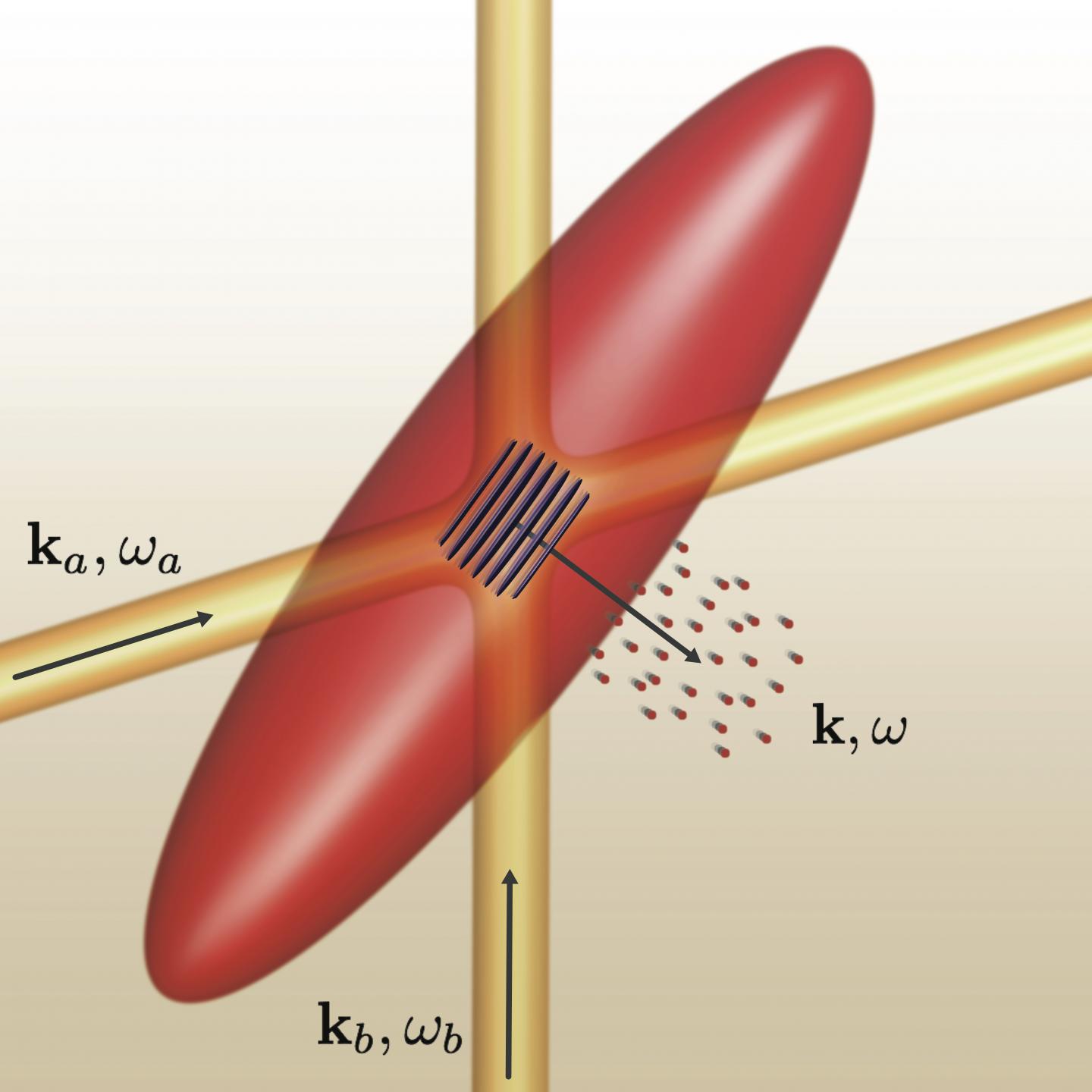 A FLEET/Swinburne study released this week resolves a long-standing debate about what happens at the microscopic level when matter transitions into a superconducting or superfluid state.

Correlations between pairs of atoms in an ultra-cold gas were found to grow suddenly as the system was cooled below the superfluid transition temperature, rather than appear gradually at higher temperatures, as some theories have predicted.

Experiments were carried out in Swinburne University of Technology’s Ultra-cold Atomic Gas laboratory, using gases of lithium atoms cooled to temperatures below 100 nano-Kelvin (less than a millionth of a degree above Absolute Zero).

The new study unlocks key functions of a state of matter known as a ‘Fermi gas’, examples of which include electrons moving freely in an electrical conductor (such as in a conventional electric current), or protons and neutrons within a nucleus. Other Fermi gas systems include more-exotic states, such as electrons in superconductors, or the ‘superfluid’ of neutrons within a neutron star.

“One of the open questions about strongly interacting Fermi-gas systems has been the role of pairing,” explains FLEET CI Prof Chris Vale. “Our study demonstrated that, at the superfluid transition temperature, pair-correlations increase abruptly, rather than gradually – as has been predicted by some theories.”

This observation was quantified through measurements of a universal parameter, known as the ‘contact parameter’. This parameter quantifies the likelihood of finding two atoms in very close proximity to each other, and is strongly enhanced when atoms form pairs.

A related study, by the group of Martin Zwierlein at the Massachusetts Institute of Technology and published back-to-back with the Swinburne group’s paper found near identical results, using an entirely different method. The Swinburne and MIT experiments represent a key breakthrough in our understandings of pairing in Fermi superfluid systems with strong interactions between particles.

The Swinburne team generated a unitary Fermi gas of lithium-6 atoms and probed the system by measuring the momentum imparted to the atoms by a pair of crossed laser beams, which perturb the gas in a well-defined manner. From this data, the team extracted the contact parameter, which displayed a rapid increase of around 15% as the temperature was lowered below the superfluid transition point.

Theoretical attempts to calculate the temperature evolution of the contact parameter are notoriously difficult and have yielded very different predictions that depend on the model for interacting fermions. The Swinburne and MIT experiments support the Luttinger-Ward theory, which says that pairing turns on abruptly at the transition temperature.

‘Contact and sum-rules in a near-uniform Fermi gas at unitarity’ was published in Physical Review Letters this week.

As well as the Australian Research Council, the authors thanks MIT’s Zwierlein and Mukherjee, as well as, theoretical researchers Zwerger (Germany), Drut (USA), Goulko (Israel), Strinati (Italy) and Werner (France) for access to their data and helpful discussions.

Researchers often use ultra-cold atoms to study quantum systems, because of the ability to perfectly ‘tune’ atomic interactions.

By increasing the interaction strength between fermionic atoms, experiments can explore the ‘unitary’ limit, where the atomic behaviour is expected to reveal universal features of interacting fermions that could connect our understanding of superconductivity and Bose-Einstein condensation.

“Fundamental discoveries made from experiments such as these can help guide FLEET’s quest to develop 2D materials that conduct electrical current without dissipating energy,” explains Chris Vale.

Chris leads FLEET’s studies of quantum gases at Swinburne University of Technology, where his lab routinely cools atomic gases to temperatures approaching Absolute Zero. In this temperature range, quantum behaviours that are usually only found at the microscopic level become prominent at the macroscopic level.

Chris is one of over one-hundred FLEET researchers, all motivated by one grand challenge: to reduce the energy used in information and communication technology (ICT), which already accounts for at least 8% of global electricity use, and is doubling every decade.

FLEET (the ARC Centre of Excellence in Future Low-Energy Electronics Technologies) will develop systems in which electricity flows with minimal resistance and therefore minimal wasted dissipation of energy, and devices in which this ‘dissipationless’ electric current can be switched on and off at will.

Music helps to build the brains of very premature babies