Using light focused to size of an atom, they push resolution of microscopy to new level 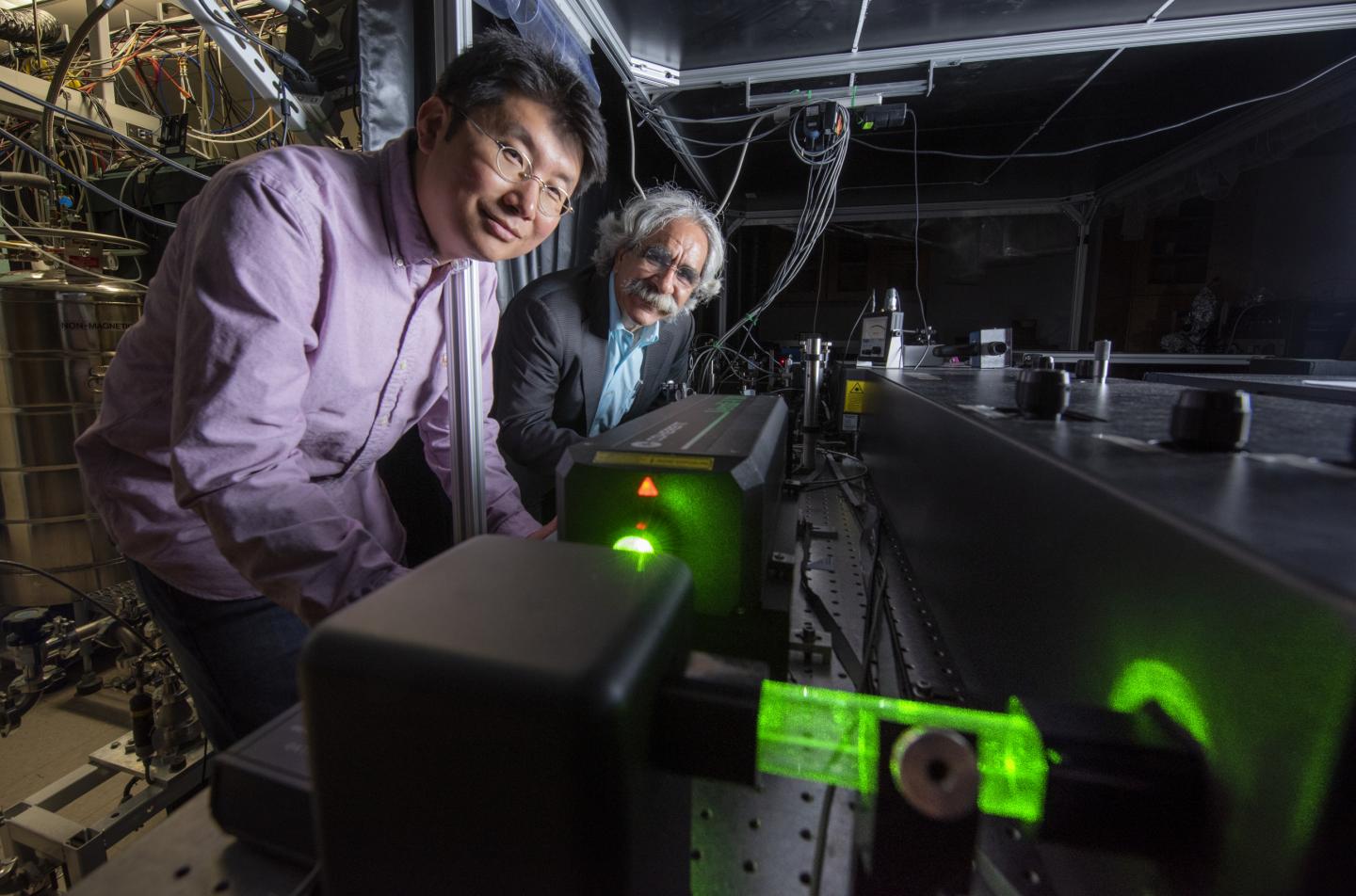 Irvine, Calif., April 3, 2019 – By focusing light down to the size of an atom, scientists at the University of California, Irvine have produced the first images of a molecule’s normal modes of vibration – the internal motions that drive the chemistry of all things, including the function of living cells.

In a study published today in Nature, researchers at UCI’s Center for Chemistry at the Space-Time Limit describe how they positioned the atomically terminated silver tip of a scanning tunneling microscope mere ängstroms from its target: a cobalt-based porphyrin molecule affixed to a copper platform. (Porphyrins are of biological importance for their role in respiration and photosynthesis.)

Prodding the molecule with the light confined on the silver atom, the team delved into the quantum regime among the twittering atoms of the molecule, becoming the first to record vibrational spectra and observe how charges and currents that hold atoms together in bonds are governed by the molecular vibrations.

“From structural changes in chemistry to molecular signaling, all dynamical processes in life have to do with molecular vibrations, without which all would be frozen,” said co-author V. Ara Apkarian, CaSTL director and UCI Distinguished Professor of chemistry. “We’ve long been aware of these vibrations. For ages, we have been measuring their frequencies through spectroscopy – but only now have we been able to see what is moving and how.”

Co-author Joonhee Lee, CaSTL research scientist, added: “To date, molecular vibrations have been pictorially explained using wiggling balls and connecting springs to represent atoms and bonds, respectively. Now we can directly visualize how individual atoms vibrate within a molecule. The images we provide will appear in textbooks to help students better understand the concept of vibrational normal modes, which till now had been a theoretical concept.”

To achieve atomic resolution, CaSTL researchers set up their experiment in an extremely high-vacuum and low-temperature (6 kelvins) environment to eliminate all external motions and positioned their single-atom probe near the targeted molecule, within a distance less than the size of an atom. Glass lenses wouldn’t work in this type of microscopy, in which features are resolved on a scale that’s a thousand times smaller than the wavelength of light.

“The limit of what you can see in standard microscopy is half the wavelength of light, which is on the order of half a micron, from which the microscope derives its name,” Apkarian said. “The optical microscope revolutionized cellular biology because through it you can observe what’s happening inside a cell – but a molecule is one-thousandth the size of a cell.”

In their experiment, the team poked and prodded the cobalt-based molecule with a silver atom being zapped with laser light, risking agitation of the target. The CaSTL scientists mitigated this possibility by freezing the sample onto a copper substrate. The molecule flattened by binding to the copper, exposing itself to the close approach of the scanning tunneling microscope tip.

By moving the silver tip up and down in relation to the sample to keep a distance of about 2 ängstroms (1 ängstrom equals one-ten-billionth of a meter), the researchers were able to record differences in frequencies at various positions within the molecule. They maintain that the incredible resolution stems from quantum mechanical tunneling of plasmons (electrons interacting with light), countering the notion that tunneling would decrease the electric field necessary to excite the molecule.

“We have a microscope now that can resolve atoms, and we’re using it to look inside molecules, which was unthinkable only a few years ago,” Apkarian said. “The spatial resolution of optical microscopy has been advanced by another notch, and what we’re seeing at this scale is truly amazing.”

Next, CaSTL scientists will further refine their measurements of electrical fields within molecules, work to detect where atoms are missing from molecular structures, and use quantum interference principles to characterize even finer details.

“This National Science Foundation-supported team reached a major milestone by overcoming impossible barriers to develop a new instrument to ‘see’ the individual atoms of a molecule in real time and space,” said Kelsey Cook, NSF chemistry program director. “This invention will lead to unprecedented, transformational understanding of how molecules react and cells function.”