Work is step toward advanced AI systems that can think, reason, plan and make decisions 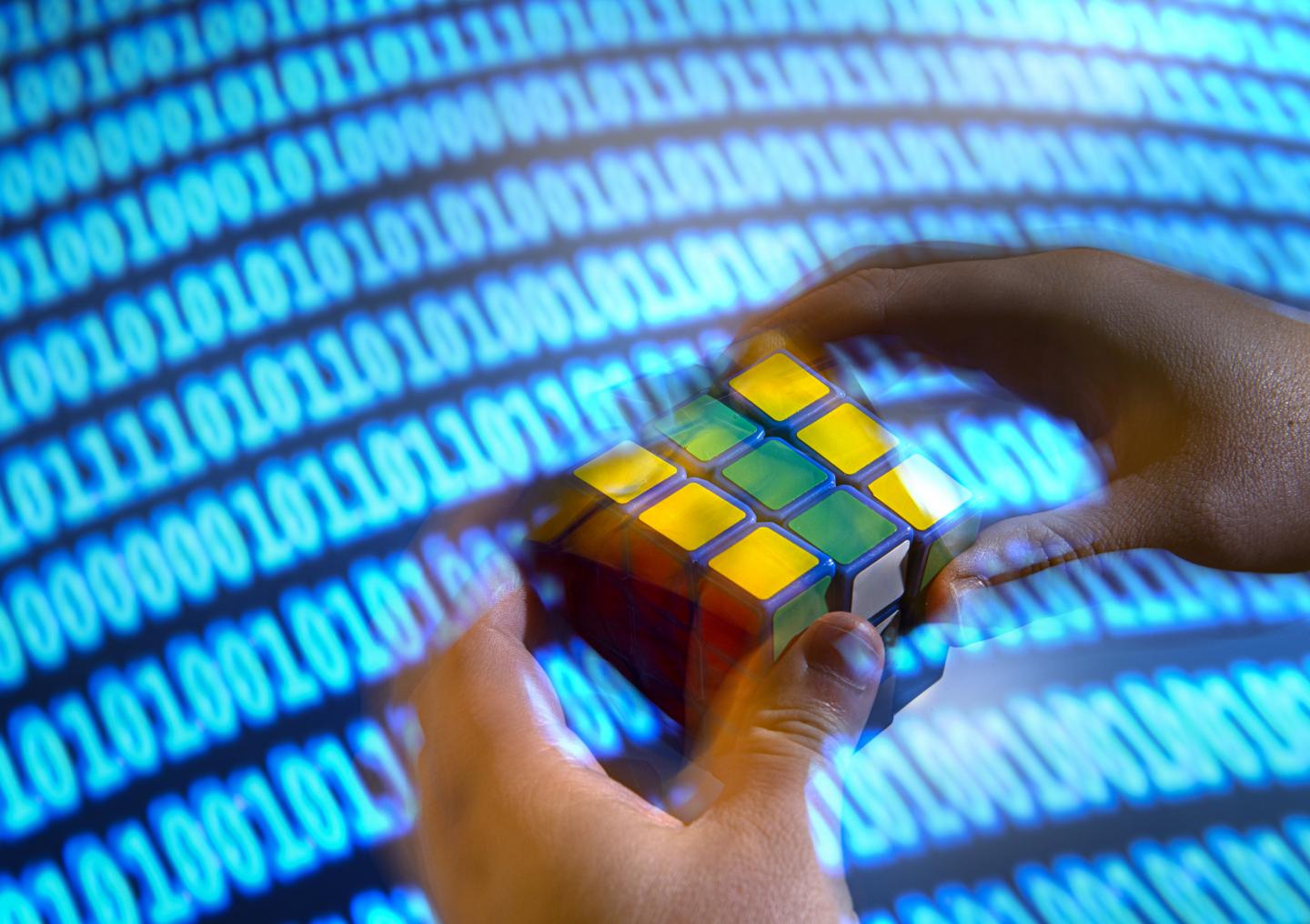 Irvine, Calif., July 15, 2019 – Since its invention by a Hungarian architect in 1974, the Rubik’s Cube has furrowed the brows of many who have tried to solve it, but the 3D logic puzzle is no match for an artificial intelligence system created by researchers at the University of California, Irvine.

DeepCubeA, a deep reinforcement learning algorithm programmed by UCI computer scientists and mathematicians, can find the solution in a fraction of a second, without any specific domain knowledge or in-game coaching from humans. This is no simple task considering that the cube has completion paths numbering in the billions but only one goal state – each of six sides displaying a solid color – which apparently can’t be found through random moves.

For a study published today in Nature Machine Intelligence, the researchers demonstrated that DeepCubeA solved 100 percent of all test configurations, finding the shortest path to the goal state about 60 percent of the time. The algorithm also works on other combinatorial games such as the sliding tile puzzle, Lights Out and Sokoban.

“Artificial intelligence can defeat the world’s best human chess and Go players, but some of the more difficult puzzles, such as the Rubik’s Cube, had not been solved by computers, so we thought they were open for AI approaches,” said senior author Pierre Baldi, UCI Distinguished Professor of computer science. “The solution to the Rubik’s Cube involves more symbolic, mathematical and abstract thinking, so a deep learning machine that can crack such a puzzle is getting closer to becoming a system that can think, reason, plan and make decisions.”

The researchers were interested in understanding how and why the AI made its moves and how long it took to perfect its method. They started with a computer simulation of a completed puzzle and then scrambled the cube. Once the code was in place and running, DeepCubeA trained in isolation for two days, solving an increasingly difficult series of combinations.

“It learned on its own,” Baldi noted.

There are some people, particularly teenagers, who can solve the Rubik’s Cube in a hurry, but even they take about 50 moves.

“Our AI takes about 20 moves, most of the time solving it in the minimum number of steps,” Baldi said. “Right there, you can see the strategy is different, so my best guess is that the AI’s form of reasoning is completely different from a human’s.”

The veteran computer scientist said the ultimate goal of projects such as this one is to build the next generation of AI systems. Whether they know it or not, people are touched by artificial intelligence every day through apps such as Siri and Alexa and recommendation engines working behind the scenes of their favorite online services.

“But these systems are not really intelligent; they’re brittle, and you can easily break or fool them,” Baldi said. “How do we create advanced AI that is smarter, more robust and capable of reasoning, understanding and planning? This work is a step toward this hefty goal.”

Research details impact of energy development on deer habitat use