Irvine, CA – November 15, 2021 – In a University of California, Irvine-led study, researchers revealed a striking pattern following a functional screen of extracts from plants collected in Muir Woods National Monument, in coastal redwood forest land in California.  They found plants with a long history of use by Native Americans as topical analgesics, were often also used as gastrointestinal aids. 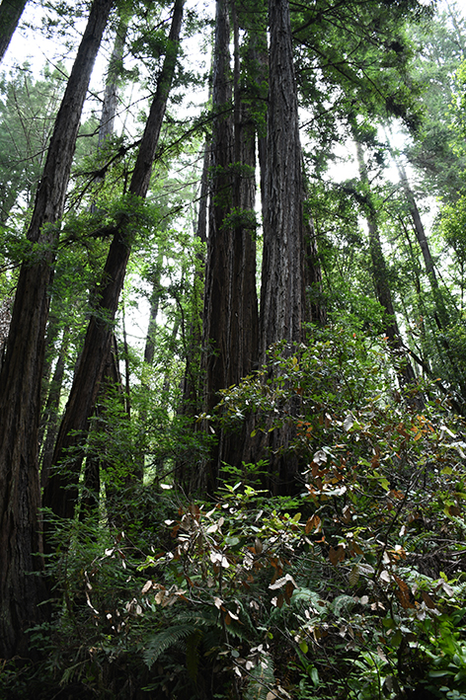 Irvine, CA – November 15, 2021 – In a University of California, Irvine-led study, researchers revealed a striking pattern following a functional screen of extracts from plants collected in Muir Woods National Monument, in coastal redwood forest land in California.  They found plants with a long history of use by Native Americans as topical analgesics, were often also used as gastrointestinal aids.

The study, published today in Frontiers in Physiology, found plants that activated the KCNQ2/3 potassium channel, a protein that passes electrical impulses in the brain and other tissues, showed a long history of use by Native Americans as topical analgesics, to treat conditions such as insect bites, stings, sores and burns. Less intuitively, the same plants that activated KCNQ2/3 and were used as folk analgesics, were often also used as gastrointestinal aids, especially for preventing diarrhea.

“Done in collaboration with the US National Parks Service, this study illustrates how much there is still to learn from the medicinal practices of Native Americans, and how, by applying molecular mechanistic approaches we can highlight their ingenuity, provide molecular rationalizations for their specific uses of plants, and potentially uncover new medicines from plants,” said Geoffrey Abbott, PhD, a professor in the Department of Physiology and Biophysics at the UCI School of Medicine.

KCNQ2/3 is present in nerve cells that sense pain, and its activation would be expected to soothe pain by disfavoring transmission of the pain signal. The breakthrough finding came when the team discovered that the same plant extracts that activate KCNQ2/3 have the opposite effect on the related intestinal potassium channel, KCNQ1-KCNE3. This finding was striking as previous studies on modern medicines showed that KCNQ1-KCNE3 inhibitors can prevent diarrhea.

The Abbott Lab is currently undertaking a much broader screen of native US plants toward these goals. Already they have shown that quercetin and tannic and gallic acids, present in several of the plants studied, explained many of the beneficial effects of the plants.  The team also identified binding sites on the channel proteins that produce the effects.

With this knowledge at the molecular level of compounds that can activate versus inhibit closely related human ion channel proteins, future work can be directed at improving drug specificity and therefore safety, while retaining efficacy. More specifically, medicinal chemistry approaches can be applied to further optimize the plant compounds with the goal of treating pain and secretory diarrhea.

“I personally am very excited about the paper; it was my lab’s first published collaboration with the National Park Service, and it shines a light on the incredible ingenuity and medicinal wisdom of Californian Native American tribes,” said Abbott.

The public health implications for improved drugs in these areas are considerable. Novel, non-opioid analgesics are highly sought after as we battle the twin public health concerns of chronic pain and opioid addiction. In addition, according to the CDC, diarrheal diseases account for 1 in 9 child deaths worldwide; incredibly, diarrhea kills over 2000 children every day worldwide – more than AIDS, malaria and measles combined.

About the UCI School of Medicine: Each year, the UCI School of Medicine educates more than 400 medical students, and nearly 150 doctoral and master’s students. More than 700 residents and fellows are trained at UCI Medical Center and affiliated institutions. The School of Medicine offers an MD; a dual MD/PhD medical scientist training program; and PhDs and master’s degrees in anatomy and neurobiology, biomedical sciences, genetic counseling, epidemiology, environmental health sciences, pathology, pharmacology, physiology and biophysics, and translational sciences. Medical students also may pursue an MD/MBA, an MD/master’s in public health, or an MD/master’s degree through one of three mission-based programs: Health Education to Advance Leaders in Integrative Medicine (HEAL-IM), Leadership Education to Advance Diversity-African, Black and Caribbean (LEAD-ABC), and the Program in Medical Education for the Latino Community (PRIME-LC). The UCI School of Medicine is accredited by the Liaison Committee on Medical Accreditation and ranks among the top 50 nationwide for research. For more information, visit som.uci.edu.