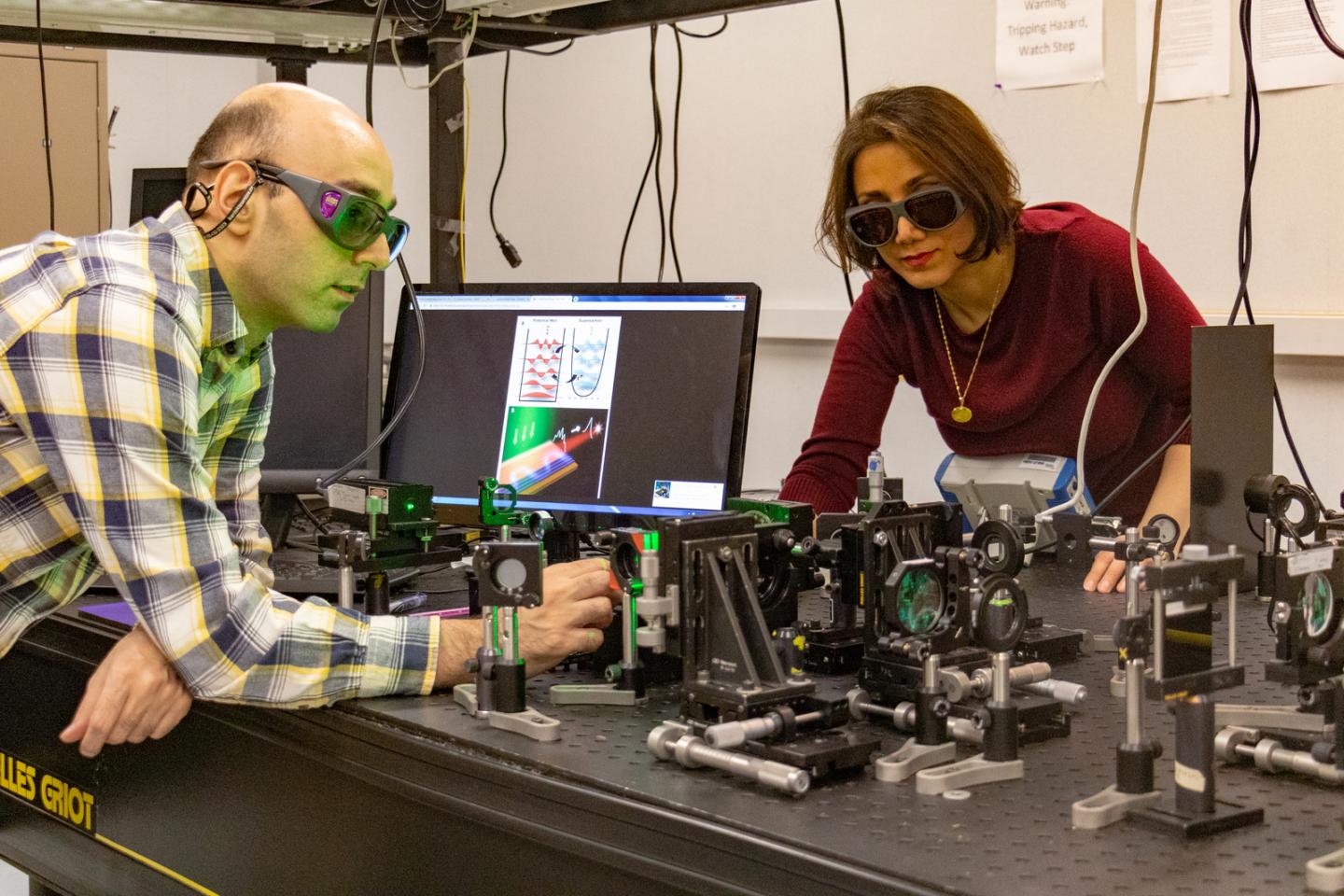 A team of University of Central Florida researchers has overcome a long-standing problem in laser science, and the findings could have applications in surgery, drilling and 3D laser mapping.

Using the principle of supersymmetry, they have developed the first supersymmetric laser array. Their findings were published recently in the journal Science.

Supersymmetry is a conjecture in physics that says every particle of matter, such as an electron, has one or more superpartners that is the same except for a precise difference in their momentum.

“This is the first demonstration of a supersymmetric laser array that is promising to meet the needs for high power integrated laser arrays with a high-quality beam emission,” said study co-author Mercedeh Khajavikhan, an associate professor of optics and photonics in UCF’s College of Optics and Photonics.

Khajavikhan lead the team that developed the laser array, which is comprised of rows of lasers and is able to produce large output power and high beam quality.

This is a first array that consistently generates high radiance, as previous designs have resulted in degraded beam quality.

Khajavikhan said that earlier work by Demetrios Christodoulides, a Pegasus professor of optics and photonics, Cobb Family Endowed Chair in the college and study co-author, suggested the use of supersymmetry in optics and her team has explored it further in its studies.

“However, it is only recently that my group managed to bring these ideas in actual laser settings, where such notions can be fruitfully used to address real problems in photonics,” she said.

The trick in her team’s laser arrays is spacing lasers beside each other using calculations that take into account supersymmetry.

She said this development is very important in many areas that a high-power integrated laser is needed.

“We foresee many applications of supersymmetric laser arrays in medicine, military, industry and communications, wherever there is a need for high power integrated laser arrays having a high beam quality,” Khajavikhan said.

One exciting application could be in the use of LIDAR, which uses lasers to survey and map 3D terrain and is used in fields such as self-driving cars, archaeology, forestry, atmospheric physics and more.

“LIDAR requires a high-power and high-beam quality laser,” Khajavikhan said. “Currently, because of the lack of this type of lasers in integrated form, they use other kinds of lasers. The supersymmetric laser provides an integrated high-power laser solution that also shows high beam quality.”

Co-authors of the study include Mohammad P. Hokmabadi, the study’s lead author and a postdoctoral associate in the College of Optics and Photonics; Nicholas S. Nye, a graduate research assistant in the college; and Ramy El-Ganainy, an associate professor at Michigan Technological University and a UCF alumni.

Khajavikhan received a doctorate in electrical engineering from the University of Minnesota and master’s and bachelor’s degrees in electronics from Amirkabir University of Technology in Iran. She joined UCF in 2012.