When astronaut Scott Kelly returned from a year-long trip aboard the International Space Station (ISS), lab tests revealed telomeric and pre-leukemic changes in his blood cells. These sorts of cellular changes had been observed in blood before, but only after decades of human aging. 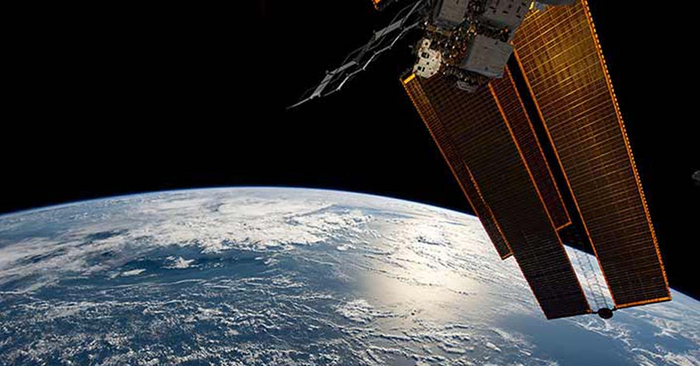 When astronaut Scott Kelly returned from a year-long trip aboard the International Space Station (ISS), lab tests revealed telomeric and pre-leukemic changes in his blood cells. These sorts of cellular changes had been observed in blood before, but only after decades of human aging.

Increasing evidence suggests that space and its lack of gravity can simulate and quicken aging in human stem cells, including those that give rise to blood cells. But understanding this process is not only useful for keeping astronauts healthy — it could also teach us how to prevent the effects of aging on Earth.

On November 22, 2022, the UC San Diego Sanford Stem Cell Institute will lead its first launch of hematopoietic (blood) stem cells into space. This is the third time stem cells have been launched onto the ISS as part of UC San Diego’s Integrated Space Stem Cell Orbital Research (ISSCOR) Center, established in collaboration with the National Aeronautics and Space Administration (NASA).

“ISSCOR is teaching us a lot about how space and aging may affect stem cell biology, but if we can’t reproduce the results, we don’t have a scientific advance,” said Catriona Jamieson, MD, PhD, director of the Sanford Stem Cell Institute and Koman Family Presidential Endowed Chair in Cancer Research at UC San Diego School of Medicine. “This is our third trip sending stem cells into space, so we’re hoping it’s a hat trick.”

Jessica Pham, manager of the ISSCOR Center, agreed: “Our mission for this launch is to add rigor and reproducibility to these experiments — we’re using gravity to produce gravitas.”

Research by Jamieson and colleagues has shown that stem cells age differently in different people, but scientists are still looking to understand how much that is based on hardwired genetic influences or the unique microenvironment of each individual’s body.

For example, studies show that when the bone marrow environment becomes inflamed, this can put stress on dividing blood stem cells and damage their DNA, which may eventually lead to pre-leukemic blood disorders.

“It’s increasingly clear that the way stem cells age depends on what they are exposed to, and the more we understand this process, the more precisely we can intercept cancer development and turn back the clock on human aging,” said Jamieson.

Researchers at the Sanford Stem Cell Institute will use space as a sort of ‘aging accelerator,’ first confirming that the microgravity environment accurately mimics human aging, and then using that to further dissect the aging process. The study will inform scientists’ and clinicians’ understanding of stem cell aging without having to rely on lengthy and expensive clinical trials monitoring Earthbound humans as they age.

The experiments are the start of a growing scientific enterprise in space, where the controlled environment and economical pace could advance multiple areas of health sciences research. Future launches will test additional features of stem cell biology, as well as explore aging in other tissue types, including the liver and the brain.

The launch is an important early achievement for the new institute, established in September 2022 through a $150 million gift from philanthropist and investor, T. Denny Sanford.

“The bold and generous investment by T. Denny Sanford was only announced two months ago and we are already breaking new ground on ways to develop and deliver the therapeutic promise of human stem cells,” said Corinne Peek-Asa, PhD, vice chancellor for Research at UC San Diego. “This collaboration between NASA and our Sanford Stem Cell Institute does what UC San Diego’s collaborative and groundbreaking community does best — working to address a variety of problems with novel, and in this case, literally out-of-this-world tactics.”