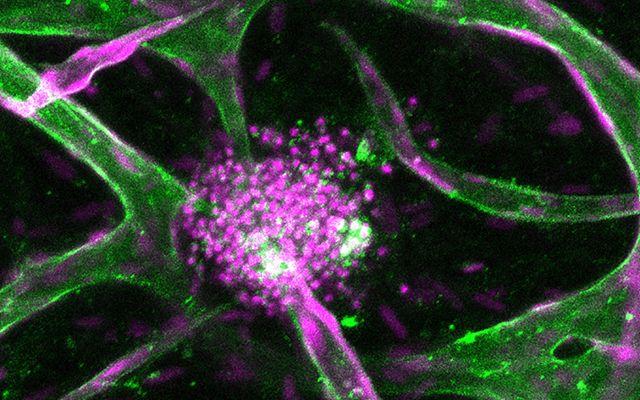 “We are using technology that, for the first time, allows us to create human conditions that mimic type 1 diabetes in a culture dish in order to understand the mechanism or genes by which beta cells are killed,” said Maike Sander, MD, professor in the departments of Pediatrics and Cellular and Molecular Medicine at UC San Diego School of Medicine and co-principal investigator on both grants. “Our hope is that we can generate the information we need to eventually make beta cells survive in people living with type 1 diabetes.”

A $3.8 million grant funds work co-led by Sander and Kyle Gaulton, PhD, assistant professor in the Department of Pediatrics and the Pediatrics Diabetes Research Center, to decipher the function of genes associated with genetic risk for type 1 diabetes using a high resolution reference map of pancreatic cells. Sander, Gaulton and colleagues are designing the map after receiving an NIH grant in 2018.

“A unique aspect of this project is to determine how pancreatic beta cells are affected in type 1 diabetes through a combination of both your genes and your environment,” said Gaulton, who brings expertise in genetics and genomics of diabetes into the project. “Our goal is to identify genes that protect beta cells from immune responses that occur during the development of type 1 diabetes, and which may represent novel therapeutic targets in preventing disease onset.”

This information can then be tested using an islet-on-a-chip (human organoid) being developed with the second $5.1 million NIH grant to study the immune attack on beta cells in the dish. Human organoids are miniaturized, 3D versions of an organ.

At UC Irvine, the Hughes lab has created an organ chip that allows living blood vessels to provide nutrients to tissues growing in the lab.

“We are growing human islets in culture that are supported (that is, fed) by perfused human blood vessels. All organs in the body receive their nutrients through blood vessels and we are capturing this process in the lab,” said Hughes. “Under these conditions, we expect the islets to behave much more like they do in the body than if we had grown them using standard procedures, which have not changed much in the last 30 years.”

Immune cells from the blood of the same person whose hiPSC were used to induce beta cells in the human organoid will be fed into the organoid to watch the immune system response to the beta cells.

“We will activate and deactivate genes we think are involved in whether beta cells live or die. We want to know what causes the attack on beta cells because no one has been able to identify it,” said Sander, who is also director of the Pediatric Diabetes Research Center, co-director of the Center on Diabetes in the Institute of Engineering in Medicine and a member of the Sanford Stem Cell Clinical Center. “We recognize that people who are living with type 1 may still have beta cells. If we can rescue those cells we may be able to help with blood glucose management and provide a clinical improvement.”

Part of the immune strategy of the strawberry plant is characterized

Scienmag Jun 14, 2019
Credit: University of Cordoba Seven years have gone by since the first publication of the strawberry…