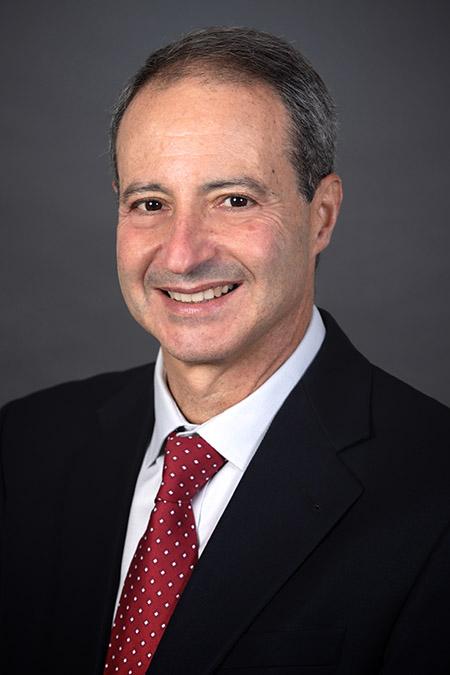 Considered one of the highest honors in the fields of health and medicine, J. Silvio Gutkind, PhD, Distinguished Professor of Pharmacology at University of California San Diego School of Medicine and associate director for basic science at Moores Cancer Center, has been elected to the National Academy of Medicine (NAM).

New members are elected by current members through a process that recognizes individuals who have made major contributions to the advancement of the medical sciences, health care and public health.

Gutkind is being recognized by his peers for his contributions in the understanding of cancer signaling networks, and pioneering the study of the PIK3CA-mTOR signaling circuitry — which is important in regulating the cancer cell growth — in oral, head and neck cancer progression, metastasis, and in therapy resistance.

“Silvio’s arrival at Moores Cancer Center has had a transformative impact on our scientific, translational and educational efforts at all levels,” said Scott M. Lippman, director of UC San Diego Moores Cancer Center, who is co-leading a National Cancer Institute-funded study with Gutkind that aims to develop therapeutic options to intercept and prevent oral cancer development in patients with precancerous lesions of the mouth.

“Silvio’s contributions go well beyond head and neck cancer. His research has led to novel preclinical models and strategies for treating and preventing many types of malignancies.”

Gutkind’s research focuses on intracellular signaling circuitries, or cell communication systems. His team discovered that the aberrant activation of a molecule known as mTOR is one of the earliest and most widespread dysregulated signaling events in head and neck cancer, a disease that affects more than 63,000 patients and results in 13,000 deaths in the United States.

“It is a true privilege to be elected as a member of the National Academy of Medicine,” said Gutkind. “I am most proud of our team’s contributions towards understanding the molecular basis of cancer. Based on these early findings, I have had the opportunity to lead a multidisciplinary and multi-institutional effort aimed at exploring the biochemical consequences and clinical benefits of treating newly diagnosed head and neck cancer patients with mTOR inhibitors.

“In a recently reported clinical trial we showed that mTOR inhibition was effective in reducing more than 30 percent of tumor volume in 25 percent of head and neck cancer patients. Building on these encouraging results, we have launched a new clinical program at UC San Diego Health repurposing an antidiabetic agent, metformin, which inhibits mTOR in oral premalignant lesions, to prevent their progression to oral cancer.”

Advances in immunotherapy have changed the landscape of therapeutic options for head and neck cancer patients, said Gutkind. However, not all patients respond to this therapy. He would like to improve its effectiveness using combination therapies.

“At UC San Diego Health, our current efforts are focused on co-targeting the mTOR signaling circuitry with immune oncology agents as a novel multimodal precision immunotherapy strategy aimed at achieving durable responses and cancer remission,” said Gutkind. “We are also harnessing the power of computational biology to identify new treatment options for multiple human malignancies, including ocular melanoma, appendix, colon and pancreatic cancers, as well as targeting chemokine receptors in immune cells to enhance the response rate to current immunotherapies.”

Gutkind’s contributions to science and medicine has previously been recognized with the 2017 Outstanding Scientist Award from the International Association of Dental Research, the 2015 Research & Hope Award for “Excellence in Academic Research” from the Pharmaceutical Research and Manufacturers of America, a National Institutes of Health (NIH) Distinguished Scientist Award and more.

About the National Academy of Medicine

A close look at a sticky situation