University of California San Diego computer scientist Vineet Bafna is part of a team of world-class researchers that has been awarded a five-year, $25 million Cancer Grand Challenges grant to learn how the destructive genetic lesion extrachromosomal DNA (ecDNA) influences numerous cancers and to identify possible therapies. 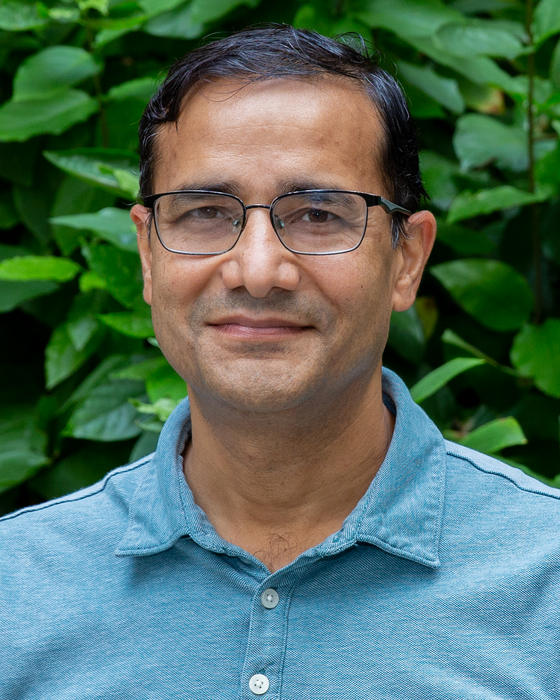 University of California San Diego computer scientist Vineet Bafna is part of a team of world-class researchers that has been awarded a five-year, $25 million Cancer Grand Challenges grant to learn how the destructive genetic lesion extrachromosomal DNA (ecDNA) influences numerous cancers and to identify possible therapies.

The team will investigate the mechanisms that drive ecDNA—small, circular pieces of genetic information that allow cancer cells to rapidly evolve and become resistant to even the most potent anti-cancer treatments. These genetic anomalies appear in about a third of cancers, promote aggressive tumor behavior and generate poor patient outcomes.

“In many cancers, DNA replication and repair machinery is so dysregulated that we begin to see gross abnormalities in the genome; it is no longer a stable molecule,” said Bafna, a professor in UC San Diego’s Department of Computer Science and Engineering and a faculty member in the university’s Halıcıoğlu Data Science Institute. “Fragments of genetic material break away from their native locations on chromosomes, forming small, circular molecules that are capable of independent regulation.

“These breakaway fragments can duplicate tumor-promoting oncogenes, making 20, 50, maybe 100 copies, helping cancers become more aggressive and resist treatments. While their existence has been known for nearly 80 years, their prevalence in cancer was not fully appreciated until recently,” Bafna said.

Bafna will be part of a research all-star team led by Paul Mischel, research Vice Chair in the Stanford University Department of Pathology. The group combines expertise in cancer genomics, yeast genetics, epigenomics, patient tracking, machine learning and mathematical modeling, immunobiology, chemistry and other disciplines to interrogate ecDNA’s role in cancer and develop new therapeutic options against it.

“We’re poised to transform the collective understanding of many aggressive forms of cancer and provide new insight into how to diagnose, monitor and treat patients for whom current therapies do not work,” said Mischel.

For this project, Bafna will help spearhead the computational genomics analyses. He has been working for years with Mischel and others to develop mathematical and computational techniques to identify ecDNA and other structural changes in chromosomes.

For example, his group maps short (150 base pair) ecDNA fragments to a reference genome to look for duplications, as well as evidence of rearrangements linked to tumor genomes. Using optical mapping technology, they seek to clarify the complex interrelationships between these rogue DNA elements and remaining chromosomes. In a complementary approach, Bafn’s lab has pioneered deep learning methods to detect and quantify ecDNA in cellular images.

“If a region is sampled about 30 times in a normal genome, and 300 times in the cancer genome, you know it has been amplified by a factor of ten,” said Bafna. “However, understanding the architecture of the rearranged genome is more fundamental; it explains how the regulatory circuit is rewired in ecDNA, and if new enhancer elements have been hijacked to further dysregulate oncogene expression.”

This work is becoming increasingly important because ecDNAs are, unfortunately, quite common. Bafna and colleagues have found them in lung and kidney cancers, melanomas and glioblastomas. Duplications were particularly high in glioblastomas, the deadliest type of brain cancer. So far, they’ve found ecDNA in 40% of the tumors they’ve investigated.

“These structural variations are both incredibly important and understudied,” said Bafna. “Now, we can begin to fill in the knowledge gap on ecDNA origin, function and evolution and find ways to counteract it.”