Nicknamed ‘Scotty,’ the record-breaking rex is also the largest dinosaur skeleton ever found in Canada. 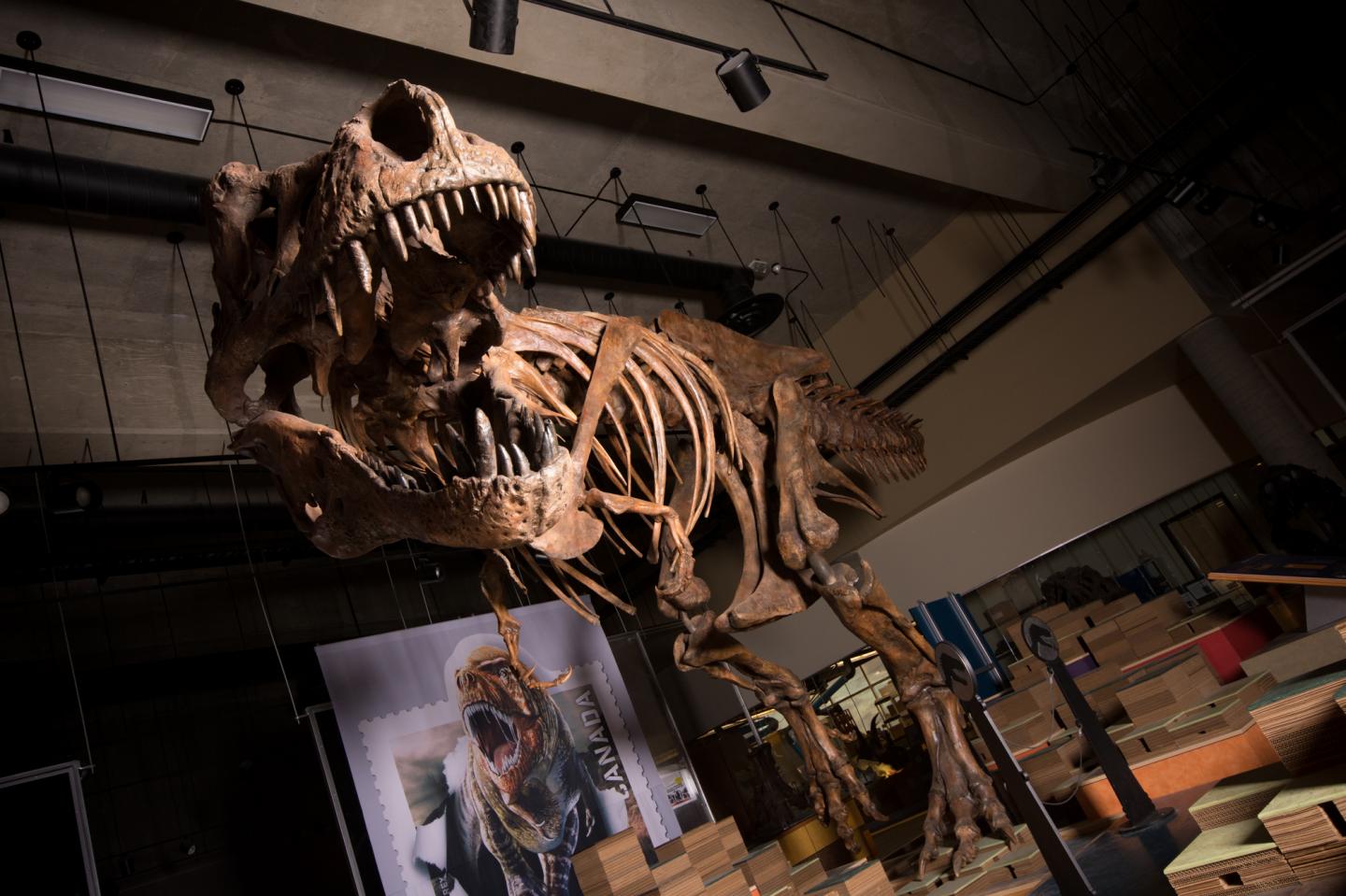 “This is the rex of rexes,” said Scott Persons, lead author of the study and postdoctoral researcher in the Department of Biological Sciences. “There is considerable size variability among Tyrannosaurus. Some individuals were lankier than others and some were more robust. Scotty exemplifies the robust. Take careful measurements of its legs, hips, and even shoulder, and Scotty comes out a bit heftier than other T. rex specimens.”

Scotty, nicknamed for a celebratory bottle of scotch the night it was discovered, has leg bones suggesting a living weight of more than 8,800 kg, making it bigger than all other carnivorous dinosaurs. The scientific work on Scotty has been a correspondingly massive project.

The skeleton was first discovered in 1991, when paleontologists including T. rex expert and UAlberta professor Phil Currie were called in on the project. But the hard sandstone that encased the bones took more than a decade to remove–only now have scientists been able to study Scotty fully-assembled and realize how unique a dinosaur it is.

It is not just Scotty’s size and weight that set it apart. The Canadian mega rex also lays claim to seniority.

“Scotty is the oldest T. rex known,” Persons explains. “By which I mean, it would have had the most candles on its last birthday cake. You can get an idea of how old a dinosaur is by cutting into its bones and studying its growth patterns. Scotty is all old growth.”

But age is relative, and T. rexes grew fast and died young. Scotty was estimated to have only been in its early 30s when it died.

“By Tyrannosaurus standards, it had an unusually long life. And it was a violent one,” Persons said. “Riddled across the skeleton are pathologies–spots where scarred bone records large injuries.”

Among Scotty’s injures are broken ribs, an infected jaw, and what may be a bite from another T. rex on its tail–battle scars from a long life.

“I think there will always be bigger discoveries to be made,” said Persons “But as of right now, this particular Tyrannosaurus is the largest terrestrial predator known to science.”

A new exhibit featuring the skeleton of Scotty is set to open at the Royal Saskatchewan Museum in May 2019.

The paper, “An Older and Exceptionally Large Adult Specimen of Tyrannosaurus rex,” was published in The Anatomical Record (doi:10.1002/ar.24118).

Like mountaineers, nerves need expert guidance to find their way

Scienmag Jul 24, 2019
The next solar cycle is predicted to take off within a yearCredit: ©UCAR Visualization: Mausumi Dikpati, NCAR …