Researchers at the University of Toronto have identified hundreds of new proteins that could play a role in cystic fibrosis, and which may shed light on why some patients respond better than others to current therapies. 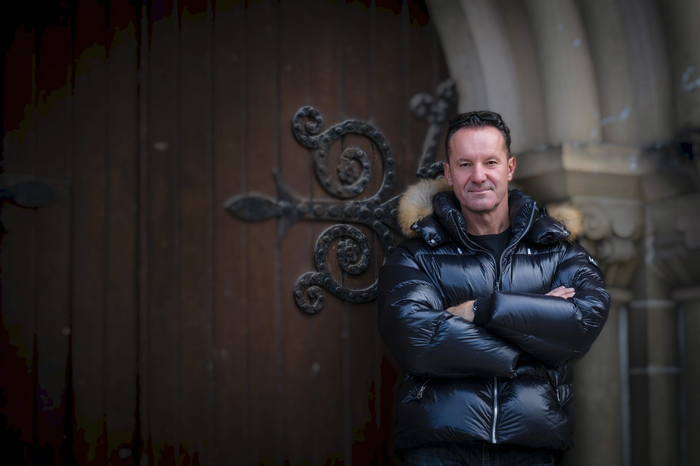 Researchers at the University of Toronto have identified hundreds of new proteins that could play a role in cystic fibrosis, and which may shed light on why some patients respond better than others to current therapies.

Many of these proteins — part of a group of druggable molecules called membrane proteins — interact with the CFTR protein, which when missing or faulty leads to the build-up of mucous in the lungs and other organs that is often fatal in cystic fibrosis.

“We identified more than 400 proteins associated with either healthy or mutant CFTR, and have shown that some of them could predict the variability seen in patient symptoms and treatment responses,” said Igor Stagljar, principal investigator on the study and a professor in the Donnelly Centre for Cellular and Biomolecular Research at U of T’s Temerty Faculty of Medicine.

“With a more comprehensive view of the CFTR protein interaction network, we can identify novel drug targets that should enable more patient-specific therapies,” Stagljar said.

The journal Molecular Systems Biology published the findings today, and featured them on the cover of its February issue.

To help identify protein-protein interactions involving CFTR, the researchers developed a new technology based on a platform they designed in 2014. The approach is a high-throughput version of their Mammalian Membrane Two-Hybrid system, and it allows for screening of many more membrane proteins that associate with a specific protein.

“The earlier design was array-based, and we could only screen about 200 proteins at a time,” said Stagljar, who is also a professor of biochemistry and molecular genetics at U of T. “With this new technology, we’ve introduced several changes that allow us to screen thousands of protein targets simultaneously, in a pooled manner.”

Stagljar and his lab used the technology to find several overlooked proteins, including many membrane proteins that may play a role in CFTR function and cystic fibrosis. Membrane proteins account for roughly one-third of all proteins in cells and about 65 per cent of all drug therapy targets.

One especially promising candidate the team found is the Fibrinogen-like 2 protein, thought to play a role in hepatitis, liver disease and immune function. Downregulation of this protein, the team showed, leads to increased expression of CFTR in organoids — 3D in vitro models that show how cells interact in an organ, in this case with patient-derived gut tissues.

“We think Fibrinogen-like 2 protein is a valuable drug target for cystic fibrosis, and we’re now working with our collaborators to validate other proteins that turned up in this study and in genome-wide association studies,” Stagljar said.

Cystic fibrosis affects over 90,000 people globally. The disease can arise when children inherit two mutated CFTR genes, one from each parent, resulting in defective CFTR proteins on the surface of cells in the lungs and other organs.

About 2,000 known mutations of the CFTR gene can cause the disease, and drug treatments are often tailored based on each patient’s genetic profile. Some of those treatments have shown remarkable success in the last decade by restoring function of the CFTR protein. But treatment response can vary widely, even among patients who share the same mutation.

Stagljar said that while researchers have long suspected that those variations in treatment response hinge on secondary genetic modifiers and environmental factors, the current study strongly suggests proteins that physically associate with CFTR are one of those factors.

Two members of the Stagljar lab were co-first authors on the paper. Dr. SangHyun Lim, a biochemistry doctoral student at the time of the study who is now a postdoctoral researcher at Genentech, and senior research associate Dr. Jamie Snider.

Stagljar said both were instrumental in the research, and show that the university continues to train and benefit from great research talent. Both worked closely with other labs on the project, in particular at U of T, The Hospital for Sick Children and the University of Lisboa in Portugal.

“This study represents a breakthrough in proteomics and cystic fibrosis, but it would have been impossible without our many collaborators,” said Stagljar. “We developed the technology, but we’re not experts in cystic fibrosis, physiology and other fields, so we teamed up with the best and they made it happen — that’s how science works nowadays.”

Dr. Igor Stagljar is named as a co-inventor on a patent for the MaMTH technology.