Type 2 diabetes, it all starts in the liver 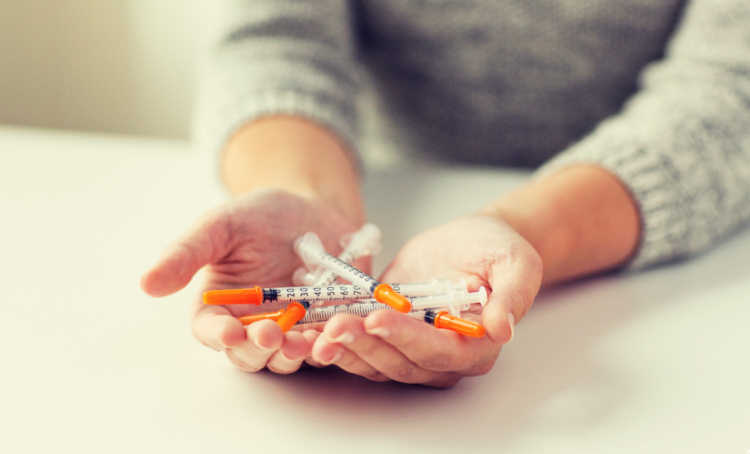 Affecting as many as 650 million people worldwide, obesity has become one of the most serious global health issues. Among its detrimental effects, it increases the risk of developing metabolic conditions, and primarily type-2 diabetes. If the strong links between obesity and type-2 diabetes are well known, the cellular and molecular mechanisms by which obesity predisposes to the development of insulin resistance were so far poorly understood.

Today, scientists from the University of Geneva (UNIGE) unravel the factors linking obesity and insulin resistance, as well as the key role played by the liver in the onset of the disease. By deciphering how the protein PTPR-γ, which is increased in the context of obesity, inhibits insulin receptors located at the surface of liver cells, the scientists open the door to potential news therapeutic strategies. These results can be read in Nature Communications.

The expansion of fat cells, a characteristic of obesity, leads to an increase in inflammatory signals that have effects on the liver as well as on several other organs. Obesity-induced inflammation triggers the activation of a transcription factor called NF-kβ, which seems to be instrumental in the development of diabetes. But what are the exact cellular and molecular mechanisms at stake and how could they lead to new therapeutic strategies? “To answer these questions, we focused on a protein called PTPR-γ (for Protein Tyrosine Phosphatase Receptor Gamma), which is a target of NF-kβ”, explains Professor Roberto Coppari, coordinator of the UNIGE Faculty of Medicine Diabetes Centre. “We first examined various human cohorts: these human studies indicated that PTPR-γ content in liver increases upon inflammation, an effect that could directly affect insulin receptors by inhibiting insulin action”, he adds.
No diabetes without PTPR-γ

To test their hypothesis, the scientists modified the levels of PTPR-γ expression in mice, by either supressing, normally expressing or overexpressing it, and observed the effect on insulin resistance. “The mice totally lacking PTPR-γ, when put on a high-calorie diet, did develop obesity. But they did not show any sign of insulin resistance and seemed to be entirely protected from diet-induced diabetes”, explains Xavier Brenachot, a researcher at UNIGE Faculty of Medicine and first author of this study. The scientists also administered lipopolysaccharide, a toxin pertaining to certain bacteria of the gut microbiota associated with obesity and insulin resistance. Once again, the animals lacking PTPR-γ did not develop insulin resistance.

To fine-tune their analysis, Roberto Coppari and his colleagues reconstituted the expression of PTPR-γ at normal levels, but only in hepatocytes (liver cells). The mice were again prone to insulin resistance, indicating the pivotal role of the liver. Moreover, a two-fold overexpression in the liver (mimicking the natural pathophysiology of obesity) was sufficient to cause insulin resistance.

The metabolic functions of this protein were never characterized; this discovery therefore opens the door for potential new therapies. Previous studies had already studied PTP proteins in search for diabetes treatments, unfortunately to no avail. However, contrary to some of its family members that are intracellular, the protein identified in Geneva is located on the cell membrane. It is therefore of much easier access for therapeutic molecules. Interestingly, the very form of this protein allows for potential inhibition strategies: when two independent PTPR-γ molecules are brought together by a ligand, they cannot act any more. The researchers are now working on identifying the endogenous ligand produced by the body, or on developing molecules that could mimic its function.

From bedside to the lab, and back: how translational research shapes tomorrow’s medicine

“This study would not have been possible without the UNIGE Faculty Diabetes Centre, established in 2015 to enhance interactions between clinical and basic researchers”, indicates Roberto Coppari. “Indeed, our research started with clinical observations made by Prof. Francesco Negro – also a member of UNIGE Faculty Diabetes Centre – at the University Hospitals of Geneva. We now hope that our pre-clinical and clinical results will in turn be translated into clinical progress and contribute to a better management of type-2 diabetes that, today, affects 1 in 11 adults globally, or 422 million people.”