Scientists have demonstrated that normal brain aging is accelerated by approximately 26% in people with progressive type 2 diabetes compared with individuals without the disease, reports a study published today in eLife. 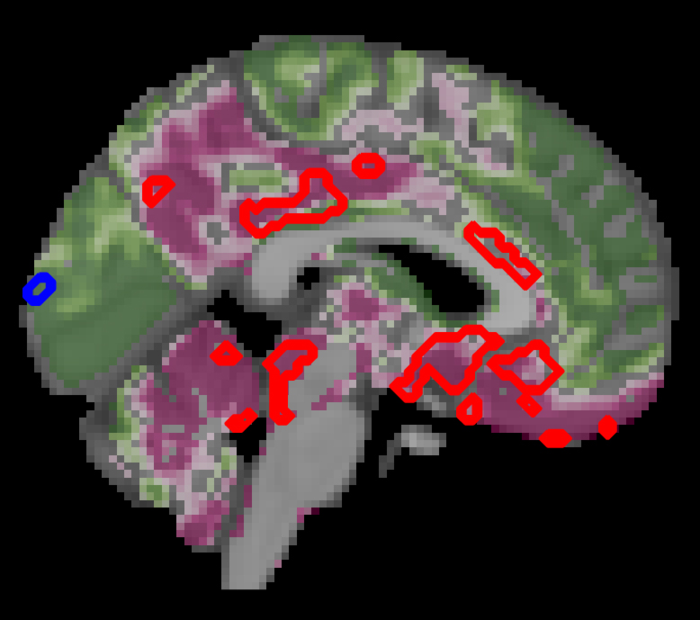 Scientists have demonstrated that normal brain aging is accelerated by approximately 26% in people with progressive type 2 diabetes compared with individuals without the disease, reports a study published today in eLife.

The results further suggest that by the time type 2 diabetes is formally diagnosed, there may already be significant structural damage to the brain. Sensitive ways to detect diabetes-associated changes to the brain are therefore urgently needed.

There is already strong evidence linking type 2 diabetes with cognitive decline, yet few patients currently undergo a comprehensive cognitive assessment as part of their clinical care. It can be difficult to distinguish between normal brain aging that begins in middle age, and brain aging caused or accelerated by diabetes. To date, no studies have directly compared neurological changes in healthy people over the course of their lifespan with changes to those experienced by people of the same age with diabetes.

“Routine clinical assessments for diagnosing diabetes typically focus on blood glucose, insulin levels and body mass percentage,” says first author Botond Antal, a PhD student at the Department of Biomedical Engineering, Stony Brook University, New York, US. “However, the neurological effects of type 2 diabetes may reveal themselves many years before they can be detected by standard measures, so by the time type 2 diabetes is diagnosed by conventional tests, patients may have already sustained irreversible brain damage.”

To define the impact of diabetes on the brain over and above normal aging, the team made use of the largest available brain structure and function dataset across human lifespan: UK Biobank data from 20,000 people aged 50 to 80 years old. This dataset includes brain scans and brain function measurements and holds data for both healthy individuals and those with a type 2 diabetes diagnosis. They used this to determine which brain and cognitive changes are specific to diabetes, rather than just aging, and then confirmed these results by comparing them with a meta-analysis of nearly 100 other studies.

Their analysis showed that both aging and type 2 diabetes cause changes in executive functions such as working memory, learning and flexible thinking, and changes in brain processing speed. However, people with diabetes had a further 13.1% decrease in executive function beyond age-related effects, and their processing speed decreased by a further 6.7% compared to people of the same age without diabetes. Their meta-analysis of other studies also confirmed this finding: people with type 2 diabetes had consistently and markedly lower cognitive performance compared to healthy individuals who were the same age and similarly educated.

The team also compared brain structure and activity between people with and without diabetes using MRI scans. Here, they found a decrease in grey brain matter with age, mostly in a region called the ventral striatum – which is critical to the brain’s executive functions. Yet people with diabetes had even more pronounced decreases in gray matter beyond the typical age-related effects – a further 6.2% decrease in grey matter in the ventral striatum, but also loss of grey matter in other regions, compared with normal aging.

“Our findings suggest that type 2 diabetes and its progression may be associated with accelerated brain aging, potentially due to compromised energy availability causing significant changes to brain structure and function,” concludes senior author Lilianne Mujica-Parodi, Director of the Laboratory for Computational Neurodiagnostics, Stony Brook University. “By the time diabetes is formally diagnosed, this damage may already have occurred. But brain imaging could provide a clinically valuable metric for identifying and monitoring these neurocognitive effects associated with diabetes. Our results underscore the need for research into brain-based biomarkers for type 2 diabetes and treatment strategies that specifically target its neurocognitive effects.”

And for the latest in Medicine, see https://elifesciences.org/subjects/medicine.